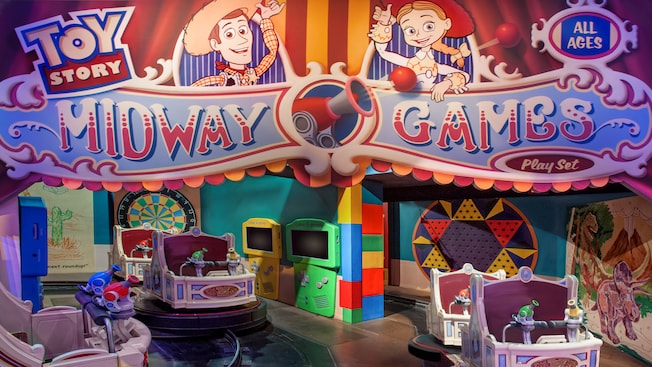 We're sharing the best secrets on how to get the top score on the Toy Story Midway Mania ride at Disneyland and Walt Disney World! Use our tips to amaze your family and friends as you score big on this ride and blow everyone else's scores away. If you do well enough, you can even make it onto the high score board at the end of the attraction!

GET YOUR TICKETS NOW! Our travel partner has huge savings for Disneyland and Walt Disney World vacations! Get exclusive perks like free breakfast, nights free at select hotels, and more! Book Your Package Now> 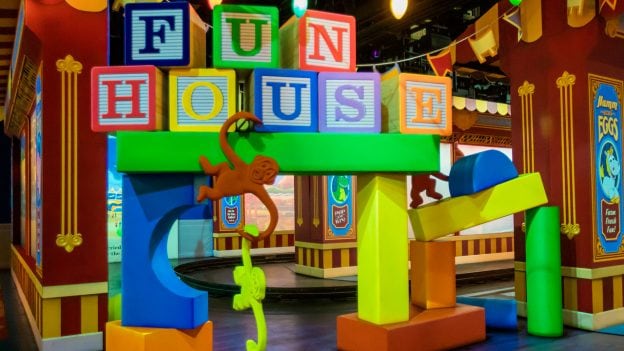 First things first, say ‘sorry, not sorry' to your friends and try to ride alone! This way you don't have a second person in the ride vehicle competing for points and you're free to take as many as possible. But realistically, it's not often you get this option on Toy Story Midway Mania since it is such a popular ride at Disneyland. Better yet if you can bring along a sympathetic buddy who will be your cheerleader rather than your competitor.

2. Conserve Your Energy and Skip the Practice Round 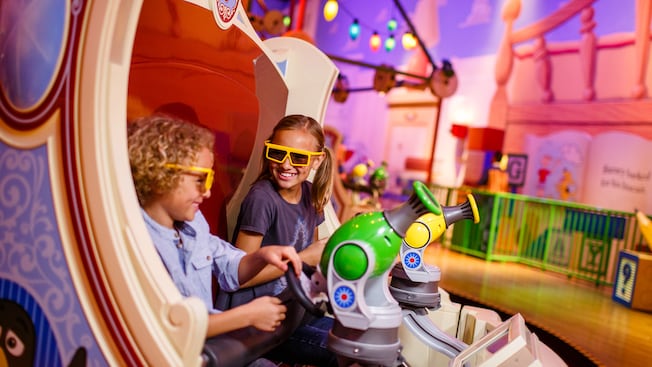 Once the ride begins, skip the practice round since the shots don't earn points and you might as well conserve your energy! Firing those targets can tire out the wrist and you better save those muscles for the game. Don't use your entire arm to pull the string, just use your wrist so you don't tire out so easily. 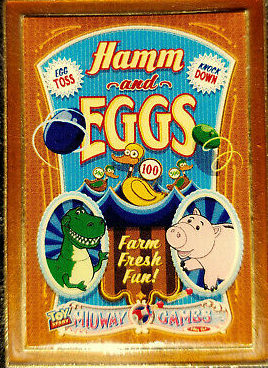 The first official booth you're taken to after the practice round is Ham and Eggs which features targets of barnyard animals with a farm setting background. Your first step is to find any of the 500 point targets which in this case is the gopher in the bottom of the screen! Get those high point targets first then focus on the 100 point pigs on the fence. Once you've hit all of them, higher targets will appear like a 500 point cat. Keep repeating the process and the high targets that appear will increase all the way up to 2000! 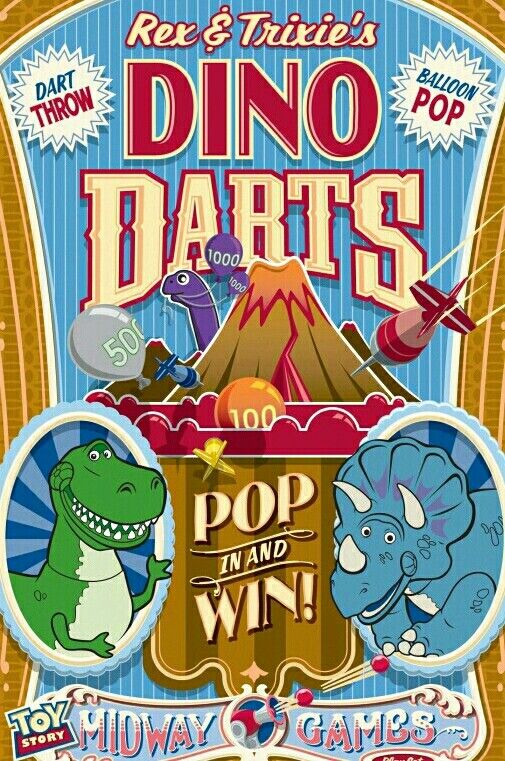 The next booth you're taken to is Rex & Trixie’s Dino Darts which features the volcano and dinosaur setting. The volcano in the center of the screen will have 1000 and 2000 point balloons coming out of the top. Once you finish shooting them all, the volcano will erupt with more 500 point balloons.

Before you clear Rex & Trixie's Dino Darts, make sure to release the meteor shower by shooting the meteor targets in the corners of the screen. If you successfully hit them all it will release a meteor shower of balloons including a 5000 point balloon! 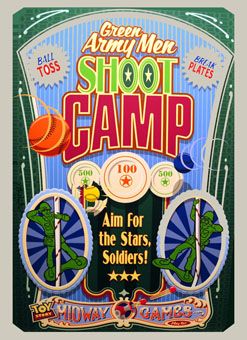 The Green Army Men Shoot Camp booth is one of my favorite parts of this ride. Maybe the sound effects of breaking plates is satisfying on some level? Once the round begins shoot plates like crazy while keeping your eye out for the two 2000 plates that will appear on both the left and right sides of the screen. 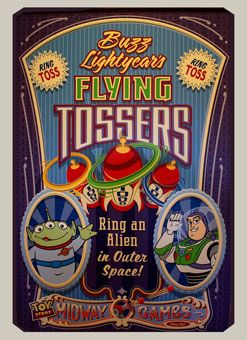 The ride will then cheerfully spin you over to Buzz Lightyear’s Flying Tossers where your goal is to get the aliens loaded in the rocket ship as fast as possible. The trick to success here is ringing all the aliens quickly or the rocket won't launch. If you're successful in quickly ringing them all then the rocket will launch and reveal a Gigantobot. As his mouth opens and closes the point value will increase from 100 points to 2000. 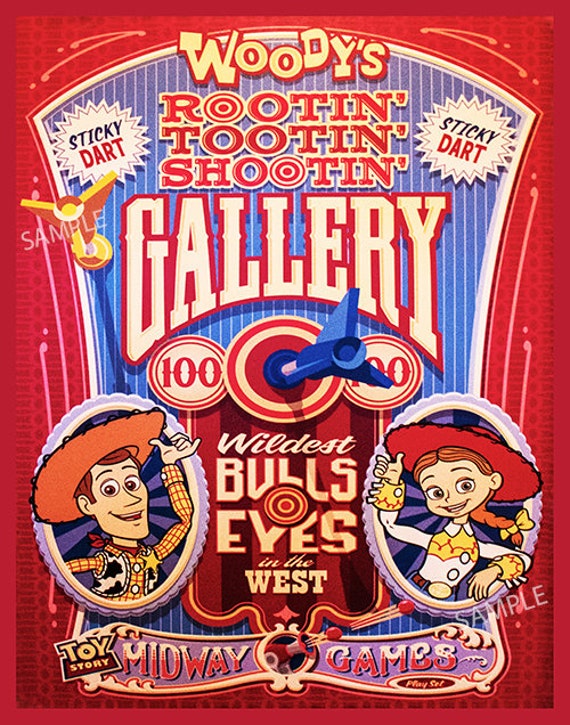 Once you're finished ringing aliens, you will be spun over to Woody’s Rootin’ Tootin’ Shootin’ Gallery where you should try to hit the bullseyes as fast as possible. The quicker you hit them, the faster they will clear revealing higher point targets. Keep your eyes peeled for the 2000 point targets that will show at the bottom of the screen!

9. Stay on Your Toes When the Ride Moves 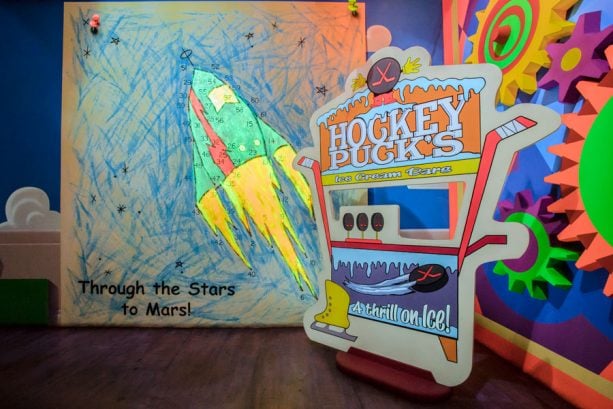 Once you finish the last booth, the ride will start moving to the side and you need to keep shooting those targets! Watch for the bullseye targets under the vulture's tree and aim for those. If you clear them fast enough they will turn into 2000 point targets. 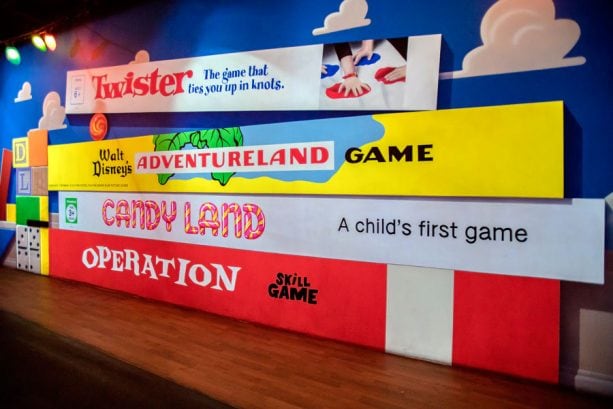 The final round is the mine carts and the only true strategy here is to fire as fast as you can! The faster you fire, the faster the higher point carts will be revealed. Once you finish this round, you'll be taken to the Woody's Bonus Roundup with just one 500 point target to fire at. The faster you fire, the higher your point value on the target will increase beginning at 500 and going up to 2000 points!

Practice makes perfect and utilizing Disneyland's FastPass and MaxPass system can be a great way to keep riding Toy Story Midway Mania again and again to make the high score board at the end of the ride!

Previous Post: Everything That is Coming to the Disney+ Streaming Service in November!