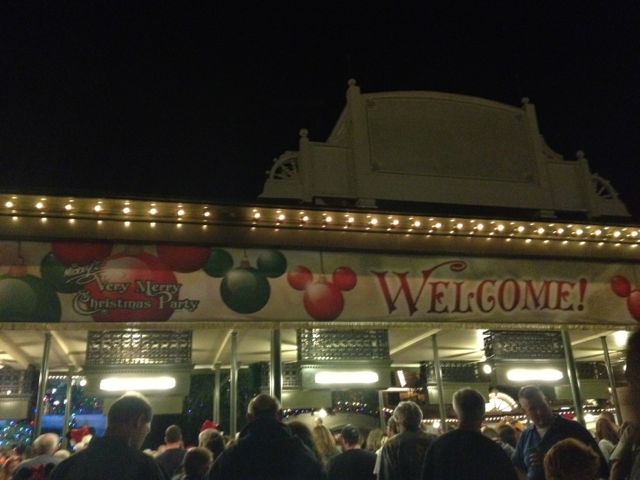 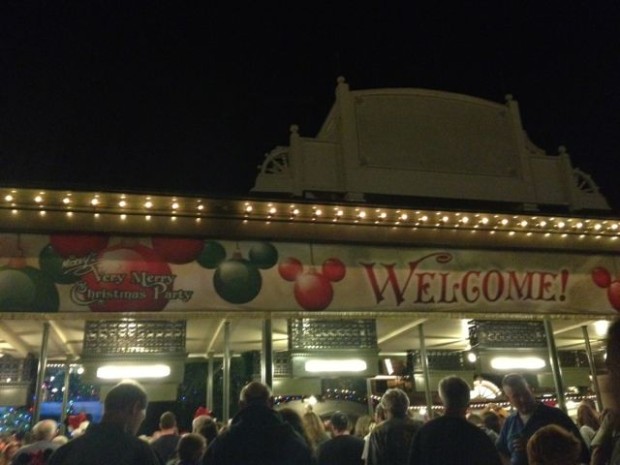 Mickey's Very Merry Christmas Party started on the right hand side of the front entrance. 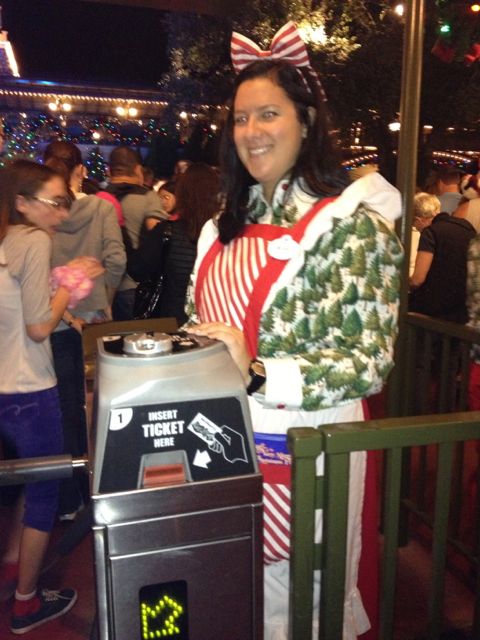 It actually had a specific gate for the event.  After we were shuffled through the gate, we were given our wrist bands, which were actually checked throughout the night. 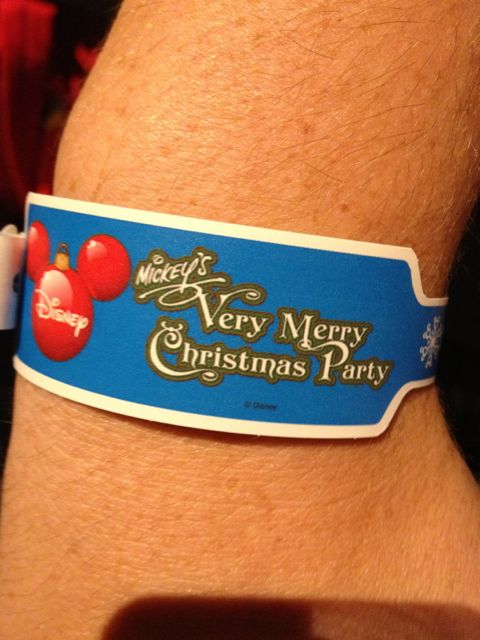 Our first stop was Cosmic Rays since we were all hungry and needed our energy for the night.

After reading the brochure for the event, I knew that Cosmic Rays would turn into Club Tinsel.  Little did I know that it would actually magically appear right at 7 PM. 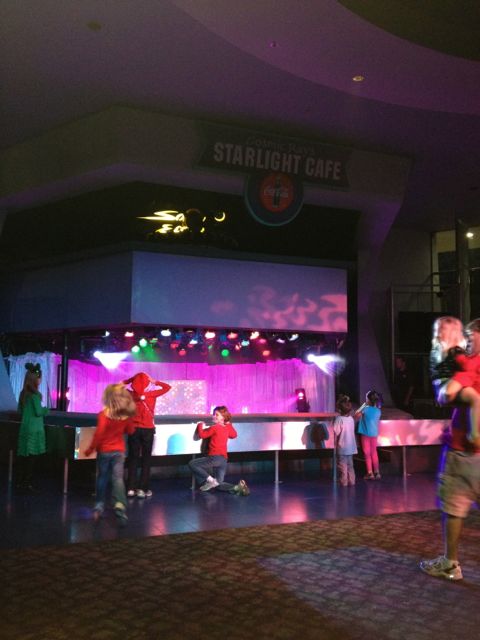 As you can see from the picture, Sunny Eclipse's set went back at 7 PM and his stage actually went into the ceiling.  Under his stage, was the Club Tinsel with the DJ intact and already playing music.  Never in my life have I seen that stage move.  That were truly Disney holiday magic.  There were a couple of special Disney guests for the dance party and both could definitely break a move.  Goofy and Pluto were both there at 7 PM to entertain guests. 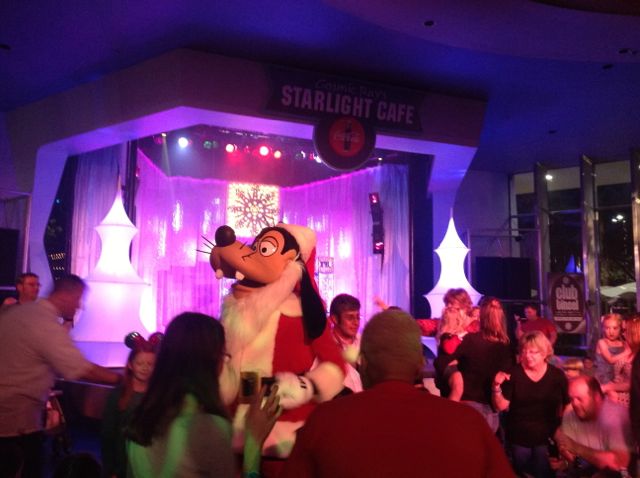 With December 6th being the first night of the new Fantasyland, we had to at least walk through and marvel in the newest part of the park. 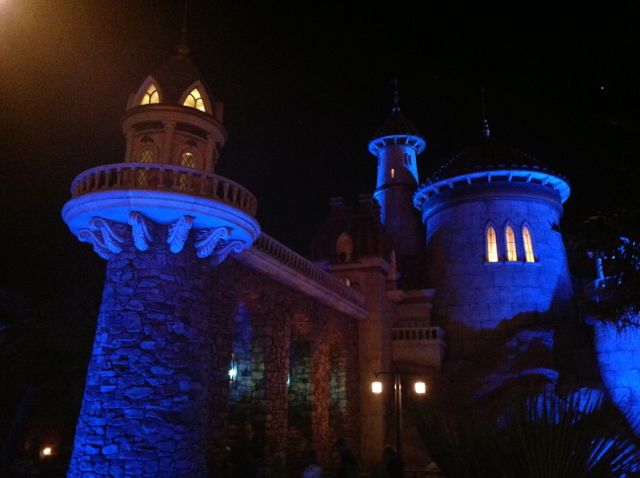 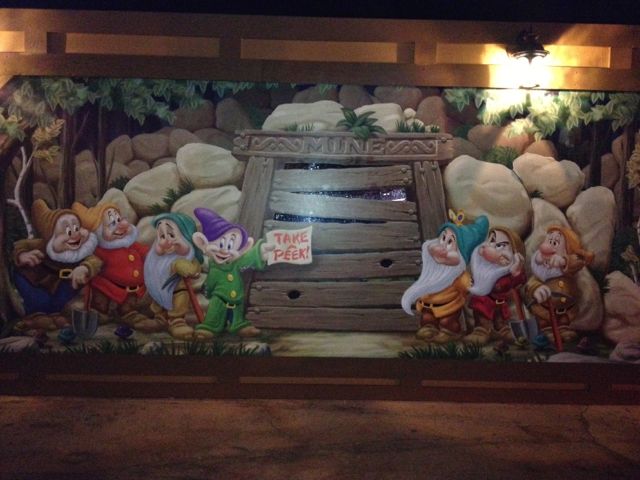 The dwarves help you take a sneak peek into the unopened section of Fantasyland.  You can see all of the additions to their ride behind the wall.  What a great idea to implement, Disney!  I wonder if it is to stop people from standing on the walls by Winnie the Pooh to sneak a peek.  Well done. 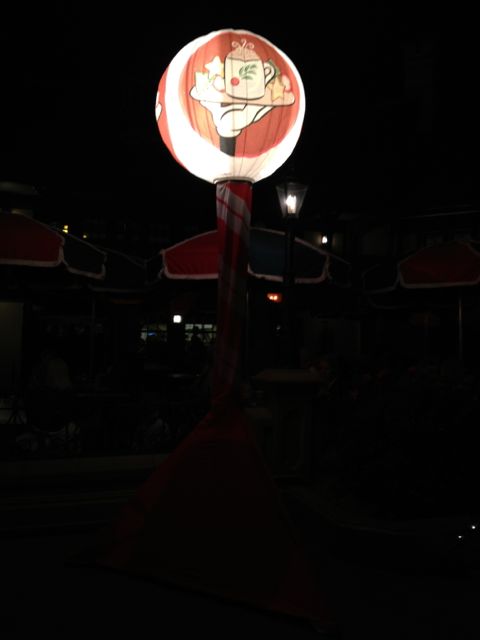 There were many spots throughout the park that had free hot cocoa and cookies, but we made sure to avoid Pinocchio's Haus, since it is insanely busy every night.  That hot cocoa line was out of the door and backed up to the entrance.  We did, however, hit at least three other places for the hot cocoa and cookies. 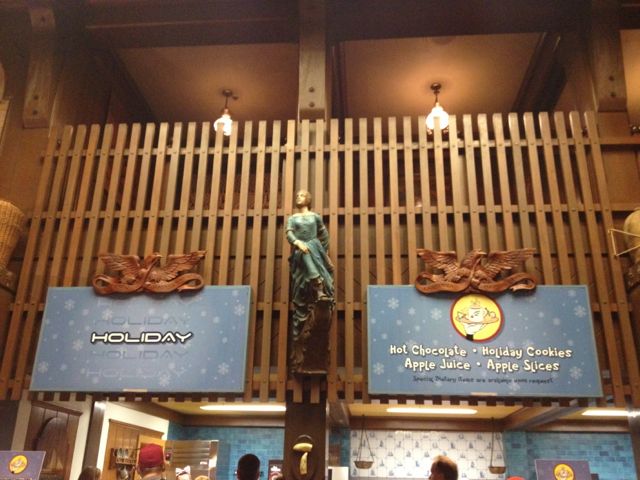 If someone did not want hot cocoa, they also had apple juice and apple slices.  All were complementary and you could have as many as you wanted. 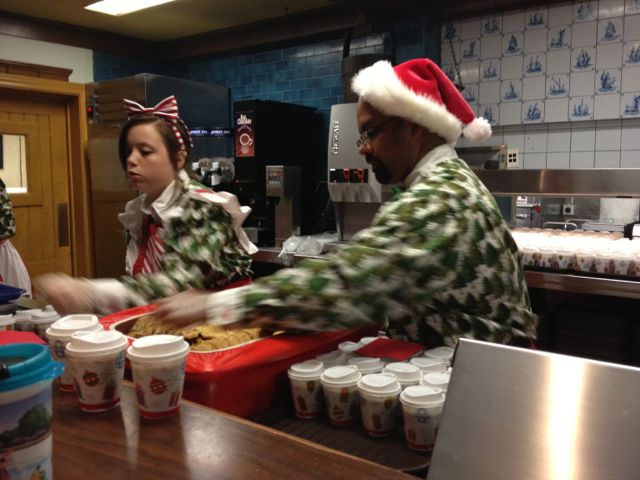 The Christmas Parade was very well-done with a lot of attention to details.  I loved how they made the cast members ice skate and ski down the streets.  The band that played right before the parade played country versions of the classic Christmas songs. 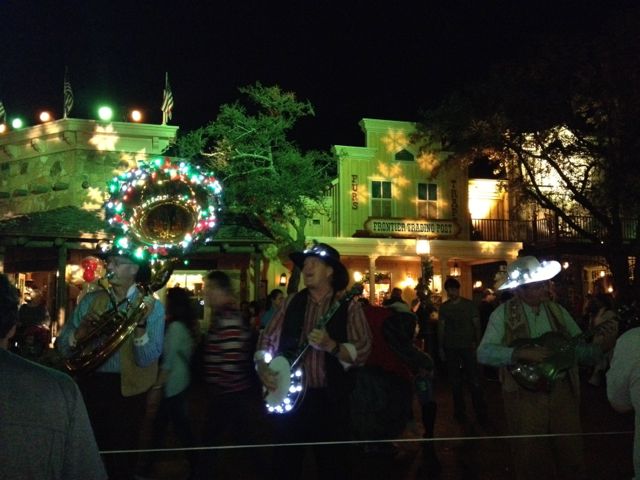 We were also able to catch Celebrate the Magic and the Christmas fireworks before we headed back down Main Street, through the snow, on our way back home.  Watch for future articles with videos of those two incredible events.

15 Pictures of the Disneyland Resort during the Holiday Season

30 Christmas Pictures of Disney Parks Around the World: Get in the Spirit of the Holiday Season

150 Disneyland Tips to Help You Save Money and Experience More