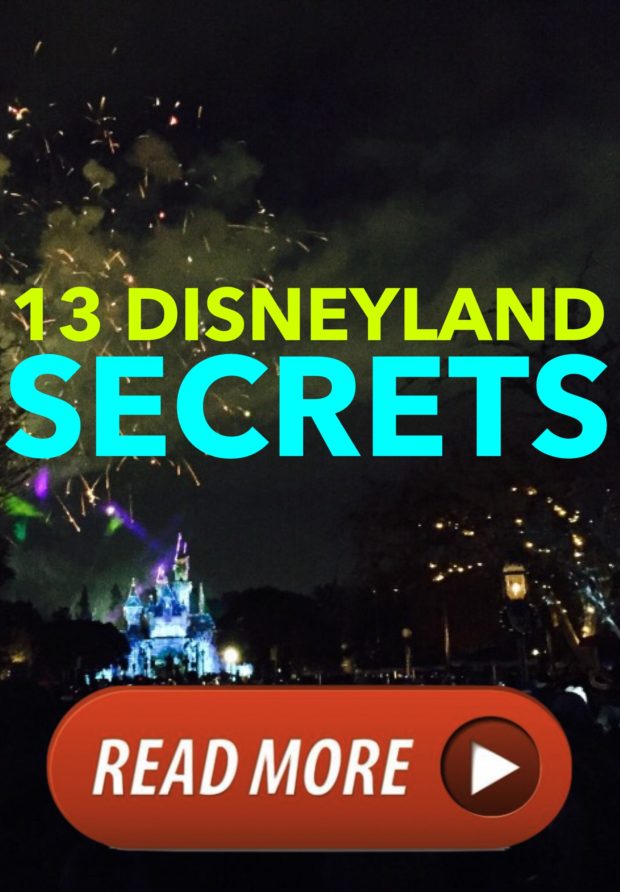 Disneyland is filled with secrets and hidden details. These details often have elaborate histories that are hiding in plain sight. In my new book, Disneyland Secrets: A Grand Tour of Disneyland's Hidden Details, I have collected more than 150 stories behind the small details that are hidden throughout the parks.

Disneyland opened over 60 years ago and now holds hundreds of secrets that are waiting to be unlocked. Learning these hidden stories of the parks is the perfect way to celebrate the 60th anniversary.

Below I have thirteen Disneyland secrets from the book to share with you. These stories were all collected from interviews (many on the Disney Dose podcast) with Cast Members, previous Disneyland history reading, or time spent roaming Disneyland.

The below are excerpts from the book.

#13 Secrets of the Walt and Mickey Partners Statue 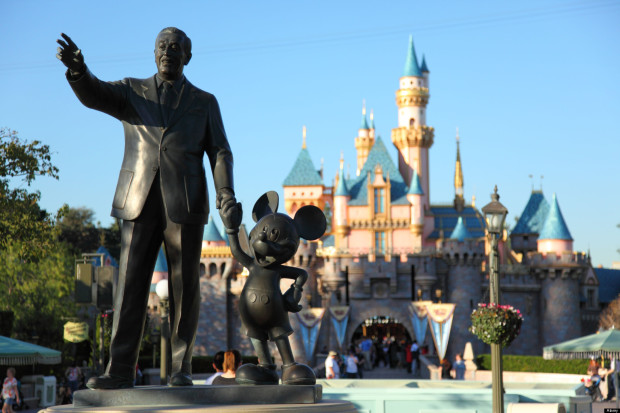 The Partners statue, unveiled in the central hub in 1993 and portraying Walt Disney holding hands with Mickey Mouse looking out toward the future, has several easily missed references to Walt.

According to Disney Historian Jim Korkis: On Walt’s tie there is a small insignia for the Smoke Tree Ranch in Palm Springs, California. Disney had a house there and had the logo stitched into many of his ties. On Walt’s right hand there’s a Claddagh ring in honor of his Irish heritage. Both Walt and his wife, Lillian, purchased Claddagh rings during their 1948 trip to Ireland and wore them often.

#12 The queue of Buzz Lightyear Astro Blasters is lined with big battery boxes.

Many of these props are labeled Glendale, California, USA. The batteries pay tribute to the home of Walt Disney Imagineering, the creative team of people behind everything in the Disney parks.

Behind the middle window of the constabulary is the silhouette of Arthur Conan Doyle’s Sherlock Holmes. He can be seen on your upper left just after leaving the pub room.

#10 “Swisskapolka,” the theme song from the original Swiss Family Robinson Treehouse attraction, still plays on a phonograph in the upper room of the treehouse.

#9 On the King Arthur Carrousel, one horse is more decorated than the others. 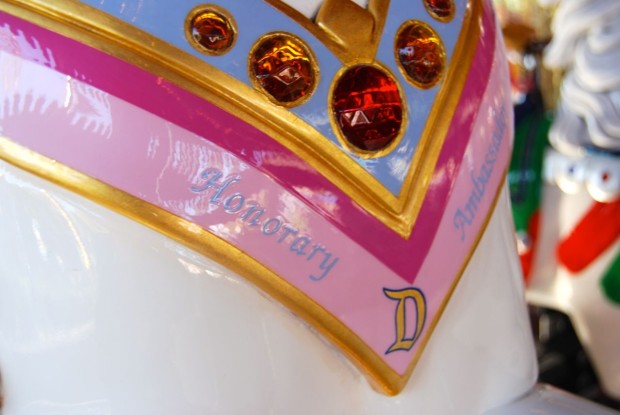 The white horse with the collar that reads “Honorary Ambassador” was dedicated to Julie Andrews for her Disney film work and for her stint as as the official Disneyland ambassador during the 50th Anniversary of the park. The horse is decorated with touches from her most popular film, Mary Poppins.

#8 The original Disneyland Submarine Voyage was comprised of eight submarines.

Based on world rankings at the time, this made Walt Disney the commander of the eighth largest submarine fleet in the world.

#7 Real logs were used to build the fort on Tom Sawyer’s Island.

To transport these full-sized tree logs to the island, they were floated across the river similar to the way that logs were transported in old-fashioned wood mills.

#6 A majority of the mining equipment throughout the queue and attraction of Big Thunder Mountain is authentic. 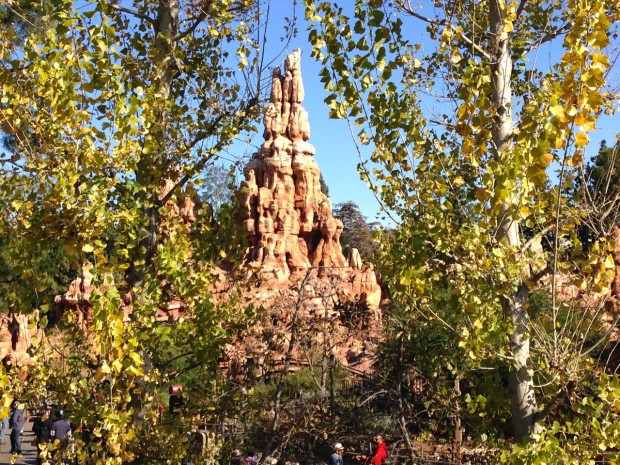 Imagineers searched swap meets, abandoned mines, and ghosts towns throughout Wyoming, Nevada, Colorado, and Minnesota to find enough authentic equipment. This attraction's development was led creatively by Imagineer Tony Baxter, who you can hear in a group discussion on this episode of the Disney Dose podcast.

#5 A large spider web festoons the ballroom in the Haunted Mansion.

This web was added when a guest with a slingshot made a hole in the large glass panels that separate the hallway from the ballroom. The glass is built into the foundation of the Haunted Mansion, so it would be impossible to remove without lifting the roof off the building.

You can still see the crack in the Disneyland Halloween “Nightmare Before Christmas” version of the attraction.

#4 The flames in the Pirates of the Caribbean looked too real for the Anaheim Fire Department.

The flames in the Pirates of the Caribbean look so real that the Anaheim Fire Department was concerned they would not be able to tell the difference between the real and faux flames during an emergency. Even though they realized that it was all part of the show, a special system was put in place to shut off the burning town effect in the case of an actual fire.

#3 Three trees along the backdrop of Toontown behind Minnie’s house form the letters WDI.

WDI stands for Walt Disney Imagineering. They are the team of designers who create everything that is included in the Disney theme parks around the world.

#2 Inside the Pirates of the Caribbean there is a real skull on the headboard. 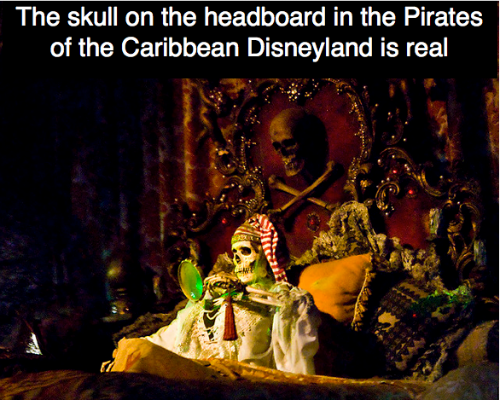 When the attraction first opened, all of the skeleton heads were real. They were purchased from the UCLA Medical Center. The only remaining real skeleton can be found in the treasure room on the headboard of the bed.

#1 The final plans for the Jungle Cruise were made on the Disneyland construction site, by Imagineer Harper Goff.

He used a sandbox to sculpt the sand into the shapes of the jungle river. Once completed, the bulldozers replicated the sandy forms he created with his feet. 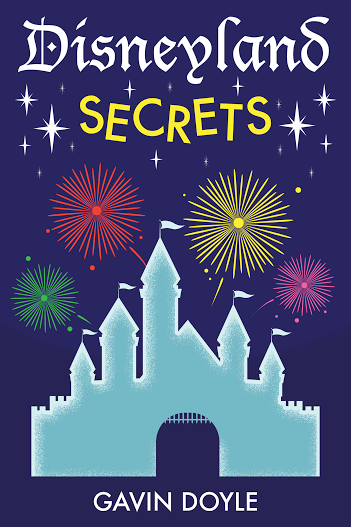 When a theme park has been around for 60 years, it hides a lot of secrets. I have swept aside the pixie dust and uncovered little-known stories about the happiest place on earth that will make you a master of the magic.

In the book I develop each of his dozens of secrets into a brief story that illuminates a forgotten moment in Disney history, or sheds light on a neglected area of the park, or reveals something new about an iconic attraction, such as:

Shhh! It's a Disneyland secret. Until you read this book…

The book is available on Amazon in both print and Kindle editions. We are offering bonuses if you purchase. These bonuses include extra secrets and a free copy of the digital version of the book. Claim your bonuses after purchasing here.

Do you have a favorite Disneyland secret? Be sure to share this article and your favorite secret to spread the Disney magic and celebrate the Disneyland 60th Anniversary.

Next Post: 6 Steps For HUGE Savings on Disneyland and Disney World Annual Passports