I know that many people have questions and want to know about Disney's newly announced film, “Frozen.” Frozen is a story about an ancient curse that traps a kingdom in eternal winter. Anna, a fearless young optimist teams up with a mountain man and his reindeer to find the Snow Queen to end the icy spell.

Kristen Bell, star of When in Rome, will play Anna, the optimistic protagonist of the story.

Disney also recently announced that Tony Award® nominee Jonathan Groff (Broadway’s “Spring Awakening,” TV’s “Glee”) is now on board for a character in the film.

This great cast filled with Broadway talent is sure to delight movie goers. 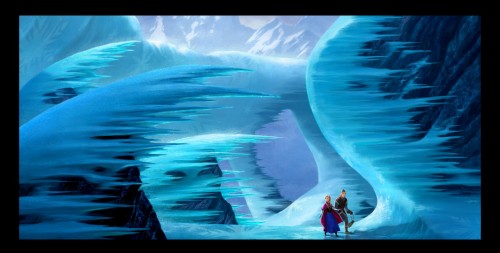 Frozen has been announced to be released November 27, 2013. It will be shown in 3D and regular formatting and we assume it will be rated PG.

Make sure to sign up for our Newsletter in order to receive updates on the movie and more news as we get it.

Here is the official blurb for anyone who likes to read the wordy Disney synopsis(I personally like to skip over them, that is why I summarized it above):

From the studio behind 2010’s “Tangled” and this year’s “Wreck-It Ralph,” Walt Disney Animation Studios presents “Frozen,” the coolest comedy-adventure ever to hit the big screen. When a prophecy traps a kingdom in eternal winter, Anna (voice of Kristen Bell), a fearless optimist, teams up with extreme mountain man Kristoff and his sidekick reindeer Sven on an epic journey to find Anna’s sister Elsa (voice of Idina Menzel), the Snow Queen, and put an end to her icy spell. Encountering mystical trolls, a funny snowman named Olaf, Everest-like extremes and magic at every turn, Anna and Kristoff battle the elements in a race to save the kingdom from destruction. The film is directed by Chris Buck (“Tarzan,” “Surf’s Up”) and Jennifer Lee (screenwriter, “Wreck-It Ralph”), and produced by Peter Del Vecho (“Winnie the Pooh,” “The Princess and the Frog”). Featuring music from Tony®-winner Robert Lopez (“The Book of Mormon,” “Avenue Q”) and Kristen Anderson-Lopez (“In Transit”), “Frozen” journeys into theaters November 27, 2013, in Disney Digital 3D™ in select theaters.

Previous Post: “OZ the Great and Powerful” Movie Poster With the Wicked Witch