Walt Disney was a Cartoonist. An Innovator. A Craftsman. A Genius. A Father, and so many other things! But the one thing that he was that most touches me has to do with one of his hobbies. Walt Disney was… a Collector.

Yes, as a Collector myself, I’ve learned so much from the passion and joy Uncle Walt got from his acquisitions. So now I’m going to share what I’ve learned, and applied, with you:

Was there ever an adult who was a bigger kid than Walt Disney? Maybe, but he was one of the biggest, at least! Just like a child, new and innovative things easily distracted Walt. He was drawn to them like a moth to a flame. So toys, antiques, miniatures, and trains, all became a passion for him, and things to be collected.

And once Walt’s passion for something was kindled, there was no stopping him! Take his love of trains as an example. Most would collect a few models, maybe some artwork and video, and slowly build up a collection over the years. But not Walt! He very quickly went from following trains, to working on models, to having his own backyard scale railroad, to finally having his own full-size layout at Disneyland. With real trains. Now that’s thorough collecting!

Walt loved nothing more than being with others who shared his passions. So he was always finding new people (usually from his studio) that liked what he liked. Or he would join with someone else whose passion he had come to appreciate. As long as it was fun, Walt was happy to be a part of it. Whatever ‘it’ was!

Walt was also a Showman. And there are multitudes of examples to show that he loved to show off the things he collected. Why, Disneyland is the ultimate example of this. Go anywhere in that Park and you will find things that Walt loved to collect, with his personal collections being featured here and there.

So what have I learned about collecting from Walt Disney?

First, I find that I can rekindle my inner child with my collection. When I find a new toy or collectible, I’m as excited as a little boy being handed a beautifully wrapped present!

Second, I learned that it pays to focus. Somewhat. Walt didn’t usually stop collecting something until he had a pretty good representation of it. So I’ve also tailored my collecting to Disneyana, with my collection growing to over 5,000 pieces!

Third, I love to share my collection with others. Naturally my wife is included in the process! She too loves to look at all the great things lining our walls and shelves.

Lastly, I also started the Blog called Disleelandia so that I could share and preserve (and show off!) the wonderful toys and collectibles that I’ve found over the years.

Yes, we have much to thank Walt Disney for: Mickey Mouse; classic animated and live-action movies; theme parks, and more. But for this ‘big kid’, I guess I’m most thankful for Walt’s childlike spirit. He taught us that, just like Peter Pan, you don’t really have to grow up… if you don’t want to!

So if you’ll excuse me, like Walt, I’m going to end my day by spending some time with my collection of toys.

Editors Note: Make sure to check out Disleelandia for more from Lee.

Previous Post: 10 Things That You Didn’t Know About the Walt Disney Family Museum 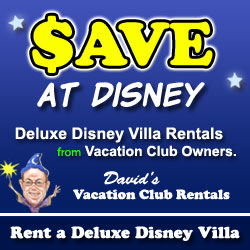