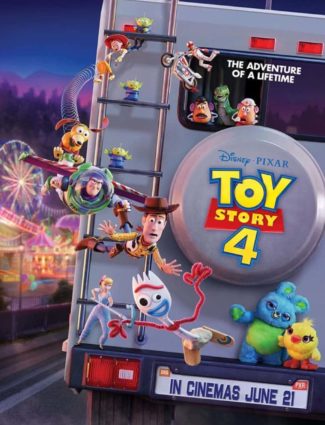 What do you want to accomplish when you sit down for a movie like Toy Story 4? For me, I hope to reconnect with characters and a world that I already know and love, while finding new layers that make the whole thing fresh.

Toy Story 4 delivered on this lofty goal. The movie was not only a good sequel, but a great movie. The story builds upon the world of Andy and the first three films without cheapening the original storytelling.

There was fear that the movie would reopen a book that had been perfectly closed by the Toy Story 3 film (the ending of which is one of the best moments in cinema). However, the Pixar filmmakers successfully summarized the end of the last film within the first minutes of this new film and allowed for the audience to start at a place of understanding of where Woody, Buzz, Jessie, and the other toys are today. Aside from a flashback at the beginning of the film showing the familiar setting with Andy as a kid with his mom and sister, the movie is about Bonnie and her toys. Mainly the toys though and for the first time their own more personal desires.

For the first time, Woody begins to look at the world in a different way as he expands his viewpoint on his kid and what growing up means not just for his kid, but for him. Toy Story 4 successfully captures the feeling of watching a child grow old and trying to find a new purpose in life. 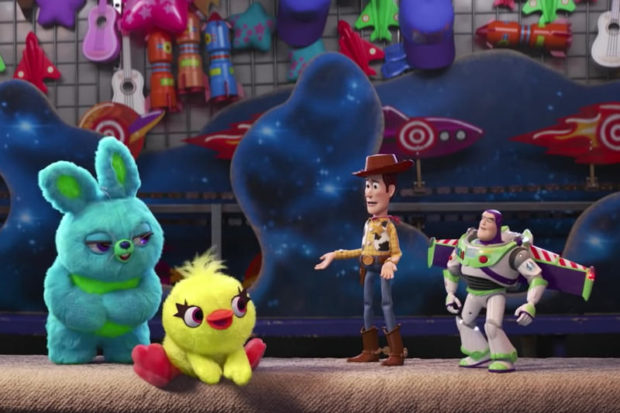 At the opening of the film, Bonnie was choosing other toys over Woody during play time. For the first time, Woody isn't a number one pick toy for play time. Rather than trying to force his way back into her top choice list (in the way that he would have back in the first film when he first met Buzz Lightyear), he does everything he can to help as she is facing the big world for the first time. So, when Bonnie brings home a new toy she made at Kindergarten, protecting the new member of the group is top priority–even when this new toy believes he is just a piece of trash because he happens to be a used spork. When Forky the spork jumps out of the window of their RV during a road trip, Woody follows and starts off on a journey that will change the way that he views the world forever.

I don't think that I can stress enough that the Pixar animators knocked it out of the park with this one. At an hour and 49 minutes, the movie maintains pace and kept us interested the entire time. The storytellers executed on every new character and story point. Yes, somehow, you'll fall in love with a spork named Forky by the end of this movie and you'll be crying laughing thanks to humor from Key and Peele's characters. Incredible writing, great cast, and…

When the first film was made, toys were chosen as a subject because their design matched the rubbery look that the animators could pull off with their early computer animation abilities. In this new film, the animators seem to almost be showing off with their mix of the once impossible rain, fire, and beautiful scenery. They did a great job making these improvements without doing anything that removed me from the story.

All in all, the movie allows loyal fans to return to one more roundup with Woody and the gang, and that alone should have you headed to the theater this weekend. The new film is a return of our favorite characters and an adventure that was a ton of fun. 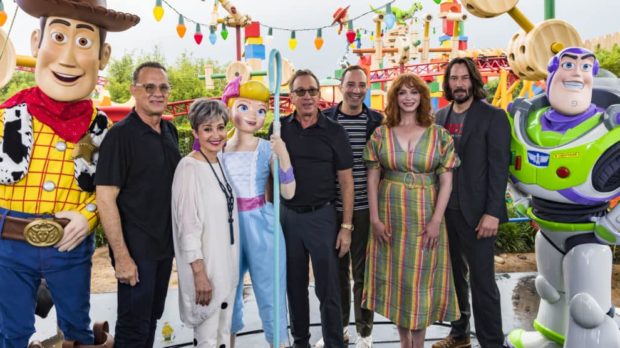 The cast of Toy Story 4 visited Walt Disney World for a press junket.

If you are planning a trip to any Disney theme park, you should be sure to check out MickeyVisit.com for more information. We help our readers to save money and experience more during their vacation.

Previous Post: Top 8 Things to See this Summer at Disneyland!

Next Post: 20 Photos of Star Wars: Galaxy’s Edge That Will Make You Want to Visit!