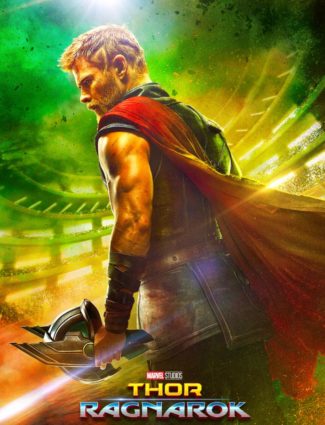 Sitting down in the theater for the next Thor: Ranarok film I wasn't really sure what to expect. Of all the Marvel movies the Thor films have never been my favorite. I've always enjoyed the Captain America and Guardians of the Galaxy films the most. There has always been a quality to Thor that I could never connect with, and while the movies provided spectacle, they never really had heart.

Suffice to say, my expectations were not very high as I walked into the press screening of Thor. Let me tell you, Thor: Ragnarok far exceeded anything that I could have even hoped for. The new film delighted with a type of humor I've only really seen Marvel use in Guardians of the Galaxy, classic rock music that brought the story to life, and a new perspective from which Thor views the world. In essence, this new Thor movie has a whole lot of heart.

There were some very humorous jokes throughout the original Thor film and into the Avengers that showed off just how funny Thor can be, however they were not used to reveal Thor's character. Those jokes were taken to a new level in the new film where the bizarre setting allowed for comments left and right that added a layer to Thor. There also seemed to be a new perspective in the writing of the film that allowed for jokes about things that could have been taken completely serious in either of the other movies (the open scene shows this off immediately).

The new movie also took a page out of the Guardians playbook in regards to a use of music interacting with the characters. They use Led Zeppelin's Immigrant Song to drive a battle scene montage home. It's awesome!

Something that makes the movie so much easier to connect with is that Thor himself feels more human in this film. Due to circumstances that I won't reveal, Thor is knocked down a few pegs from a level of saving the world with one mighty blow to one much closer to being a human. This change and the issues that the film deals with like family trouble–while still on a large scale–puts the film in a place that us mere mortals can connect with beyond our impressed reactions to the special effects. 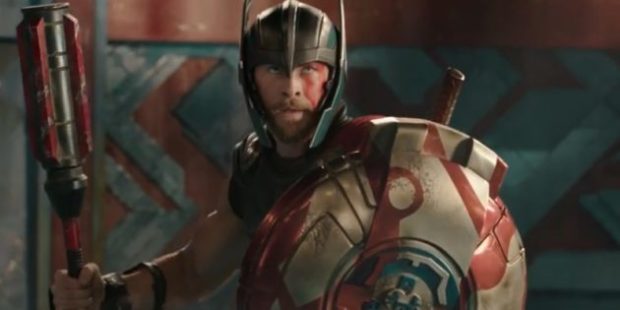 Thor: Ragnarok takes place mostly off of earth on Asgard and on the newly introduced Sakaar. This new planet revolves around a coliseum tournament style battle which Thor (and one other classic character that I don't want to mention and hopefully you haven't seen in any commercials). This world helps to contribute to the tone of the film that I already discussed.

There is so much good in Thor: Ragnarok and so much of that comes from the further development of Thor as a character and the fantastic world that the film is set in. I highly recommend that you go out and see this new film.

You can see the recommendations for children watching the film at Common Sense media which I always recommend checking out if you plan on taking kids.