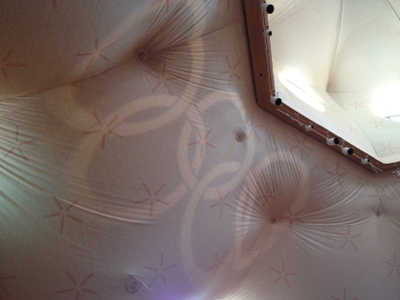 Disney hosted past Olympians, hotel guests and the general public at the Olympic Summer Games Opening Ceremonies. When we arrived, it was already packed with eager Olympic fans. The Olympians were all seated at tables and a line formed for their autographs. 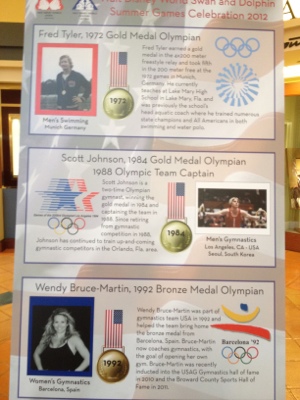 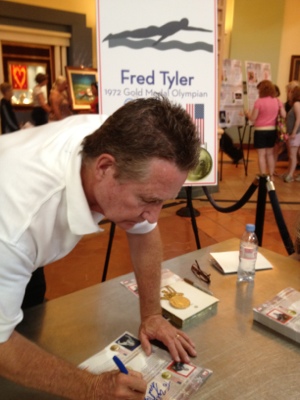 had something that no one else had… a gold medal on a gold chain. No year before or after that had gold medals on chains. The rest are all on ribbons. 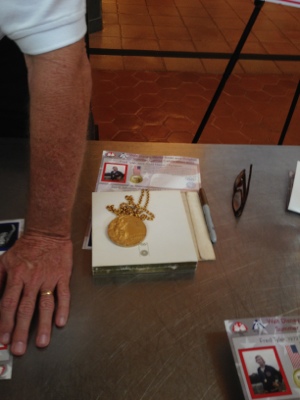 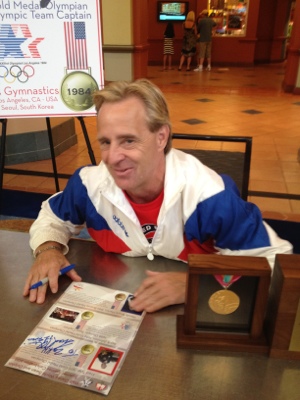 actually trains gymnasts in Orlando. He was originally from the Midwest and moved to Florida after he competed in the 1988 Olympics. 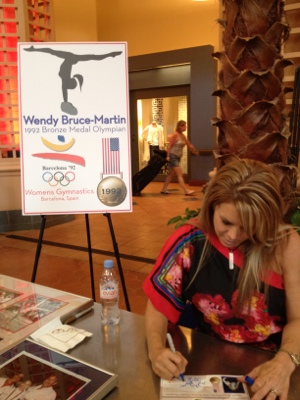 also trains gymnasts in Florida. She hopes to own a gym in the near future.

Last but not least, the final Olympian has overcome many hurdles in his life. 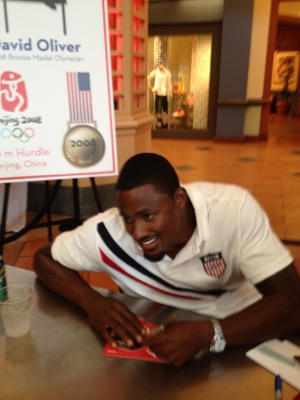 All jokes aside, David Oliver was a medalist in the last Olympics in Beijing. He was part of the USA Track and Field: 110 M Hurdles.

After visiting with all of the Olympians, there were British themed cookies and American flags for everyone. 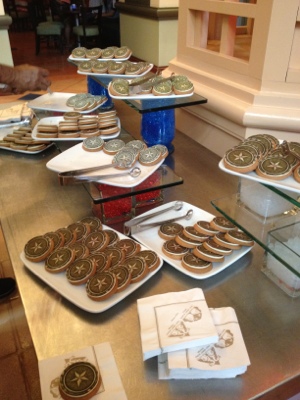 It was a wonderful (and free) event that the Swan and Dolphin put on for this special occasion. I am constantly trying to expose my children to new people and experiences. This definitely
fit the bill and made me a proud and happy Mama. 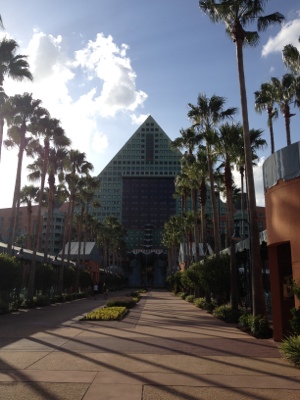 Next Post: Ten Things You May Not Know About Art of Animation