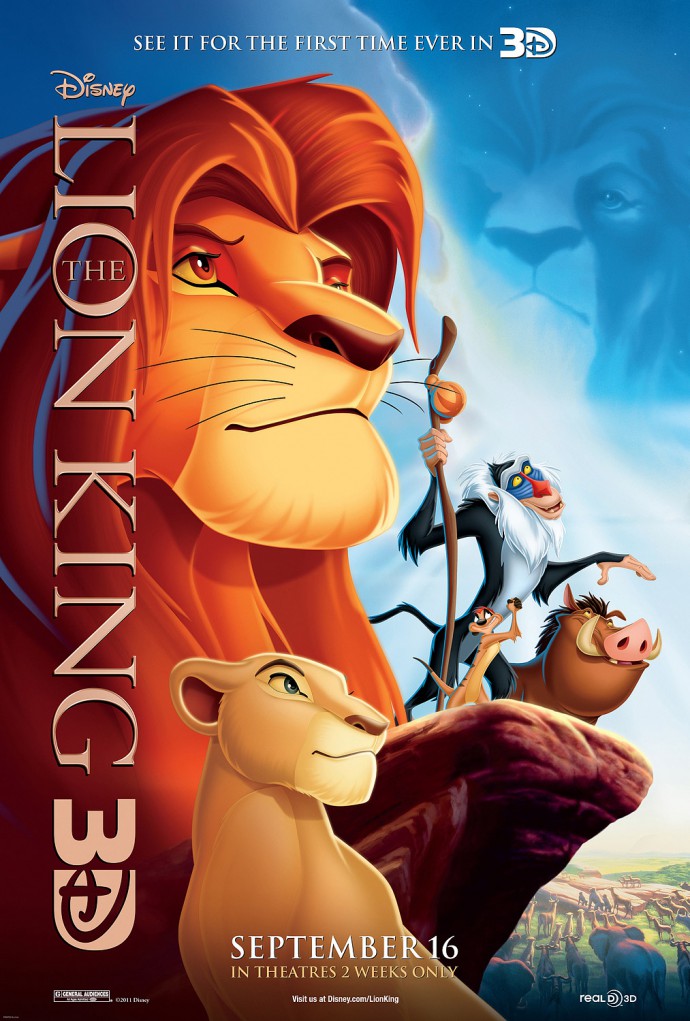 “The Lion King,’’ the highest-grossing hand-drawn animated film of all time”

In the great Circle of Life that is the Disney marketing machine – in which the company’s legendary animation jewels are re-released to theaters and home video in careful increments designed to keep these properties evergreen – “The Lion King 3D’’ represents an experiment and a qualified failure.

Some of the 3D is amazing such as the Busby Berkeley knockoff “I Just Can’t Wait to Be King’’ or the showstopper “Hakuna Matata.’’ And the old Hitchcock “Vertigo’’ trick – the zoom in/dolly out when Simba sees the oncoming stampede – has a nice stomach-churning kick with the added dimension.

I personally will be seeing the 3D version next week. I can't wait. I think that it will be beautiful, and vibrant with the new 3D version.

Next Post: Lion King Grosses 8 Million in One Day