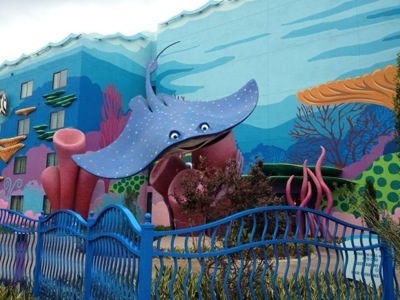 As I walked into Art of Animation today with my out of town guest, the concept artist (front desk clerk) asked if we were there for the tour. OF COURSE! This time it was not Art. Yes, Art of Animation as he likes to call himself. Our new tour guide led us through the tour but had different information than I had heard before. Here is the top ten things I learned on our Art of Animation Tour today.

1. There are 2500 statues at Art of Animation. That is more than the Magic Kingdom! All of the statues are scaled as if you were the main character from that movie. In the Finding Nemo area, you are the size of Nemo. You are looking up at Crush, the Seagulls, and Mr. Ray. 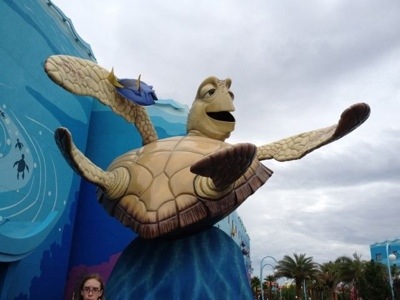 2. There are 276 jars of color in the Ink and Paint Shop. That goes to show you how many shades of each color are used in the movies. Also, Lillian Bounds (Disney) met Walt Disney when she worked in “ink and paint.” In the future, when I visit the Ink and Paint Shop, I will be thinking about the love story of Walt and Lilly. 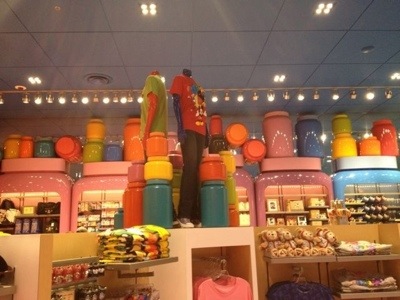 3. The couch bed in the Cars section looks like the backseat of an old car. One might think that since it is a fold out bed and is a seat from a car that it will be uncomfortable. Actually, it has three tempurpedic mattresses that mold into one. It is the most comfortable bed in the suite. 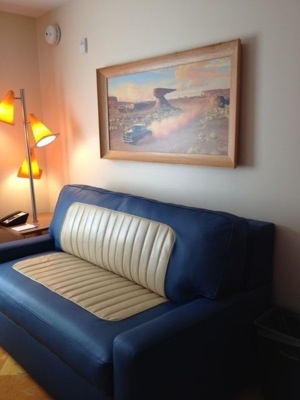 4. Thermostats in the suites of Art of Animation have motion sensors. This means that after you leave for the day and it does not detect any movement, it will turn itself off. Don't worry. It has a night timer so it will not turn off while guests are sleeping.

5. There are over 200 pieces of art work throughout the resort. In each building, there are original pieces of artwork on each floor outside the elevators. Yes, we went up and down the elevator and took pictures of the paintings. 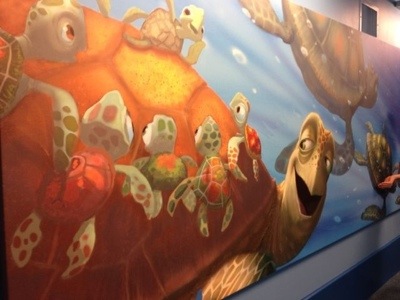 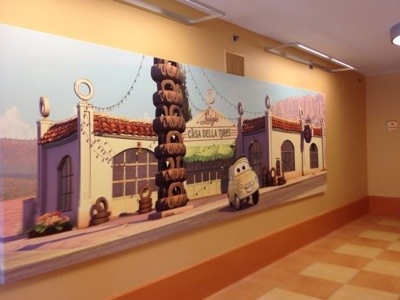 6. The “squishy ground” around the cars sculptures in Radiator Springs is actually their version of fake sand. This sand was only around the playground when the resort first opened to cast members. As cast members rushed over to take their picture with the Cars characters; they fell, tripped, and hurt themselves. This could not be. Fake sand, or squishy ground as I call it, was put in to stop this from happening to guests. The best part of the fake sand? It is made out of recycled shoes! Cast member shoes at that! Now, some lucky cast members will forever be a part of Disney history. 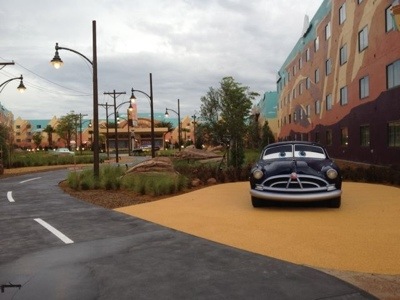 7. The only standard rooms at Art of Animation are in The Little Mermaid section. These buildings were built when Pop Century was built. They have been overrun, overgrown and are taking a lot to bring back up to Art of Animation standards. These standard rooms go for about $100 a night, which is half of the suite cost. (It will not fit as many people as the suites in the rest of the resort.) Even though these rooms are less expensive, they still have the details expected at Art of Animation. The carpet is full of gizmos and gadgets and the beds are seashells. These rooms open to the outside, like other value resort rooms. After realizing that, looking over at that section does make it look a little more like Pop Century and less like Art of Animation.

8. Art of Animation was meant to be an extension of Pop Century. I knew this part. I had heard about how the lobby skylights would point/highlight to each decade. I didn't think about which decades would be featured there. How about the 40s? 30s? How cool would that have been? After Pop Century was built and more time had passed, Disney realized that what they were missing from the resorts was the “art” “animation” or “magic” that people love in the movies and in the parks. Guests come back to the resorts and that sense of animated magic is lost on the Key West, New Orleans, or other themes. Art of Animation filled that void and immersed the guests into their favorite animated stories.

9. When we first visited the resort, I noticed something in Landscape of Flavors. My son had a hard time reaching the dirty dishes container. It was all the way up on the top of the trash can. I wondered how other guests would reach these containers. Not everyone is above 5 feet tall. Today, I noticed that changes have been made to that whole area. Now there are dirty dish containers on top and in the middle so people of all heights can reach them. Smart move, Disney. 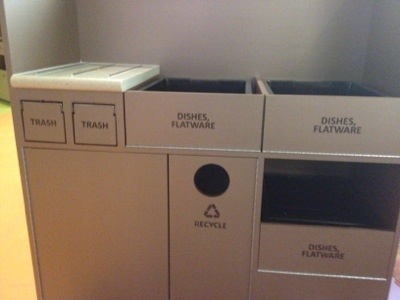 10. I must not have noticed how Art got into the suite on our last tour. Art of Animation is the first value resort to use RFID (Radio Frequency Identification) cards for the doors. This means you simply swish your room key in front of the RFID reader on the door. This is just the start of what is to come with RFID technology in Disney World. I did notice the pool had an RFID reader the first time we went there but didn't even think about the rooms having this technology. 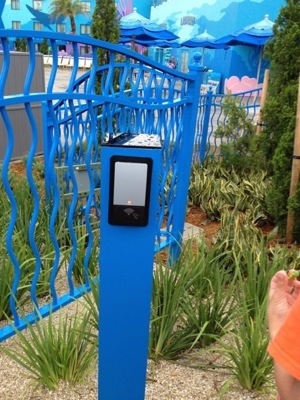 If you ever get a chance to visit (or stay) at Art of Animation, ask if there are any tours for that day. Even though we frequent the resort, we still learn something new each time and find more Disney Magic. 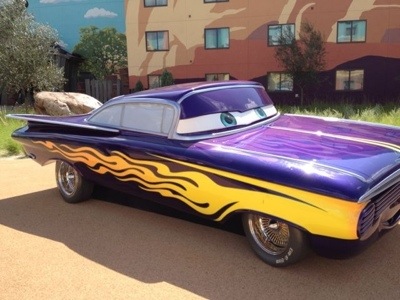 Previous Post: The Olympics Come to Disney’s Swan and Dolphin

Next Post: Pirate’s League Comes Ashore at the Disneyland Resort