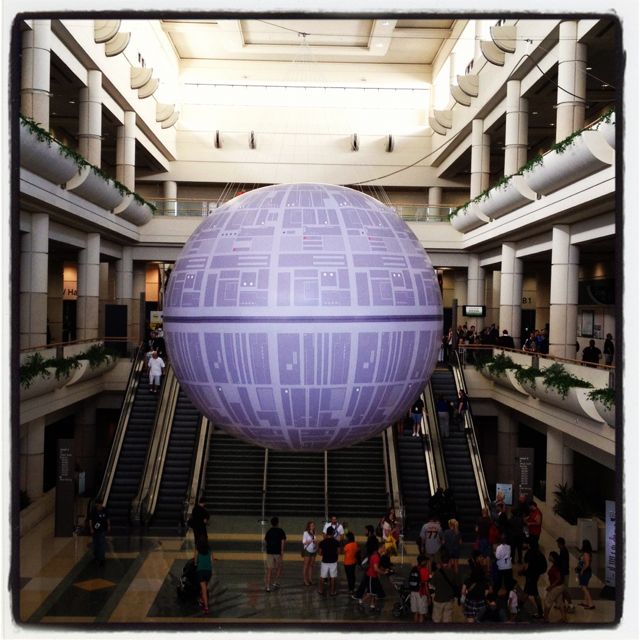 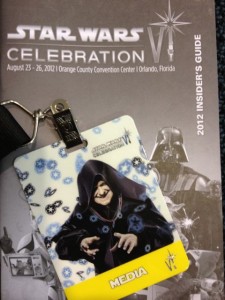 Today, in a convention center not so far away, people from all over the galaxy gathered to celebrate one thing… Star Wars.  Star Wars Celebration VI is being held at the Orange County Convention Center in Orlando, Florida from today to Sunday.  Besides for fans decked out in their best Star Wars attire, there are exhibition halls and every workshop and panel about Star Wars that you could imagine. 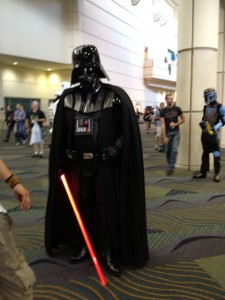 Not only did I run into Darth Vader, more than once, in the hallways, I also saw someone very dear to my heart as Darth Vader! 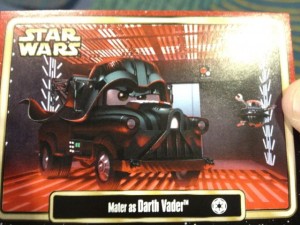 Mater as Darth Vader is just one of the new toys that will be released during the next year.  To learn more about the other Cars characters that will be transformed into the Star Wars world, watch the Star Wars Celebration video in an upcoming post. 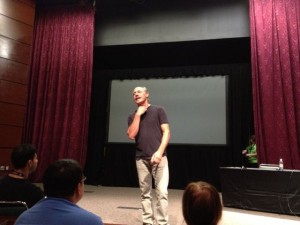 James Luceno: What If? Writers Workshop

Being a teacher and a writer made the What If? Writing Workshop with James Luceno event go to the top of my To Do list today.  Despite being a little hoarse from yelling over a band at a local Orlando hotspot, he talked to a full house of eager Star Wars fans and writers.  I took down many notes and will produce an article in the next couple of days about how to implement what he spoke about while helping others (and yourself) with writing narratives. 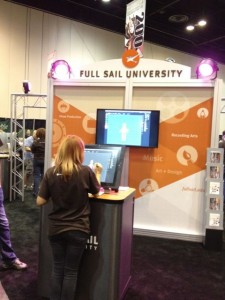 Full Sail University was there, equipped with a wacum tablet and and an interactive pen.  The representative from Full Sail made creating and changing the model on the screen look so effortless that I thought I would take a shot.  My drawing did not turn out the way I wanted but it was still neat to use the wacum tablet. 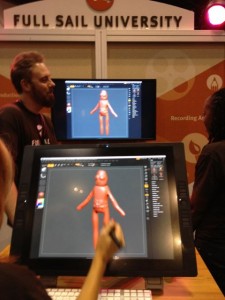 I met and saw many fans during the day that were worthy of pictures on Disney Dose.  Here are just some of the great costumes I saw today. 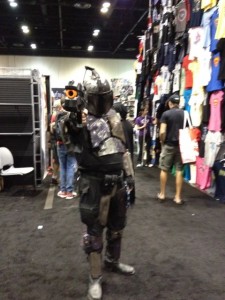 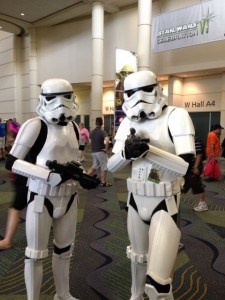 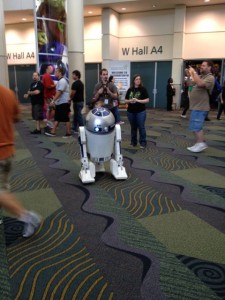 The last event that I was able to attend today was the Disney Park & Star Wars — This is Where the Magic Begins.  It was a short (about 30 minutes) session but was jam packed with new merchandise, applause, and give aways.  Watch the Star Wars Celebration video in an upcoming post for more information.

If you going to to Star Wars Celebration this weekend, here are some hints:

1. Pack a lunch and snacks.  Food is expensive there.

2. Take  the shuttle from the parking lot and save your legs.

3. Arrive EARLY to sessions/events.  Lines can be very long.

4. Learn the layout of the land.  The Orange County Convention Center is huge.  There are maps in the Insider's Guide and there are signs directing you to certain rooms (even areas) of the convention center.

Keep an eye out on Twitter and Instagram for more pictures and tweets from Star Wars Celebration tomorrow through Sunday.

Previous Post: What I learned about Collecting from Walt Disney