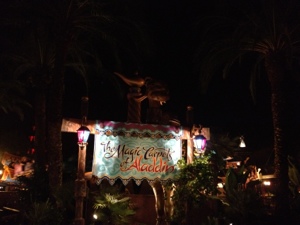 There has been an ongoing debate about the large audio-animatronic spitting camel near Aladdin's Carpet Ride in Adventureland. Does it aim for people or is it completely random?

On Saturday night, we saw the head move and precisely get certain guests. It did not appear to be random.

We rode a few rides and were exiting the park when we stopped to observe it again. This time it did appear to be random. We stood and waited and it did not spit on us.

So, the debate continues. Is it controlled? Is it random? You can be the judge of that the next time you visit the Magic Kingdom.

We just received a photo sent in from a reader of the Disney cast member that was controlling the camel. They are dressed in Disney Photopass photographer wear.

I wonder whether the camel is always controlled, or if it has a setting where it can run on it's own.

Wouldn't this be a fun job? I wonder what division this job falls under. 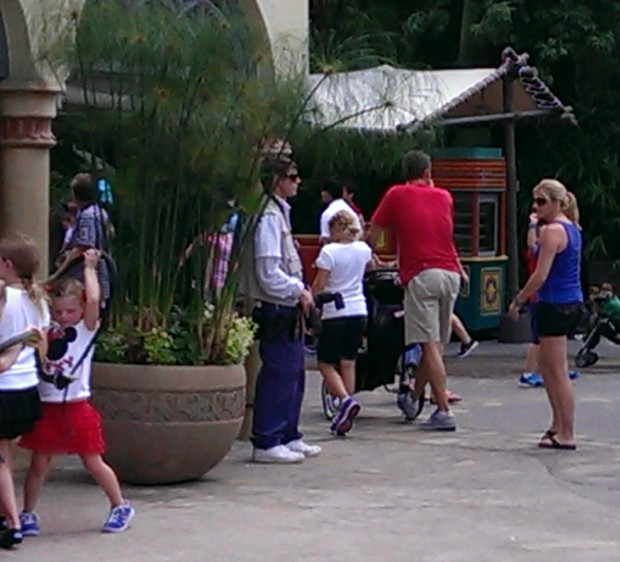 Previous Post: Talk Like a Pirate Day Brings Comes With Additions of Mermaids to the Pirates of the Carribean in the Magic Kingdom

Next Post: Don’t Be Afraid to Take Your Toddler to Disney