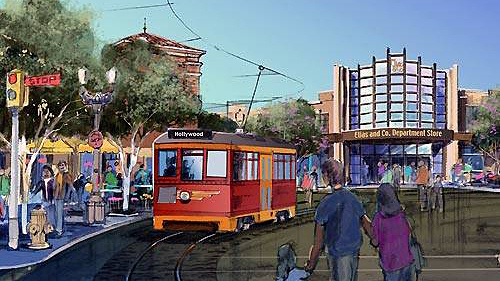 Disney described the “Five and Dime” as “a high-energy musical group (‘Five’) fronted by a female singer (‘Dime’) with the vocal stylings of Ella Fitzgerald and Billie Holiday.” The auditions for “Five and Dime” took place last weekend.

Disney's decription of the “Red Car News Boys” sounds very similar to the Newsies. “This high-energy group of 1920s/30s-era paperboys will take to the streets of Disney California Adventure Park as they sing and dance to authentic period tunes.”

The Roles for the “Red Car News Boys” are:

JOHNNY: portrays an older teen, the heart-throb leader of the pack, tenor

Disney's California Adventure will open the 15th of June with these new shows, the Red Car Trolley, and the Carthay Circle Theater as some of the highlights.