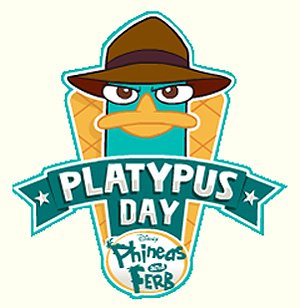 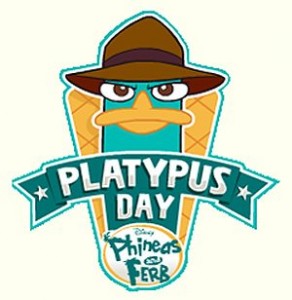 Mark your calendars and be prepared to take over the Tri State area!

Disney’s hugely popular duck-billed, beaver-tailed, teal-colored character Perry the Platypus, as seen on “Phineas and Ferb,” the #1 animated series for kids and tweens, will be the main attraction on Platypus Day,SATURDAY, MARCH 3. The celebration includes the introduction of “The Platypus Walk,” a catchy spy-surf-rock song and dance designed to encourage fun physical activity as part of Disney’s commitment to inspire kids and families to lead active lifestyles.

The day also includes 11 hours of “Phineas and Ferb” programming including two new Perry-focused episodes on Disney Channel and Disney XD, an interactive website dedicated to Perry the Platypus, a fungiveaway and special Platypus Takeover at all Disney Stores in the U.S. & Canada and events via local Radio Disney stations across the nation.

All Friends of Perry (FOP) are invited to visit www.DisneyChannel.com/PlatypusDay to learn the dance moves from Rosero McCoy, download a printable certificate and iron on decal, play Perry games and become a fan of Agent P.