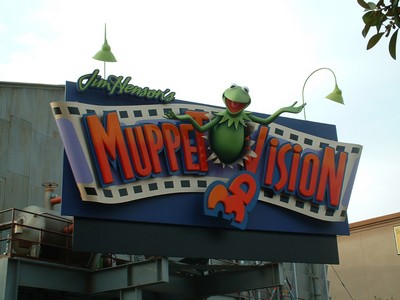 Earlier this week it was reported by The Hollywood Reporter and other entertainment news sources that British comedian Ricky Gervais was in negotiations to star in a new Muppet movie to be set in Europe and would go into production sometime next year.  Can you say “Great News!”?  I can. As we previously reported, Jason Segel won't be starring in the newest Muppet movie because of previous commitments.

The world just seems like a friendlier place when The Muppets are with us in films and television entertaining us with whimsy, silliness, sarcasm, friendship, and just a whole lot of heart.  Disney had The Muppets return in the fall of 2011 with a fine movie that also starred co-writer, co-producer Jason Segel.  That effort brought in about $150,000,000 worldwide in box office receipts more than tripling its estimated budget.  Those certainly are the kind of numbers that Disney likes so it makes sense for Disney to once again bring back the late Jim Henson’s beloved characters, this time opposite Gervais instead of Segel. I love The Muppets.  I’m an unabashed Muppets fan.  Ricky Gervais?  Well, he can be incredibly funny but also wickedly biting and extremely foul mouthed in some of his brand of humor.  Let’s hope Kermit and the gang can keep him appropriately in line.

The Muppets franchise is a rather confused Disney property.  It seems as though for the longest time, Disney had no idea what to do with them after they acquired the rights from the late Jim Henson’s heirs in 2004.  And just to be clear, Disney owns the rights to Kermit, Miss Piggy, Fozzie Bear, the Swedish Chef, etc.  Disney does not own the rights of the Muppet characters that appear on PBS in Sesame Street.  Big Bird, Elmo, Cookie Monster and company belong to the Sesame Workshop (formerly known as The Children’s Television Workshop).  It’s a different deal altogether as Disney’s Muppets appeal to people of all ages (and actually had their origins on Saturday Night Live) while the Sesame Street Muppets are primarily targeted for teaching young children.

It’s almost as if Disney keeps The Muppets in a proverbial trunk and pulls them out when someone says “It’s Muppet time!” rather than give them any degree of full attention.  Case in point is the Muppet Theater in Disney California Adventure.  We are now in month 3 or 4 of The Muppets given the boot out of their own theater (which seemed to be the plot of their last movie).  The Muppet Theater now shows some sort of Prep and Landing holiday film.  Before that, the Muppet Theater played home to a Frankenweenie promotional effort (which didn’t seem to work).  There is only so much room in the old noggin for which Disney characters to embrace.  I embrace The Muppets. 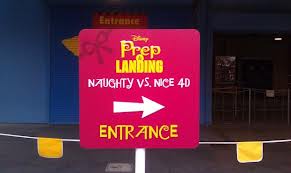 People will point to the fact that the Frankenweenie, Prep and Landing, and even the TRON promotional films brought people into the theater that is largely empty when the Muppets are present but Disney has some measure of culpability in this.  In an age of pristine, high definition, digital films Disney for years on end has trotted out the same grainy 3D Muppet film over and over again in what is a rather nice theater setting.  It got old, people stayed away, the Muppets lost their audience through no fault of their own.  Along with a new Muppet movie in 2013, how about a new attraction from the gang for the Muppet Theater in both Disney Hollywood Studios and Disney California Adventure, something that sparkles and jumps with the presence of such wonderful characters? 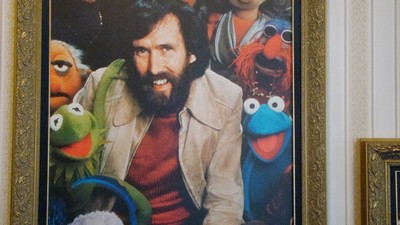 Jim Henson was man who was not unlike Walt Disney and sought to touch the hearts of people who looked at his work and allowed his characters into their lives to move their spirit.  He gave us The Muppets, friends for life, and a Rainbow Connection.  By all accounts he was one of the nicest of guys in his world of puppets.  He died at far too young of an age of a perfectly preventable infection.  The story goes is he needed to see a doctor but he just didn’t want to bother anyone with being sick until it was too late.

In a world that is sometimes sad, Jim Henson’s Muppets are characters bonded by friendship that need to endure and Disney needs to do a better job of caring for them for the generations to come.  Maybe we are seeing the beginnings of that now.  Are we ready for more Muppets?  Absolutely. 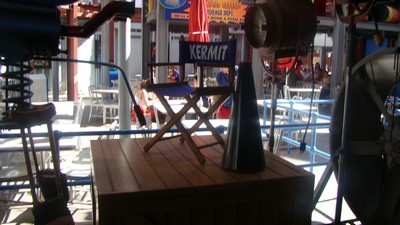 Editor's Note: Make sure to check out Disneyland Traveler(he wrote this awesome piece) and signup for our free newsletter to receive all of the latest Disney news and a guide to Disney Parks.

Previous Post: 10 Reasons Disney World is Wonderful During the Holidays