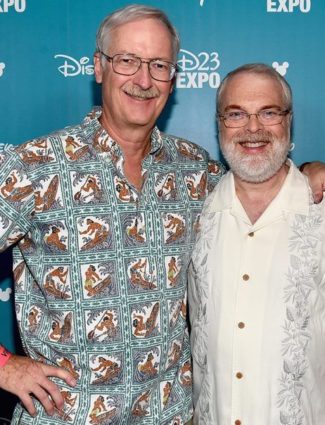 The newest Disney Animated film, Moana, has been brought to life by an incredible team of artists, led by Ron Clements and John Musker, the directors of Disney classics The Little Mermaid and Aladdin.

Moana was the first Computer Graphics film the directors ever worked on and the film presented a big learning curve.

Compared to a hand drawn animated film, a Computer Generated film develops much slower because as Ron Clements explains “everything, along with the story, which goes through a lot of changes, everything has to be built.” Each and every character has to “be designed, they have to be modeled, they have to be rigged. Every element of the environments have to be built. There are so many testing and research going on that you don’t see a lot at first, in terms of what it’s going to, you have to be patient, you have to wait a long time.”

Amy Smeed, one of the heads of animation on Moana, explained that her and co-head, Hyrum Osmond were worried the directors wouldn't understand the limits of CG. Before beginning animation on the film, they sat down with the directors to bring them up to speed on the evolution of the animation process, citing hand drawn references when possible and providing a full introductory lesson on the medium. Smeed shared that the directors were extremely curious and tons of fun to work with. After their first meeting, her and Osmond’s fears were wiped away. 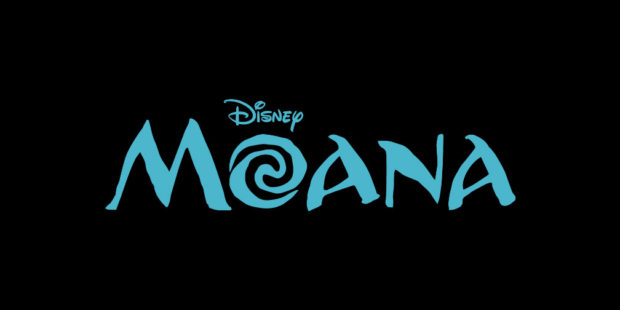 Ron Clements explained that because of the CG medium used on the film and the way the film evolved, they ended up working on a quite compressed schedule for the film. In fact, “the bulk of this film was actually made since last January and at a fairly rapid rate, so when we saw it start to come together, it actually wasn’t that long ago.” The directors were blown away by the power of the computer in bringing their creative vision into reality with the “animation, effects, lighting, textures, tech animation, specifically the hair, and the water. It was all so cool!”

John Musker shared how far they have come since The Little Mermaid in terms of visual effects and possibility in animation, especially in terms of the water effects. “Even five years ago I think it would have been much harder to do it. The technology just keeps developing all the time and we knew pretty early on, when we were in the islands people talked about the ocean as if it were alive and they caressed it and they had these personal relationships with the ocean, so we knew we wanted the ocean to be a character in the movie. We knew we wanted to have this lava monster in the movie.  We didn’t know how to do it and we talked to a lot of very smart people and they didn’t know how to do it either.

They were saying that this is like going to be really, really hard, but we think we can figure it out before the movie needs to come out and they did.  So it was actually, there was sort of groundbreaking technology in this movie.  There are a lot of things in this movie, even including what was done with the hair, Maui’s hair, Moana’s hair, there are things that were really breakthroughs in technology.” 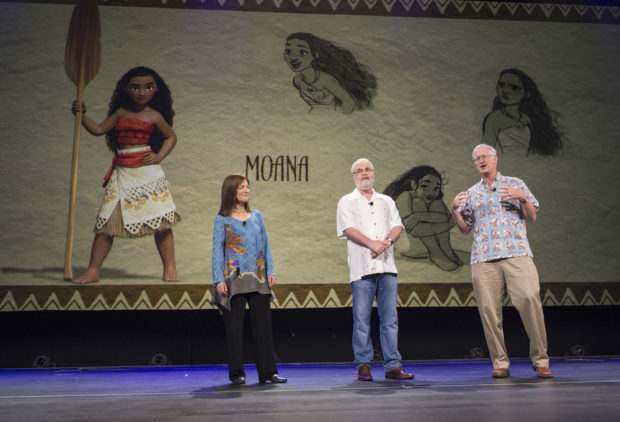 Some of the artist working on the film reflected back on their connection to The Little Mermaid and the effect that film had on them. Lin-Manuel Miranda, one of the three artists who worked on the music of the film, shared a funny story from his interview for the role. “Well, ah, I think when I first interviewed for this job I walked into a room with Ron and John, makers of my favorite Disney film of all time and I said, “You’re the reason I even get to walk into this room,” and so, and I think I probably scared them a little bit because I quoted some obscure section of Little Mermaid that they had since forgotten about.”

The directors also pulled Disney-tested talent to work on the film. They brought in “Mark Mancina, who worked on Lion King, who helped glue together sort of from a music, a world music perspective, he sort of was able to pull in Elton John and the cultural music and level him and sort of make them live in the same world.  We felt that Mark could help do that to combine the music of both Lin and Opetaia to kind of help fuse all that into one thing.”

The directors brought together a team of A-list talent to bring the world of the Pacific Islands to life and in doing so created a film that will become another Disney classic.