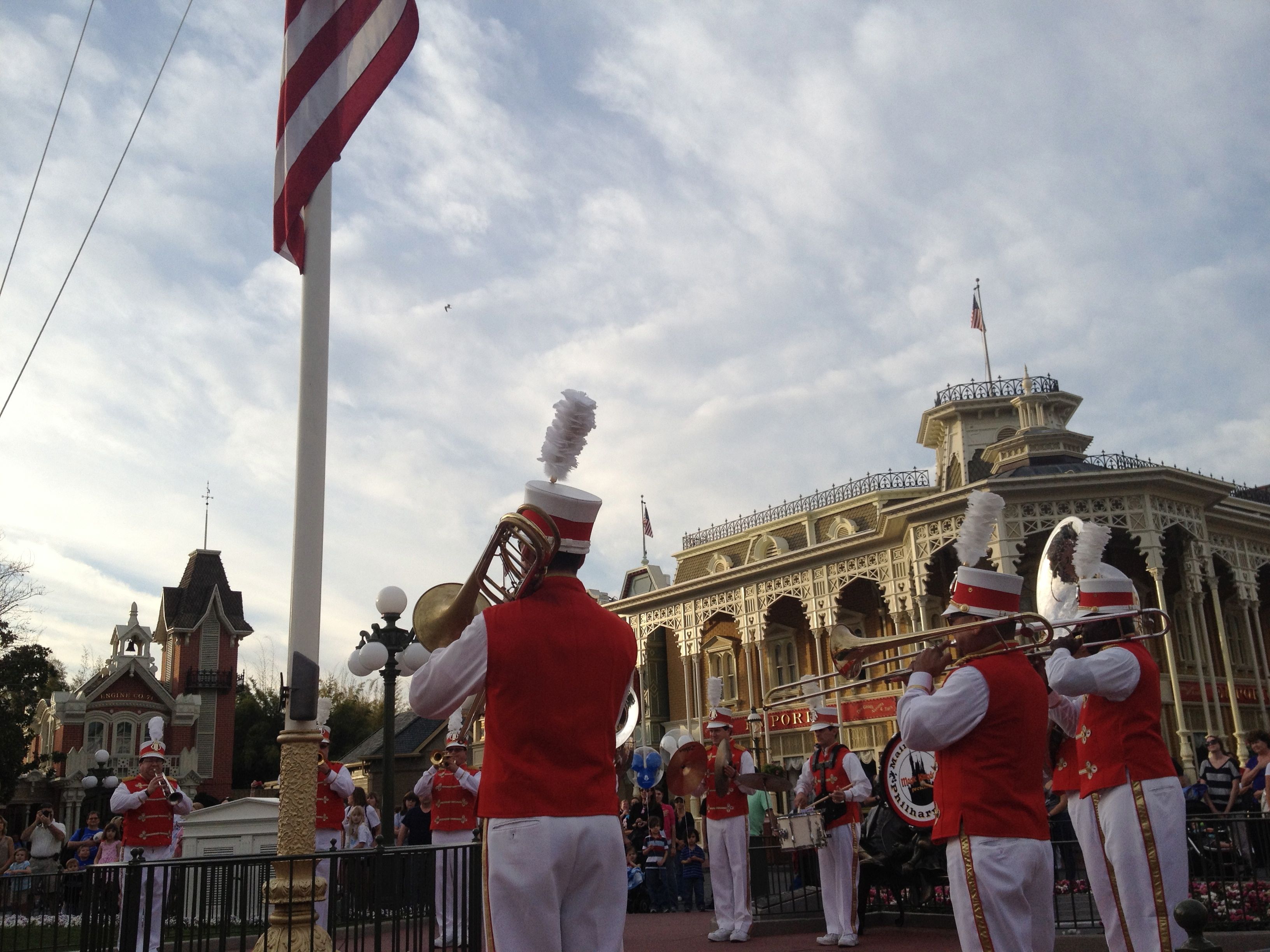 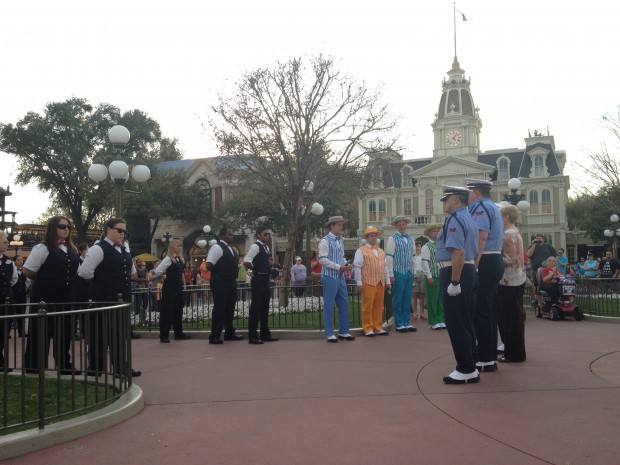 Disney creates magic and memories everyday for their guests.  As we reflect on the past year, we also reflect on our own Disney memories.  There is a flag retreat held daily at Magic Kingdom. Despite the playfulness of the Magic Kingdom, this ceremony is very serious and is observed by all of the cast members in front of the train station in Main Street USA.  One beautiful evening last January, my family waited at the flag pole to watch the ceremony.  Cast members began to silently line up in and around the train station.  The Dapper Dans asked my son if he wanted to say the Pledge of Allegiance with them.  Disney Security, Dapper Dans, Cast Members, and Magic Kingdom Guests all held their hand over their hearts while my son said the Pledge of Allegiance with the Dapper Dans. 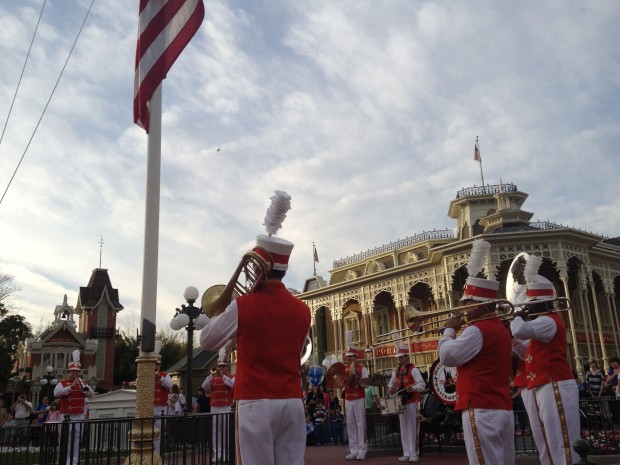 As the flag was lowered and folded, the Main Street Philharmonic Orchestra played the Star Spangled Banner, God Bless America, and other patriotic songs.  Disney Security, with the white gloves, carefully folded the flag and gave it the Veteran of the Day representing the United States Air Force and National Guard.  Since my son had an active role in the ceremony, the Photo Pass person took pictures and we were able to pick up one free photo before we left the park.  The ceremony lasted a whole ten minutes but it was a very moving event and is my top Disney memory for January 2012. 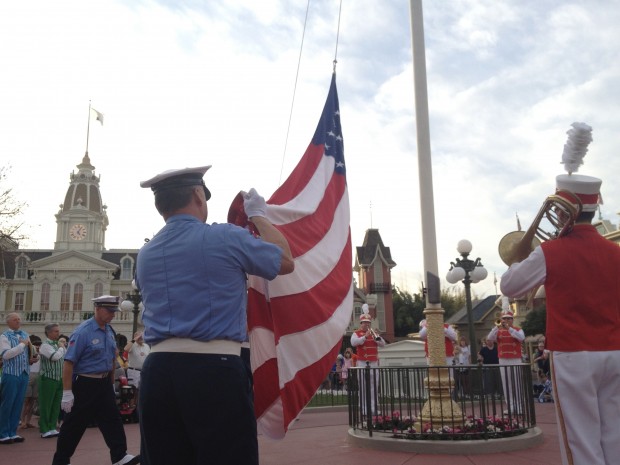