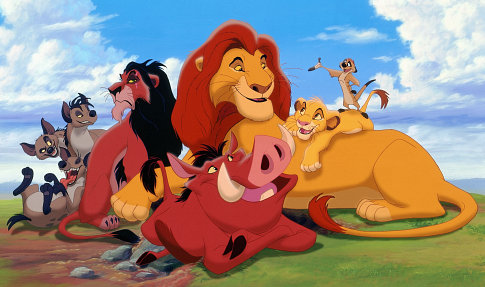 In one of the biggest surprises of the year, the limited release of “The Lion King 3D” pulled in $8.8 million on Friday – far ahead of what pre-release polling indicated. If it continues on that path, the film could net $22-23 million in its opening weekend.

Families turned out in full force to see the 3D conversion of the 1994 animated classic (though some theaters are simply playing it in 2D). The release was largely intended to promote the Oct. 4 release of the Blu-Ray edition of the film, but the theatrical run is taking on a life of its own.

Defying all projections, the film easily claimed the top spot over three new films: “Drive,” “I Don't Know How She Does It,” and “Straw Dogs.”

Since its debut in 1994, “The Lion King” has grossed a remarkable $788.2 million globally. It is the highest grossing hand-drawn animated film of all time and is credited with ushering in what is known as the “Disney Renaissance.” The show spawned a highly successful Broadway production and several television knock-offs.