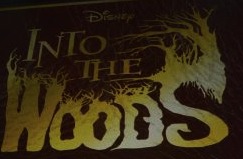 The long rumored Into the Woods movie from Disney has finally been officially announced.

This graphic was just released from the D23 Expo. The new logo looks fantastic.

Sean Bailey, the head of Live Action for the Disney Studios, officially announced some details about the new long awaited movie. 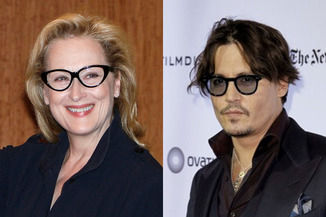 It was announced that Rob Marshall of Chicago fame will be directing the film.

The cast of the new film was also announced and includes many notable stars including Johnny Depp as the Big Bad Wolf, Meryl Streep as the witch, Chris Pine(Star Trek), and Emily Blunt(Devil Wears Prada).

The movie will be produced by Marc Platt the producer of the multiple Tony Award®-winning musical “Wicked” on Broadway. Other producers include Marshall, John DeLuca and Callum McDougall.

Into the Woods combines every classic fairytale and tells a beautiful story of good vs. evil.

“Into the Woods,” based on the Tony®-winning original musical by James Lapine and Stephen Sondheim, surrounds a baker and his wife’s quest to break a witch’s curse in order to start a family. Along the way, they encounter several well-known fairy tale characters and together they learn what happens after “happily ever after.”

The film is slated for a December 2014 holiday release. See the full cast.