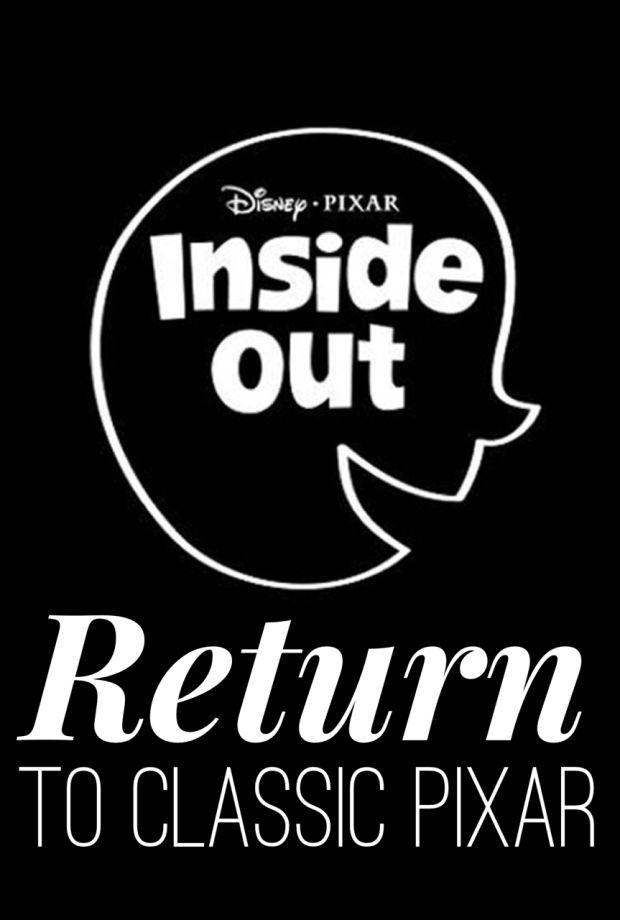 Inside Out is a return to classic Pixar–great creativity, a unique story and clever humor. This new film takes us inside the mind of an 11 year old girl and introduces us to all of her managing emotions. The movies turns the brain into a sort of headquarters that controls all of our emotions and memories.

This movie comes to us from Up and Monster's Inc director Peter Docter. He hit this movie out of the park, just like his two previous classics. Variety called the film Pixar's best ever. I might even agree with them. The story had a great arc in an imaginative setting.

The cast of characters is made up of Joy, Sadness, Anger, Disgust, and Fear. These emotions are played by the lovable Amy Poehler, Phyllis Smith, Lewis Black, Mindy Kaling, and Bill Hader. Phyllis Smith and Lewis Black really steal the show with fantastic one liners and fun anecdotes. These are the lines you will remember from the movie. But, the entire cast of the characters plays very well together and resembles a perfect oddball family that may seem to dislike each other on the outside, you know how much they love and rely each other on the inside.

Because the film is based in reality, the filmmakers were able to make jokes off of the everyday scenes by incorporating their new emotion characters. Unlike many of the other animated films we have seen recently that give away every joke in the trailer, for every great joke I had already seen in a trailer, there seemed to be one that was just as funny in the movie.

Seeing the inside of the eleven year old brain as dreamed up by the creative people at Pixar was a highlight of the film. Inside the brain you will see the movie studio that creates our dreams nightly, the actual TRAIN of thought, and my personal favorite–Imagination land. During one of the nightly dreams, they make a small tribute to the Disneyland Haunted Mansion as they used a piece of the classic score as the background music in one of the nightmares. Sitting the theater I immediately turned to my sister sitting next to me and said–haha that's the Haunted Mansion. There are so many other awesome jokes and easter eggs throughout the movie, that I don't want to give away in my review.

Of course, in the movie, we also see John Ratzenberger, Pixar's luck charm. In this film he takes a slightly smaller role, similar to his role in Up.

We saw the movie in 3D. While I don't think that 3D is ever necessary for a movie, this did enhance the colors and provide more depth of image. Don't expect to see any of the “cheap 3D tricks” as referred to by Fozzie Bear in Muppet Vision 3D.

This movie has all the fixings of a classic Pixar film. I am quite excited to see how the movie fares at the box office, but seeing as it still has a 100% rating on Rotten Tomatoes, this could be the home run movie of the summer.

These characters promise to be classics for years to come. I expect to see quite a heavy presence of the characters in the parks. The Disney Parks Blog has already announced that the characters will be added as the lead pre float to the Pixar Play Parade.

This movie was fantastic and worth a watch. Head out to the theater opening weekend.

For more from Disney Dose, be sure to subscribe to our newsletter and join us on Facebook.

Next Post: Pixar “Inside Out” Story Artist Draws from Own Life Experiences