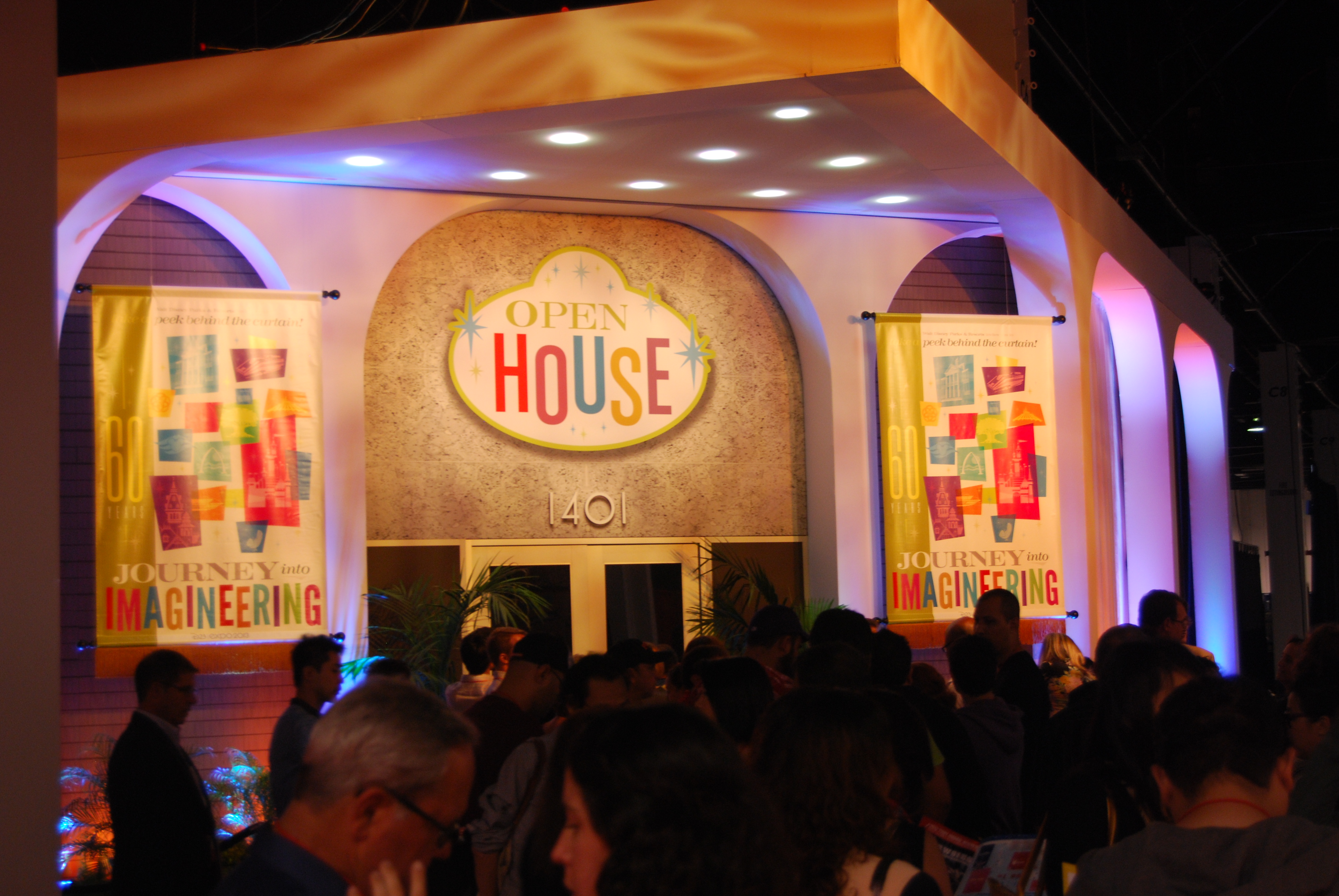 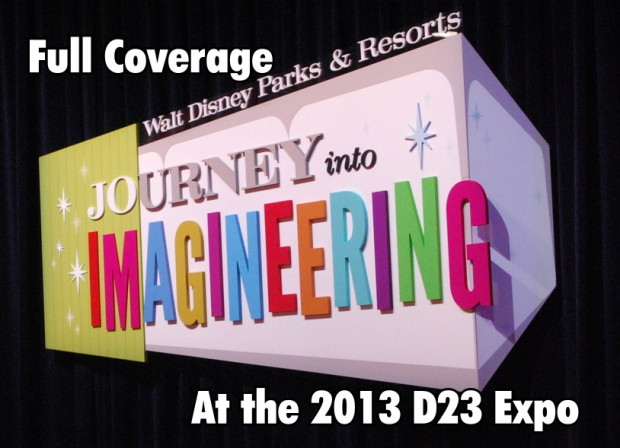 To honor the 60th Anniversary of Walt Disney Imagineering, Disney put on an “open house” that provided a unique inside look at their design process. 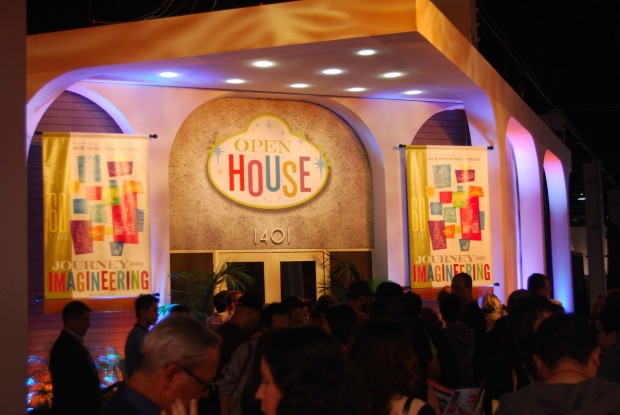 Each division of Imagineering was represented in the pavilion. There were major booths for the Art Department, Reasearch and Development, Paint, Audio-Animatronic programming, and Special Effects. Also included in the pavilion were small areas devoted to the Avatar expansion planned for Animal Kingdom, My Magic+ in Walt Disney World, and the upcoming Marvel experience on the Disney Cruise Line.

As you entered the pavilion, there was an unassuming stack of crates labeled with information from a galaxy far far away. In this section Disney was hinting at the rumored Star Wars Land. By hinting, I really mean that they didn't tell you anything. When asked, the Imagineers simply replied, “Yes, we have had a fantastic partnership with Star Wars or more than 25 years and look forward to continuing that partnership.” 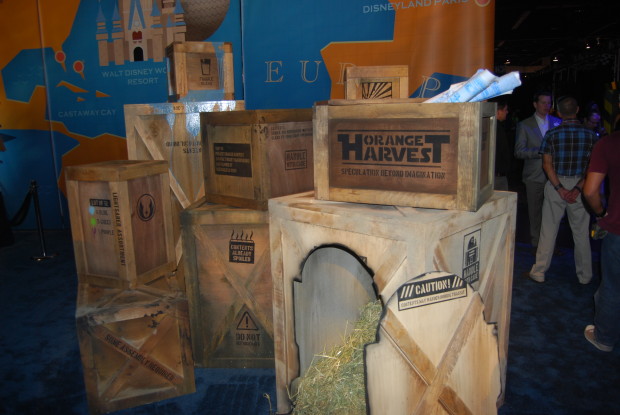 As you walked past the Star Wars crates, you saw the My Magic+ representing the new billion dollar technology being phased into Walt Disney World. The new technology will try to give Walt Disney World guests a new way to plan their vacation. I am sure that Disney was sad to see how few attendees looked at that exhibit. 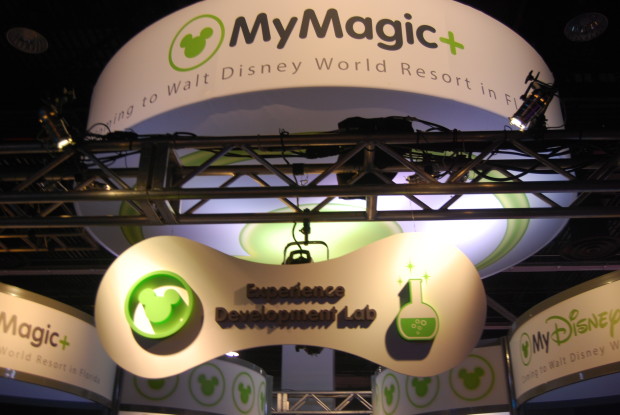 Next door was an area dedicated to the most recent addition to a Disney Park: Hong Kong Disneyland's new Mystic Manor. We chatted with a couple Imagineers about the difference between Mystic Manor and the original Haunted Mansion. 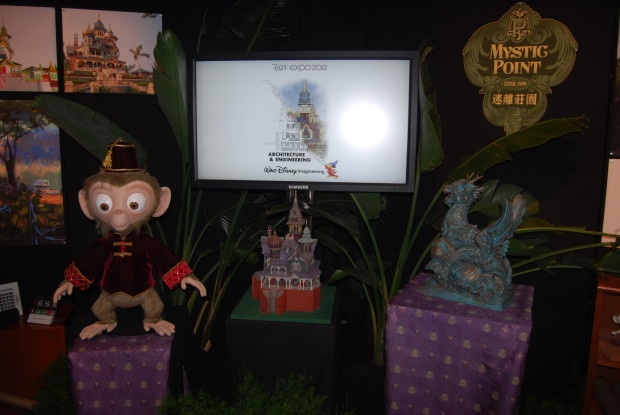 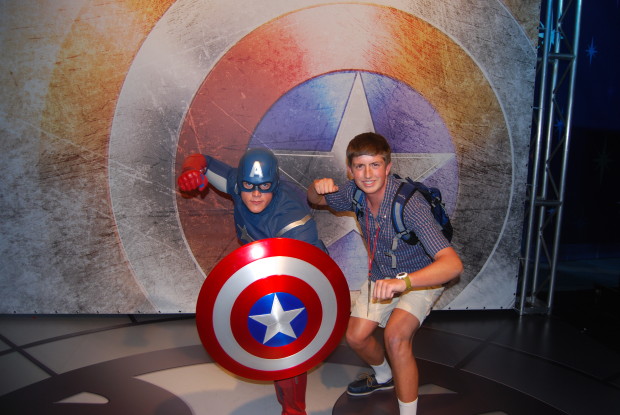 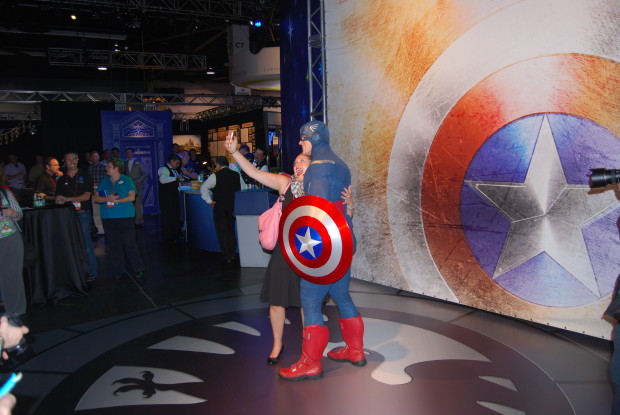 In the Special Effects room, the Imagineers were showing off the lamp that they had recreated from Aladdin. 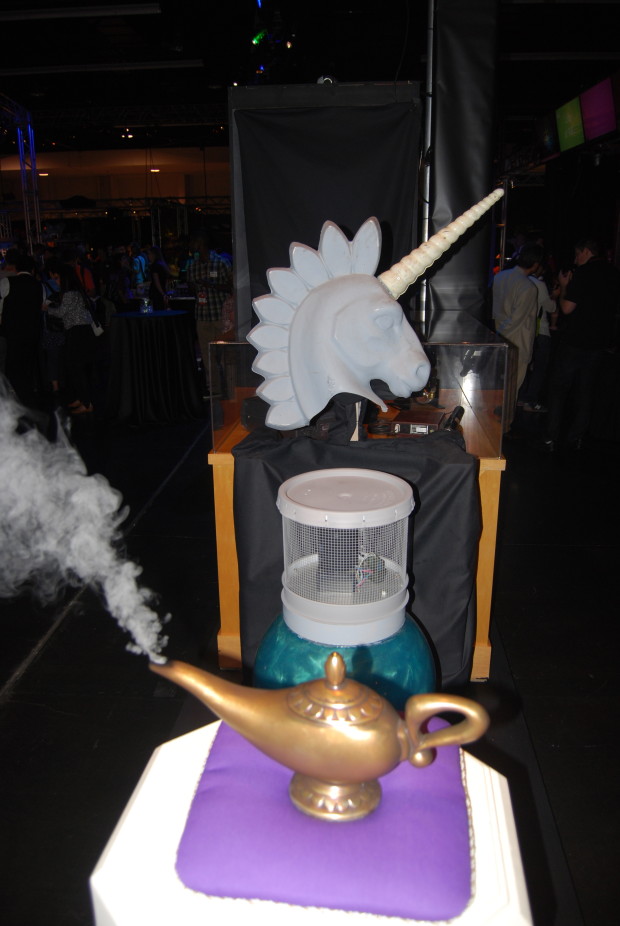 The Model Shop had a great collection of items plus live sculpting by an Imagineer. In the model shop we saw small models of planned attraction vehicles and of future Audio-Animatronics referred to as maquettes. 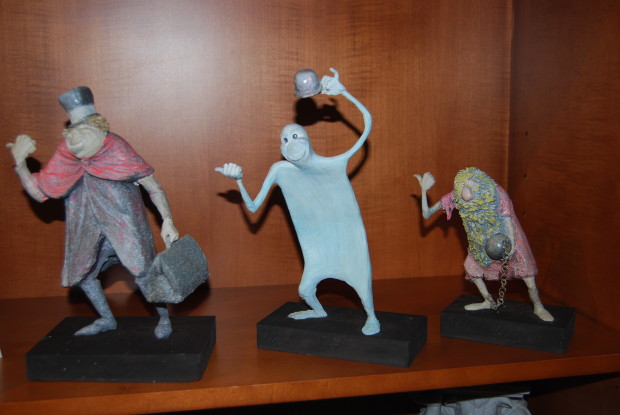 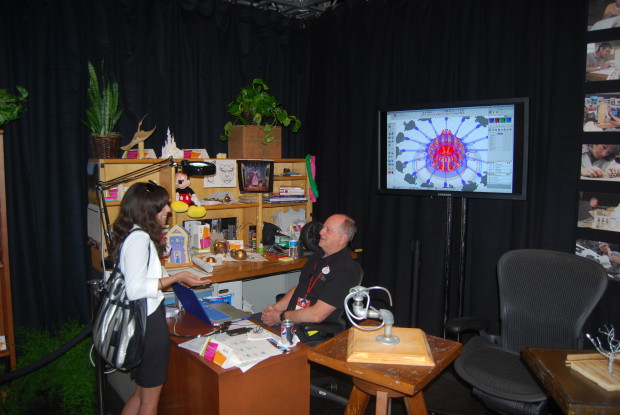 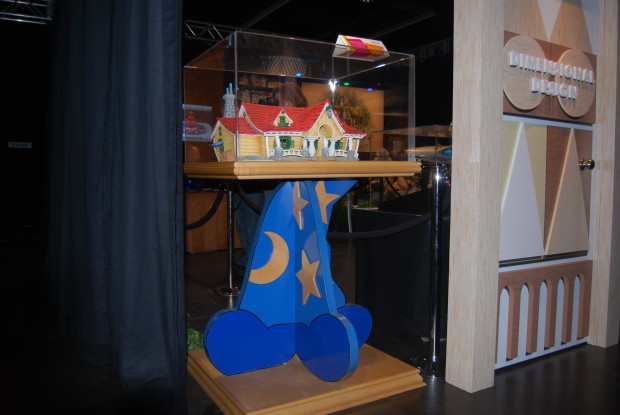 The Audio-Animatironic section was a fan favorite. Disney demonstrated how the Hatbox ghost would look as a modern day Audio-Animatronic. You never know, it could show up back in the Haunted Mansion attraction some day. 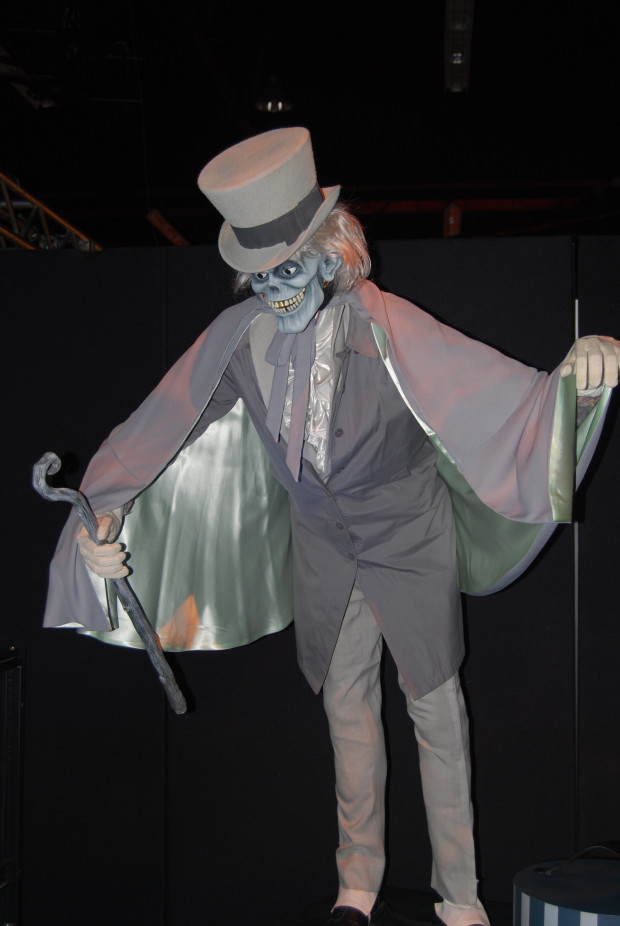 They also showed off pieces of different Audio-Animatronics from different attractions, past and present. 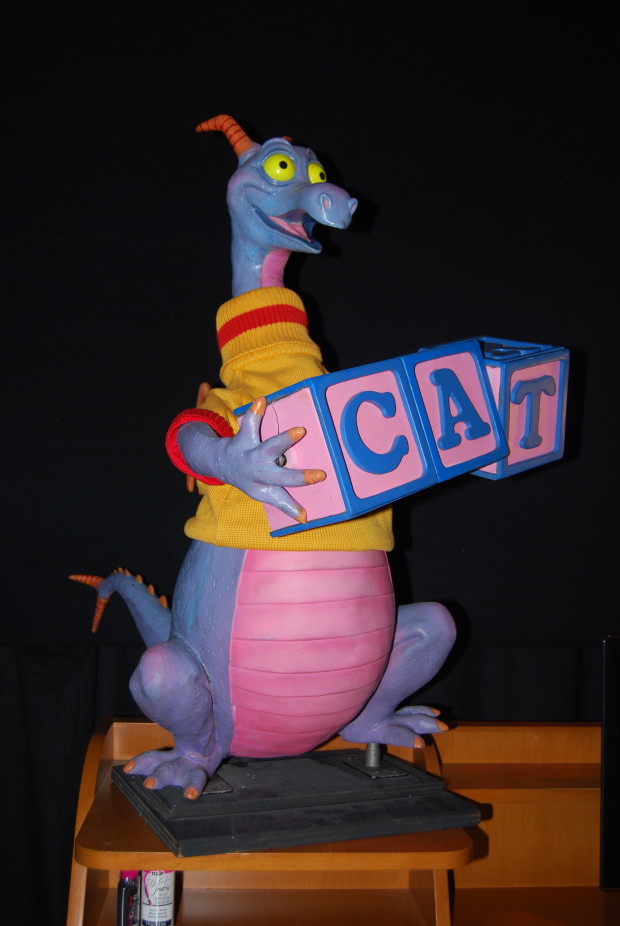 The paint department was represented at the expo. Their job is to design the different mixtures of paint to give a building the correct feeling when it is complete. That is enough from me, just let my new friend Ashley tell you. 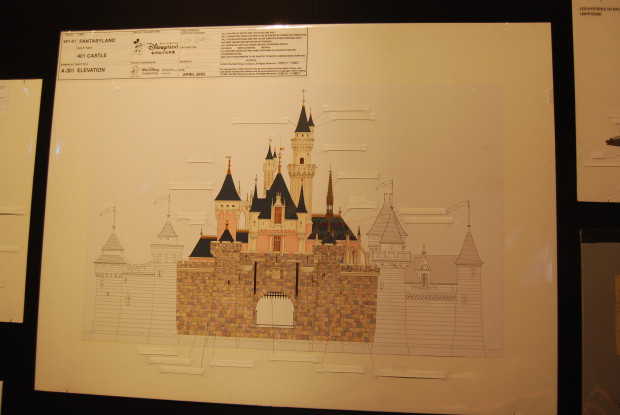 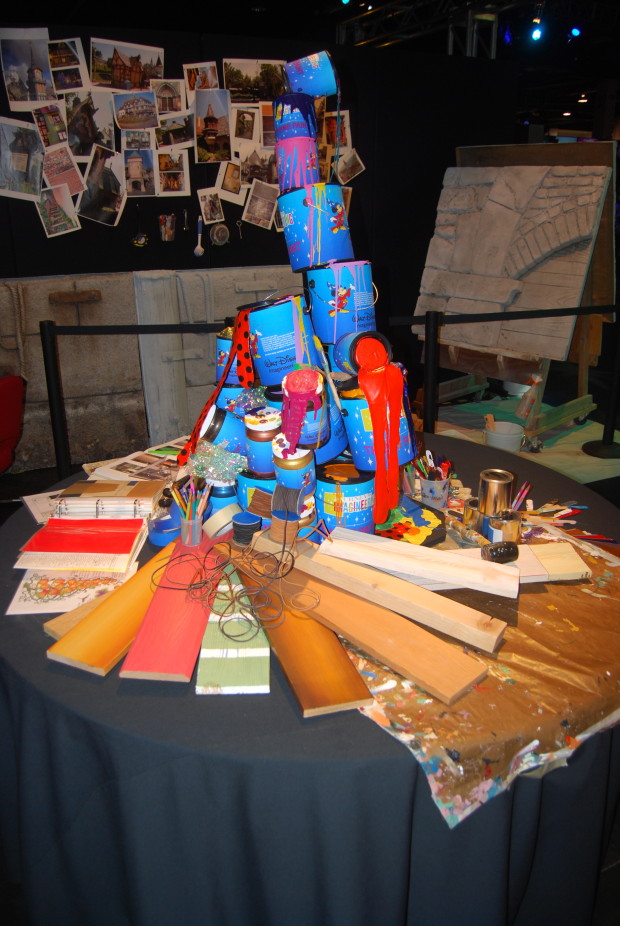 Disney also showed a desk of an Imagineer who was working on the Avatarland Project for Animal Kingdom. Similar to the Star Wars Imagineers, the Imagineers working here didn't reveal anything.

The desk is covered in props from the films donated by James Cameron's Lightship productions, the film team behind Avatar. The Imagineers working on the project told us about how helpful James Cameron's team has been bringing the exhibit to life. Mr. Cameron is much more cooperative than other fantasy authors they have worked with. 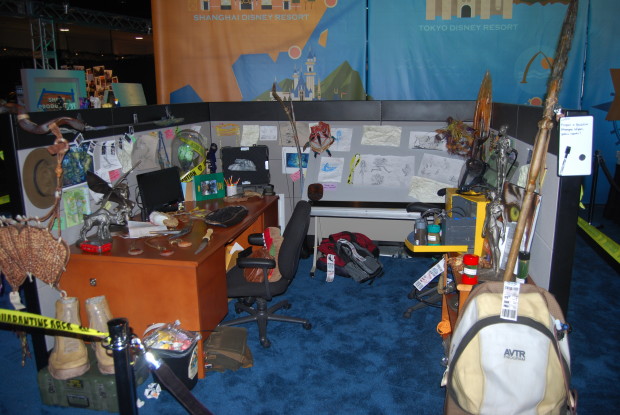 One of the most amazing parts of the D23 Expo was getting to see the sketch by Herb Ryman that pitched the concept of Disneyland to the world. Also inside were original plans for Disneyland when it was to be directly across the street from the Disney studio lot. The final room of this exhibit displayed a map of Disneyland that used black light paint to let a single picture represent Disneyland during the day and Disneyland at night. 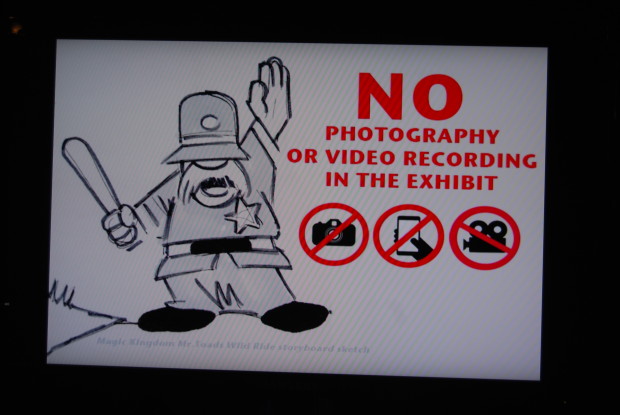 While no photos were allowed during this exhibit, there are scans of the Herb Ryman map online: 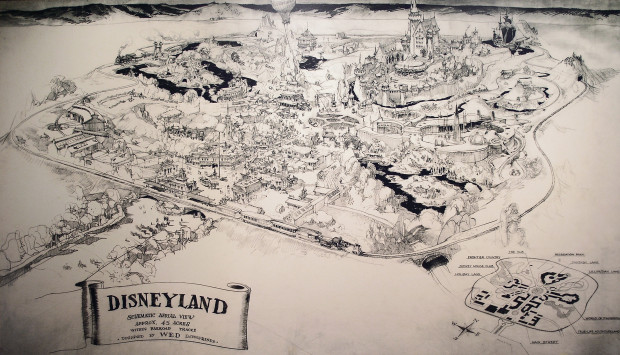 That just about wraps up our coverage of the amazing “Journey Into Imagineering” Pavilion. Be sure to checkout all of our videos throughout the article and signup for our newsletter. 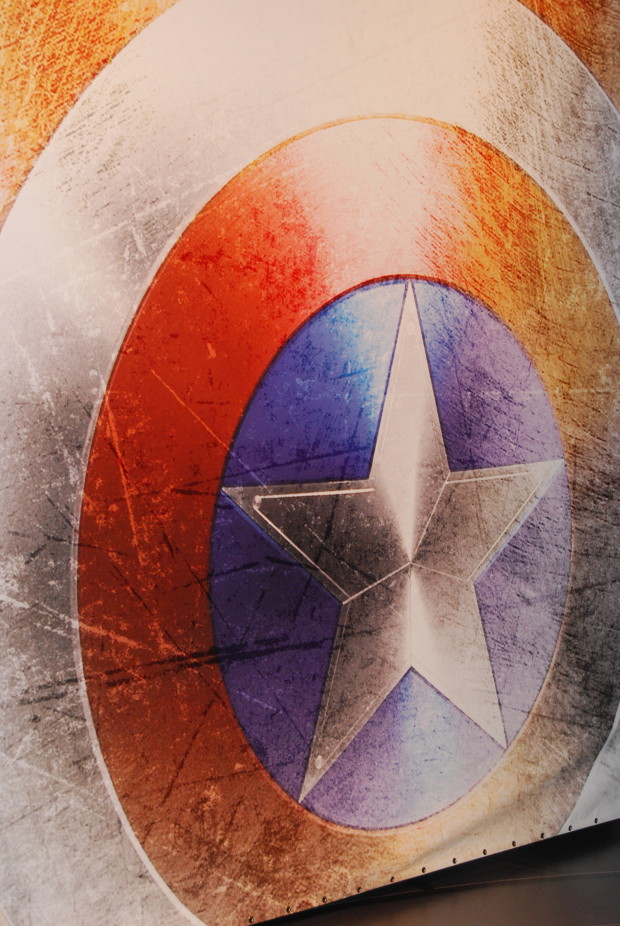