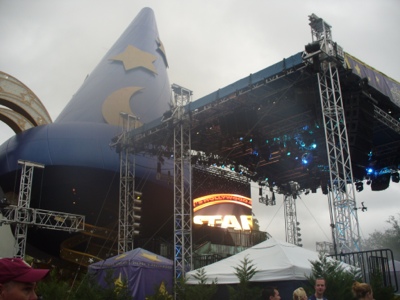 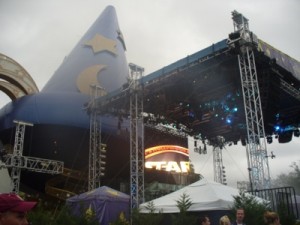 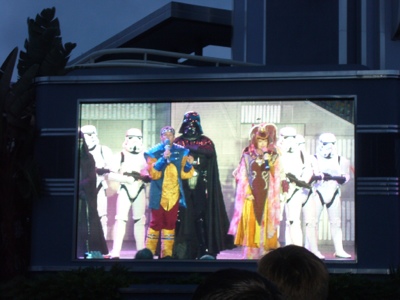 As in the past, the good guys competed with the bad guys in a dance off. All were rocking their moves but there is only one clear winner. This year, it was Chewbacca! Many of the Star Wars guestswere excellent dancers but no one can beat Chewbacca, his new hairdo, or his stunning dance moves.

As expected, the Emperor tried to steal the show with a song from long ago and his bad boy moves. Darth Vader may have joined the dark side, but behind that evil machine front, there is a young man that was so loving and passionate. He proved that he can still hold his own on the dance floor. That leaves me with only one question…Annie, are you ok?

To see a video of one of the final nights of Hyperspace Hoopla watch below:

The Hyperspace Hoopla happens every year at Star Wars Weekends. Check this year's event schedule at the Disney Park's website.

Next Post: Casey Jr Soak and Splash is Open!