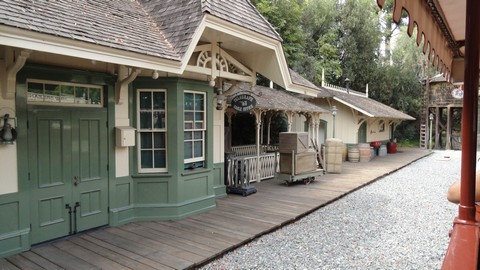 We spend almost every Saturday either at a stadium or in front of a TV watching football. Yeah, besides being a Disney guy, I'm also a sports guy, mostly football and baseball but you can throw in some basketball and hockey once playoff time rolls around. As I watch the games I think about the 100 yard field football is played on. It's really not all that big of a plot of land when you come to think of it.

When my wife and I make our trips to Disneyland we have several favorite ways to start our Disney day. Probably our most favorite way is to get on the train at the Main St. Station, make the complete “grand circle tour” around the park, then stay on the train for an extra stop and finally get off in New Orleans Square. And there's where the magic begins – about a hundred yards  of pure Disneyland magic.

The magic is all lined up for you in a neat little row – from left to right – looking toward the entrances – The Jungle Cruise  Indiana Jones Adventure, Pirates of the Caribbean, the Haunted Mansion, and Splash Mountain. How great is that? Entrances to 5 of Disneyland's most iconic attractions and they pretty much all sit side by side within a span of about 100 yards. Extend the boundaries a bit and you can pull in Winnie the Pooh (and I confess to being one of the few Disneyland regulars who actually enjoys Pooh) and the Enchanted Tiki Room as well. 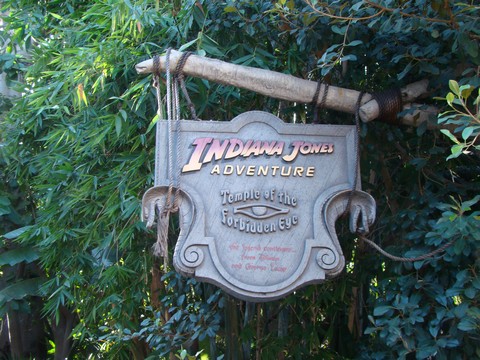 Here is what we generally do though order can change from visit to visit. Get off the train at New Orleans Square, get a fast pass for Indiana Jones, head up to Splash Mountain, after Splash jump on Pooh (usually little to no line), head down to the Haunted Mansion, then to Pirates, then the Jungle Cruise, and if your timing is good, you should be about in your Indiana Jones fast pass window providing you are going through this ritual first thing in the morning. And after Indiana Jones, I would probably go get on Pirates again simply because it is the best ride in the park. 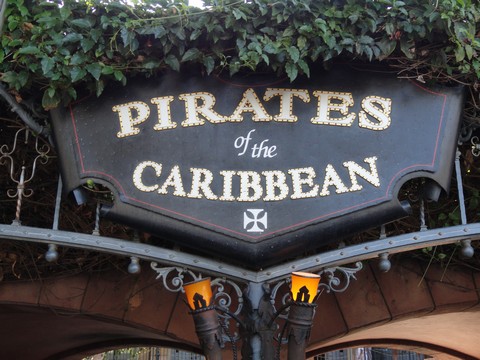 Again, providing you are doing this first thing in the morning, you don't need to race from attraction to attraction. An easy walk soaking up the park atmosphere will do nicely. Besides racing, especially in the crowded Adventureland bottle neck would not be recommended. Somewhere there is a stroller with your name on it ready to ram you if you are not careful. If you played your cards right, you've done all this before lunch. Guess what? You are probably in the best area of Disneyland for dining choices. There's the upscale Blue Bayou (reservations always recommended), the scenic Cafe Orleans with both indoor and outdoor seating, and the cafeteria style counter service French Market. No hesitation about recommending any of them. If you want some peace and quiet (usually unless you are there during the lunch time rush), head back up to the Hungry Bear with dining patios overlooking the Rivers of America.

One of the interesting of facets of Disneyland, and its really ingenious when you stop to think about it, is its brilliant use of space. How they cram so many rides and attractions into such a small piece of real estate throughout the park is amazing and a bit of illusion. Of the 5 major attractions in our 100 yard walk that starts at the Jungle Cruise and end with Splash Mountain, 3 of them don't even exist within the Disneyland park boundaries. The show buildings for Indiana Jones Adventure, Pirates of the Caribbean, and the Haunted Mansion all exist outside of the park with only their entrances, and in the case of Pirates, its ride loading and unloading occurring within the park boundaries. The bulk of the attractions are “outside the berm” as they say. 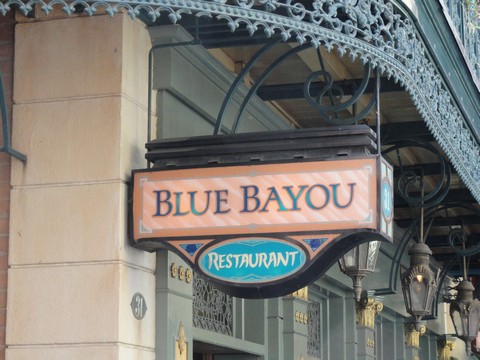 When I think about that one area of the park, I don't even think that the 5 attraction reside in 3 different “lands”. Disney screwed up the theming of the “lands” years ago that it really just doesn't matter that much to me anymore. Yes, The Jungle Cruise and Indiana Jones are in Adventureland and Pirates and the Haunted Mansion are in New Orleans Square and Splash Mountain is in something ridiculously called Critter Country but they all in that one magical corridor. As strange as it might sound, its almost worth the price of admission just cruising up and this down this hundred yards of pure Disney magic.