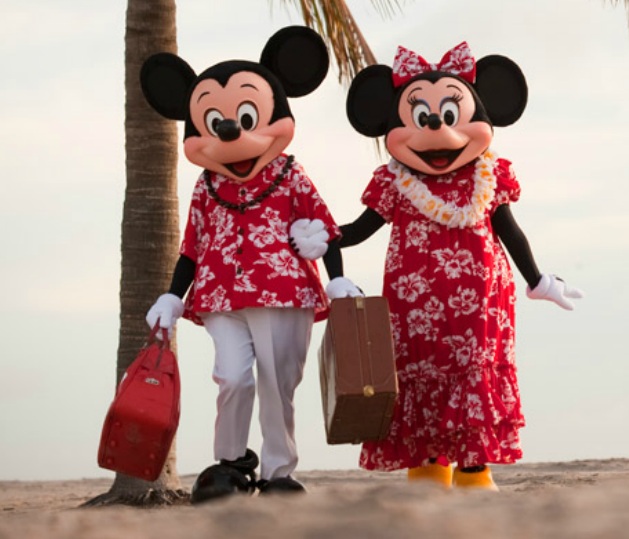 Before we begin, I would like to give a shout out to Brandi Clement, Resort Sales Manager for the Aulani. She kindly gave us a tour of the Aulani when we were visiting in January and she also proof read this article, checking our facts.

Which means, this is a 100% correct history of Aulani. No where else can you find such a well rounded correct guide.[Tweet It!]

Anyways, lets get on with the show or as they say in Mulan, Let's Get Down to Business!

Aulani-A Disney Resort and Spa was Disney's step into having smaller resorts outside of the Disney theme parks. Opened in 2011, this beautiful resort rests on the beaches of Ko Olina in the most removed and relaxing area of the Hawaiian Island of Oahu. 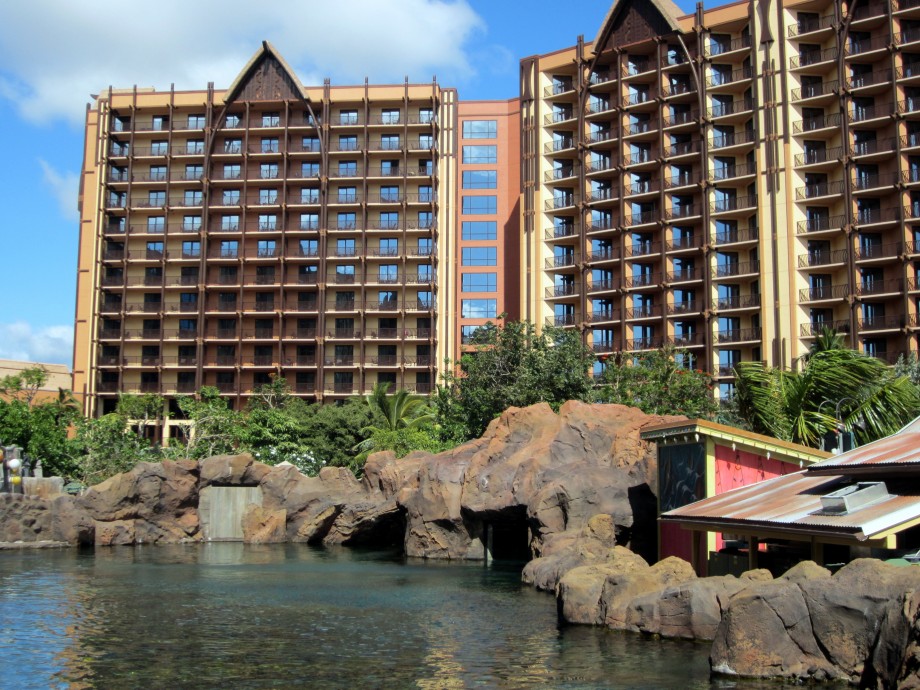 To find that land Disney had been in Hawaii for over ten years searching for just the right spot. Finally in 2007 Disney announced that they would be building an 800 unit resort in Hawaii resting on 21 acres with a price tag of around $800 million dollars.

Disney knows that their guests and Disney Vacation Club members have existing ties to Hawaii. When not traveling to a Disney property, the biggest other trip planned by Disney patrons was to the islands of Hawaii. Disney obviously wanted to capitalize on their guests and have a location in a place where their guests already traveled. Another appealing factor to Disney was their large Japanese audience that often makes trips to Tokyo Disney Sea as well as Hawaii.  The final reasoning behind the project was to expand their Disney Vacation Club offerings as well as their influence as a timeshare.

Who Made it Happen? 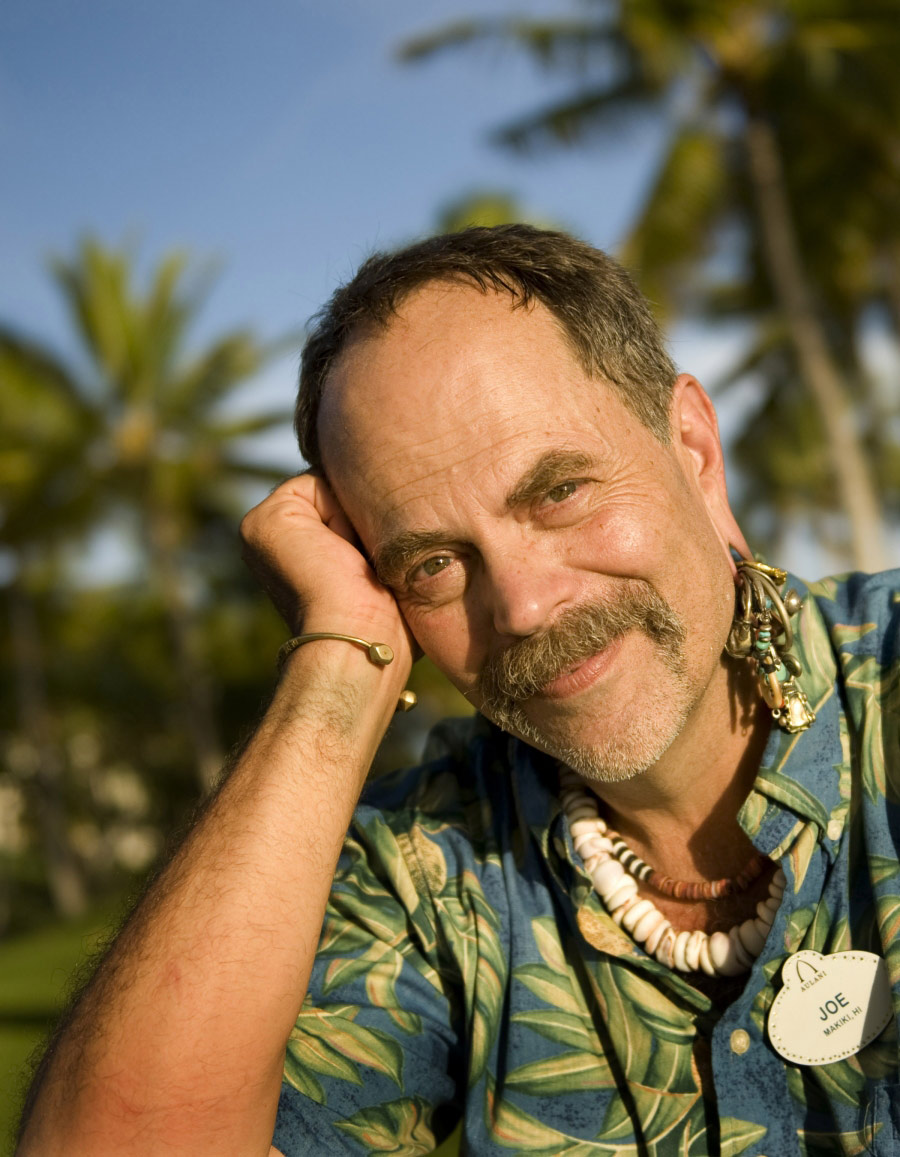 Joe Rohde the chief Imagineer behind Animal Kingdom grew up above Waikiki in Hawaii and was the creative lead on the Aulani project. After finding out that Disney had finally decided to to open the resort in Hawaii he knew and so did Disney that he was the man for the job.

According to Joe the public views Hawaii as a laid back set of islands filled with surfers containing no history. Having grown up on Oahu, he knew that was not true. Hawaii is a place filled with wonder and tradition. That's what the Aulani brings to the table.

How did they stay culturally correct? 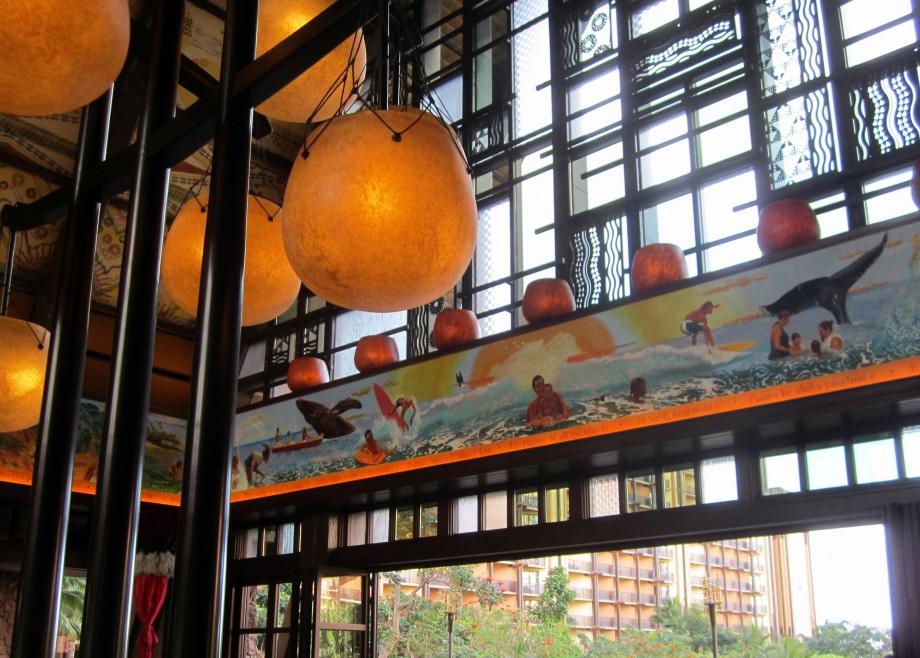 The board was instrumental in making sure that the resort only used Hawaiian names that meant something rather than making up random words(eheehmm Hilton Hawaiian Village on Waikiki).

MikiMiki Fitness Center- Miki actually has nothing to do with our lovable mouse, but instead means energetic in Hawaiian.

Laniwai Spa- Means freshwater heaven and boy this Disney Spa sure is.

Oh at last I see the Light!

Another example of Disney's cultural knowledge is their choice not to use the classic tiki torch. I was completely amazed when I learned, on a press tour, that the concept of a tiki torch was actually from other Polynesian Islands, not Hawaii. You will see these torches at every other resort, but not at Disney.

Instead they use a couple of lighting fixtures that makes me say hats off to Walt Disney Imagineering as usual. All of the lighting fixtures revolve around the kukui nut that traditionally was burned on the islands of Hawaii as their choice fuel.

The main incarnation is very similar to a tiki torch: 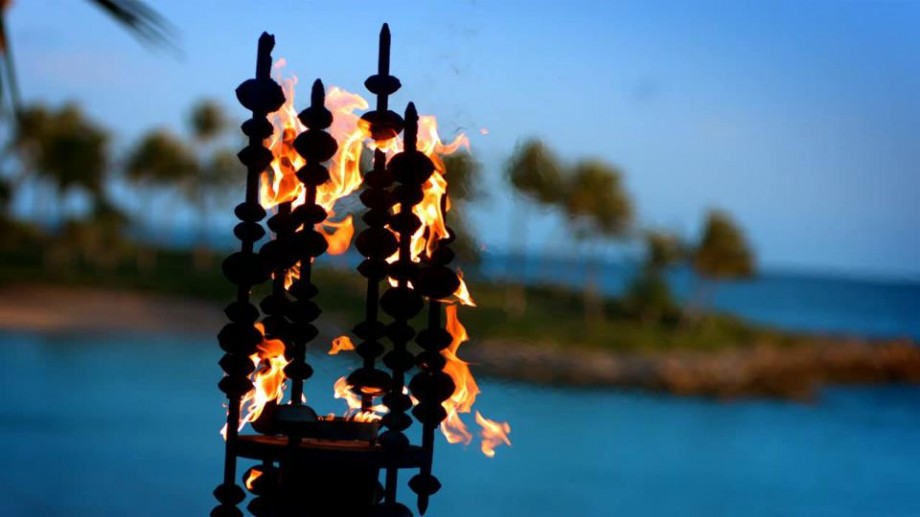 Aulani's Version of a Tiki Torch

The second is a bowl that would traditionally be carried around for light, but in this case is made up of a bubbling water bowl with a light in it.

Where are the characters?

Mickey and Minnie in Hawaii

Another thing that you will never see at the Aulani is a random Disney character running around the property. All Disney meet and greets are scheduled and located in one secluded place.  Much like all of the other guests at the hotel, the Disney characters are simply visiting Hawaii on vacation. Also, you won't find Lilo(of Lilo and Stitch) at the resort accompanying Stitch because she is back home at school on Kaua'i.

After completing the fantastic project that is the Aulani, Disney let it glide. Using very little marketing and relying on word of mouth for marketing, Disney has continued to keep the resort booked  months in advance. Disney also has done a great job listening to the responses of guests and are now making additions to the property that you can read about here. So there is the history of the Aulani, hopefully it lives on sharing the cultures of Hawaii.

We really enjoyed our recent trip to the resort and highly suggest that you take a look the next time that you are on the islands. We highly recommend booking through our partnership with Dreams Come True Vacations. Their highly educated staff will help you create a magical memory filled vacation to Aulani or any other Disney resort around the world.

That just about wraps it up for this history portion of the Aulani.  Make sure to sign up for our email list to get notified when we write more about the Aulani and other Disney locations.

No where else can you find such a well rounded 100% correct guide to the Disney Aulani.[Tweet It!]

Also, we just got back from the Aulani and would be more than happy to answer any questions that you have about the resort!