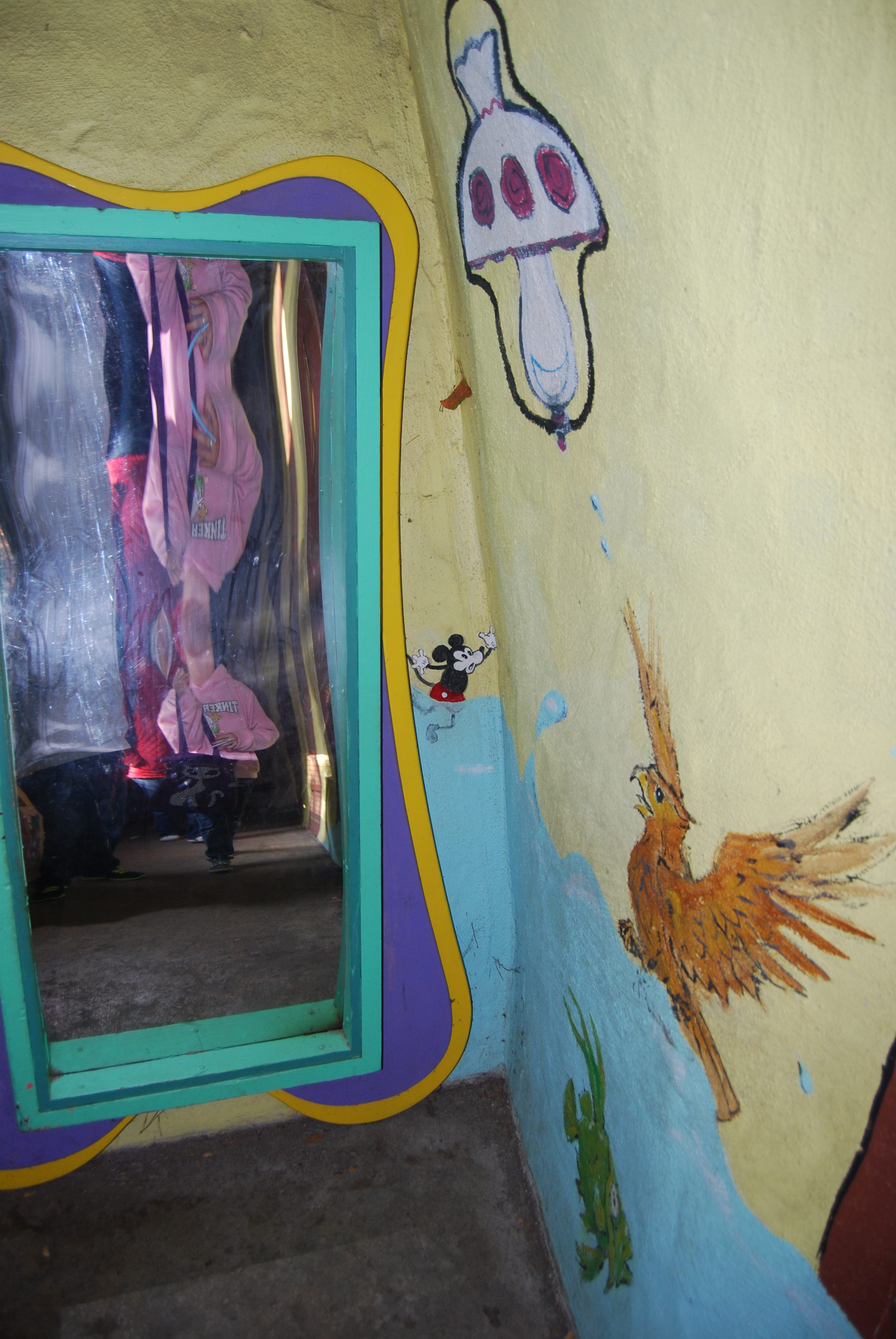 After coming up with the idea for Disneyland Walt was faced with the challenge of how to fund it. After mortgaging his house he still needed more money, so Walt went to the bankers. After having the plan for Disneyland presented to them they wanted proof that a venture like this could actually do well. So Walt looked to Fairyland in Oakland, CA and Tivoli Gardens in Denmark. Walt showed the investors the two parks and they loved both, and so in a way Fairyland helped to bring about Disneyland.

After the opening of Disneyland, Disney added a new ride. That ride was Alice and Wonderland. After the creators of Fairyland saw the ride it gave them and idea. They created the Alice Tunnel and as a thank you to Walt they put Mickey Mouse in the Tunnel, creating a hidden Mickey. So there you are a Hidden Mickey in a non-disney theme park. 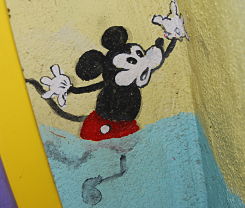 Pictured below  is the Alice and Wonderland tunnel in which the Mickey is found. Walk or slide down the rabbit hole and go along through Wonderland and see all the characters from the stories. Have you ever been to fairyland? Will you go the next time you are in the bay area?

Previous Post: Walt Disney Death Announcements and Cartoons – He Died on This Day