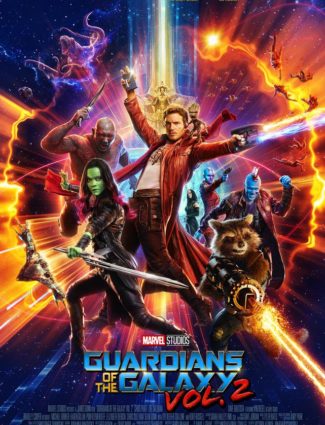 The new Guardians of the Galaxy Vol. 2 movie serves as a great addition to the first film. This second journey into the outer reaches of the galaxy brings together the same team from the original film plus quite a few new characters–a couple of whom are played by fan favorite actors including Disney Legend Kurt Russell.

This new film does a fantastic job building off the characters from the original film and solving key questions that we were left with at the end of the first “volume.” The director took the story in a different direction looking at the origin story of Peter Quill (played by Chris Pratt). The film follows the story of how Peter's father came to earth and how that ties back into the larger world of Guardians of the Galaxy.

While this comparison may not be fair, there is an early line in the film that had me looking at the movie through a Star Wars lense. The Guardians are being pursued through space and Peter Quill flies the ship into an asteroid field to get away. One of the other characters says in a somewhat whiny voice–Princess Leia style–something along the lines of “you'd have to be the best pilot in the galaxy to make it through their alive.” All that was missing from this moment to bring me totally back to this classic scene from Empire Strikes Back, was C-3PO providing the odds about unlikely it was for them to make it through. 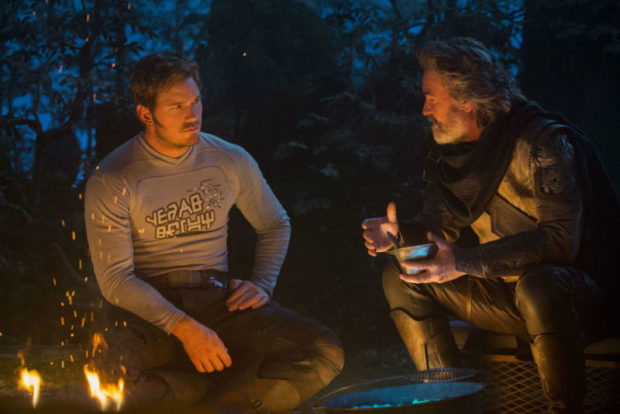 After this initial scene I was constantly looking for more comparisons back to my favorite franchise set a long time ago in a galaxy far far away. The film matched very well with the model for Empire Strikes Back. Throughout Guardians 2 they were laying the groundwork for future story points and connecting the characters together as they solved a mini problem in the form of Peter Quill's dad. The story was a break from the overall arc of the trilogy that centers around the fight against the big blue bad guy whose name I don't quite remember.

Other highlights for me were the great pop culture references that lightened the mood of the movie and added a really fun layer for me to pick out. I am sure that some went over my head and I will discover more in future screenings. For now, I am quite pleased to have them make reference to Cheers!, Mary Poppins, and the Zune being what “everyone on earth is listening to right now.” 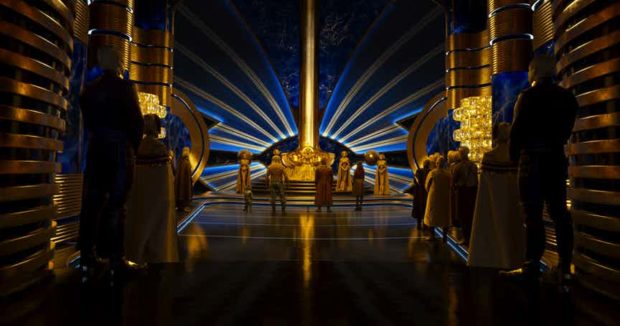 On top of all these references, the movie had another fantastic collection of 80s music that added quite a bit of the movie. These songs combined with the visuals of the Baby Groot character dancing were a hilarious highlight that everyone will love.

Anyways, all these comparisons are a long round about way for me to tell you that if you like Star Wars, pop culture, and 80s music you will really enjoy Guardians of the Galaxy Vol. 2. Don't go in expecting a revolution of the genre and you will be pleased to have a new space based film where the key to success is blowing up a huge mass that appears to be a planet and asteroid fields are the perfect way to escape a pursuer.

The new film debuts on May 4.

While I was given access to an early press screening of the film on the Disney Studio lot, the opinions shared here are my own.

Previous Post: Beauty and the Beast Review: Go See It!