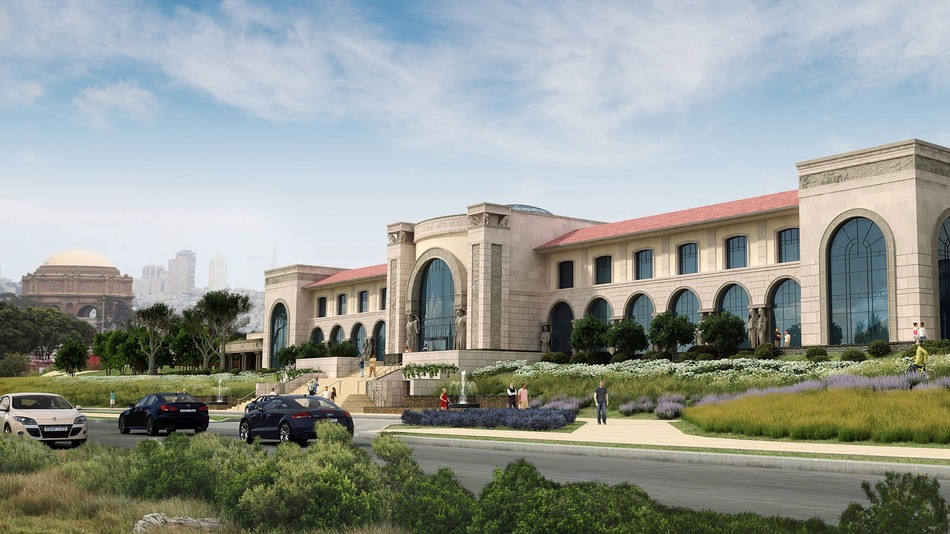 George Lucas wants to open a museum in San Francisco's Presidio that will be dedicated to the amazing art forms used to tell a story. The museum will feature a huge collection ranging from looks at the latest in digital technology to original Norman Rockwell paintings from George Lucas' personal collection. 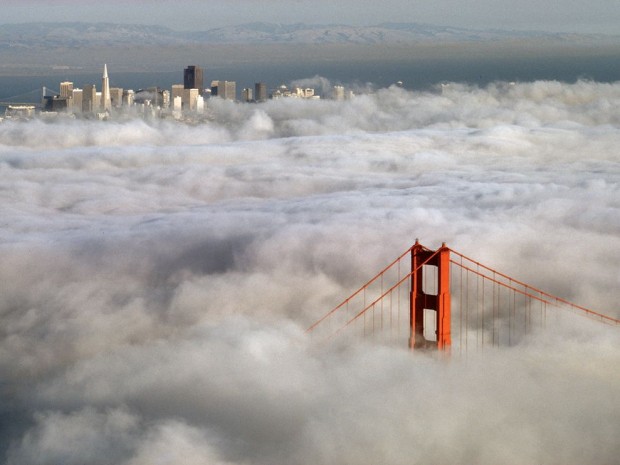 In the heart of the beautiful city of San Francisco, lies the Presidio. The Presidio was originally home to a historic Army base and has since 2002 been undergoing a transformation into a public place important to the Bay Area, treasured by all Americans, and known by the world as an international destination. 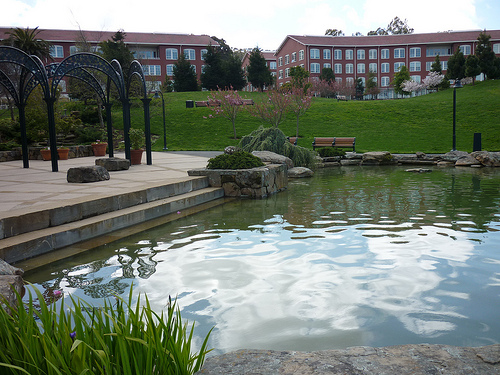 The first big addition to the Presidio was the Letterman Digital Arts Center in 2005. The building was funded by George Lucas himself and now houses parts of LucasFilm. The area now called One Letterman Drive was designed to promote the Army style building  and still provide an updated earth friendly complex. 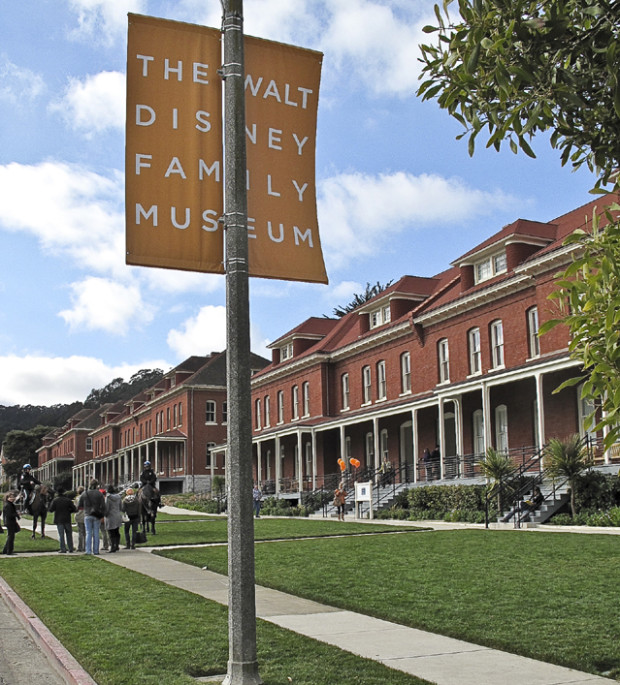 The Walt Disney Family Museum was added to the Presidio in late 2009, created by his daughter, Diane Disney, to honor Walt Disney and everything that he stands for. The museum is held largely in old Army barracks and offices and is a popular destination for Disney fans (like you) from around the world.

>Ten Things that You Didn't Know About the Walt Disney Family Museum–We Didn't!

The park opened the Presidio Inn in 2012 and now provides 22 guest rooms for people to stay in.  The Inn is doing very well and since it's opening has been named one of the Top 100 Hotels in the World By Fodors and was recently mentioned a top hotel to stay in by “National Geographic.”

These are just some of the amazing additions to the Presidio so far. George Lucas wants his SF museum to be the next fantastic addition. 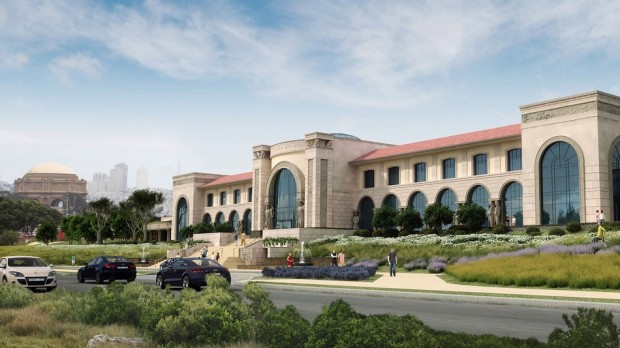 The official name for the George Lucas Museum SF is the “Lucas Cultural Arts Museum.” 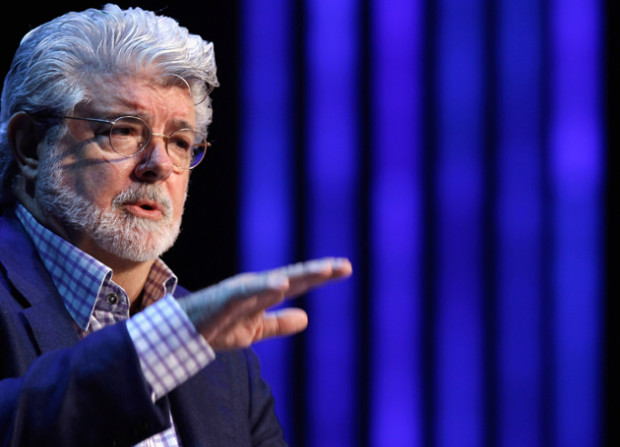 George Lucas is the great storyteller behind the Star Wars and Indiana Jones series. He grew up just outside the Bay Area in Modesto and visited San Francisco often. His first museum experience, which fueled his passion for fine art, was in San Francisco. He now wants to inspire the next generation with the beautiful art that he has amassed and the digital art form that he pioneered. 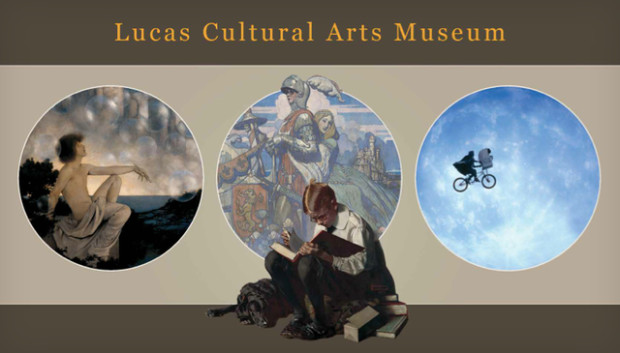 The George Lucas describes the concept for the new museum as:

“The Lucas Cultural Arts Museum will be a center highlighting populist art from some of the great illustrators of the last 150 years through today’s digital art used to create animated and live-action movies, visual effects, props and sketches. They’re all united by their ability to capture our shared cultural story-from Rockwell’s pencil sketches to computer generated moving images. More than just exhibiting illustration and technological innovation, this cross-section of art can help to describe and define our culture-its past, present, and future. It provides a unique way to see what’s emotionally important to us as a society and how we communicate those feelings without words. The best way to truly understand art is to experience it.”

The museum will sit in a spot that is now occupied by a sports store and previously was the Presidio Army Barracks Commissary. 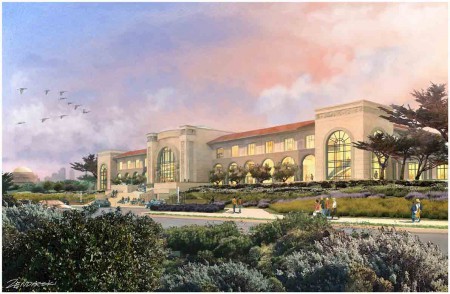 The new museum will be designed to fit with the theme of the area and the nearby Palace of Fine Arts installed during the 1915 Panama-Pacific Exposition. The art deco style will contain numerous galleries. Similar to other museums in the San Francisco area, the parking for the center will be underground.

The only problem with the entire museum proposal is that it is just a proposal. The Presidio Trust, the group who was endowed by Congress to redesign the Presidio, has three choices for usage of the space. The other two options include a project to suggest discussions about sustainability and a park based cultural center providing unique experiences.

The Presidio Trust is making their decision later in the month of November after a last public meeting on October 24, 2013.

If you live in the San Francisco area, go to the meeting and voice your opinion, leave a comment on the website where it will be officially recorded, or you could just pickup the phone and tell them that you want the Lucas Museum (415) 561-5300.

Some of the biggest supporters of the new Lucas museum are Disney and the talent that works there.

John Lasseter, the Chief Creative Officer for Disney Animation Studios and Pixar, personal friend to George Lucas, and board member for the new “Lucas Cultural Arts Museum,” recently presented to the public and board of the Presidio Trust.

(Quick aside about the video: This may be the first time that I have ever heard John Lasseter utter the words “DreamWorks animation”. I was quite surprised to hear him mention them.)

“I firmly believe in the power of digital art and its ability to connect generations via storytelling.  This museum would be a cultural experience like none other and I can’t imagine a better place for it to be presented.  Where creativity, inspiration and innovation has, and will continue to meet…The Presidio.”

Brad Bird, the director of “The Incredibles”, ‘Ratatouille”, and the upcoming  “Tomorrowland”, also supports this new museum with a letter saying:

“A museum that cultivates and reinvigorates the connection between storytelling and the visual arts in the public’s mind is an invaluable resource.  Locating that museum on such a beautiful site, right here in San Francisco is just the sort of breathtaking dream that created the Bay Area, and will enhance San Francisco’s reputation as one of the finest cities in the world.”

“Locating the proposed museum in close proximity to ours will enable us to develop and engaging experience for visitors to The Presidio and the Bay Area.  Augmenting our community with such a museum will strengthen San Francisco’s commitment to the film arts and boldly underscore the spirit of creativity innovation, and imagination that courses through both our own museum and the city.”

The proposal also specifically lists Pixar, the Walt Disney Company, and LucasFilm as partners on the projects. This has to mean that Bob Iger, CEO of the Walt Disney Corporation, has given his silent approval of the project. Bob Iger knows that one of the most powerful things in the world is a good story, why else would he have purchased the companies that employ the top storytellers in the world?

The resources that Disney and other computer animation companies can provide for the museum is absolutely amazing. 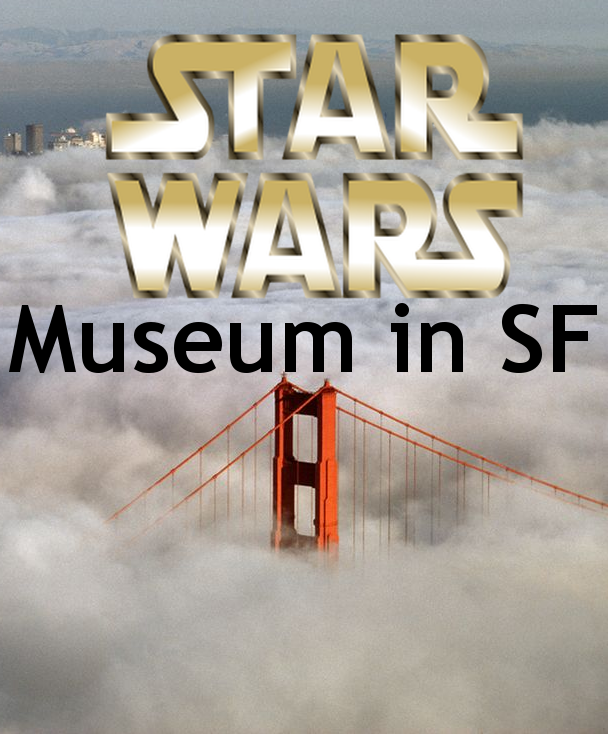 (The graphic above might not be quite true, but I couldn't resist putting it together.)

If the museum is approved, it will join the Walt Disney Family Museum in making the Presidio a premiere destination for people fascinated with art and entertainment in the US and the world.

Here is one last video with George Lucas explaining the new museum completely:

Cross your fingers with me and hope that George Lucas' museum gets approved and that we get to experience this amazing museum marvel.

We will be keeping you updated on the museum on this page, on Facebook, Twitter, and in our newsletter.

Good luck to George Lucas and this amazing project.

Previous Post: Interview With Jeffrey Epstein, the Disney Geek and Head of Marketing For D23