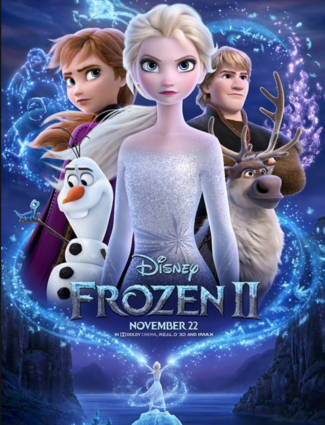 Frozen 2 provides a meaningful new story without feeling forced or contrived. Though the sequel was inevitable after the success of the first movie, the filmmakers did not rest on the laurels of the first film and created an elevated story.

They succeeded in crafting a tale that feels additive to the world of Frozen and provides a thrilling night at the theater with endearing character moments, meaningful lessons, and ear worm songs.

The new Frozen film works to answer the question – where did Elsa get her magical icy powers? To plant the seeds to answer this question, the filmmakers use a flashback of Anna and Elsa's father telling them a bedtime story about his time visiting a northern magical forest (see trailer intro below).

Jumping back to the current times in Arendelle, all our favorite characters from the original film are living in peace. Elsa is a worthy queen, Anna and Kristoff are a happy “dating” couple, and Olaf has taken to spouting off great wisdom (though not always correct). Everything changes when Elsa hears a melodic call referenced by her father in the flashback that leads her to inadvertently awaken the spirits of the northern forest placing Arendelle in danger.  The quest that follows transforms the way the characters understand each other and themselves.

The movie is an engaging story that is fun for the entire family. Your favorite characters are back in full force, along with a cast of new characters from the magical forest that are sure to be a hit on the screen and as toys (see Salamander below). 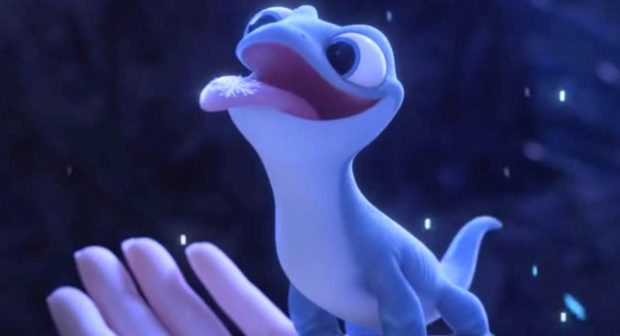 Meaningful Lessons for the Entire Family

Much in the same way the original film challenged the need for a man to save the day, the sequel challenges the notion of what a princess is capable of and the concept of fearing difference. The movie pushes the limits for what you would expect from a princess movie and questions the status quo. Throughout the film, the characters are forced to question what they have always held to be true and to establish their own deeper views about the world around them.

Throughout the movie, Olaf is attempting to both share his sensibilities and also grasp what it means to be growing up. The character voices concerns that anyone going through a transition in their life will connect with.

As you saw in the teaser trailer (above), the movie is more magical quest meets superhero than it is fluffy fairy tale. The tone of the story and the concepts it covers are slightly more adult–the film successfully caters to the fans of the original movie while also bringing in new younger fans. The movie still serves up the fun of the first film even while positioning the leading ladies as high flying heroines rather than damsels in distress. Most importantly, the music in the sequel is just as good as the first.

Kristen and Robert Lopez have done it again with an incredible soundtrack for the film that rivals the first movie. One thing that I really appreciate about the music in the movie is that each song helps to propel the Frozen 2 story forward with a purpose. The movie has a number of songs that will be breakout hits and have been stuck in my head since seeing the movie.

The top song from the movie will likely be “Into the Unknown” which you can listen to performed here by Panic at the Disco. Only time will tell if the song can grab the public consciousness in the same way that “Let It Go” did after the opening of the first movie. Some of the other songs I really enjoyed were “Some Things Never Change” (we heard a live performance of this song at D23 Expo 2019 and really enjoyed it there), “When I am Older” (Olaf's ballad about understanding more when he is older), and finally “Lost in the Woods” (Kristof's rock ballad about Anna).

In general, I am very excited about Frozen 2 and wholeheartedly recommend the film. This is the perfect movie to watch as a family this holiday season. I know that I'll see the movie one more time in theaters.

Plan your trip to Disneyland or Walt Disney World this holiday season! The holidays are the best time to visit the theme parks will all of the decorations and special celebrations. Read all of our Disney Christmas articles to plan your trip below:

Next Post: Should You Take Your Kids Out of School for a Disney Vacation?