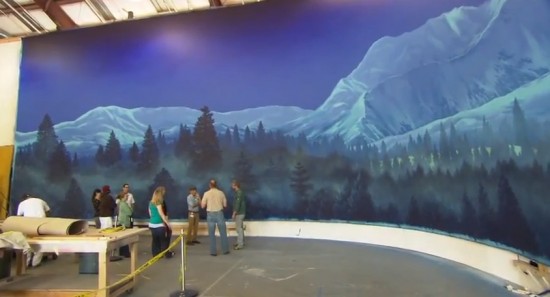 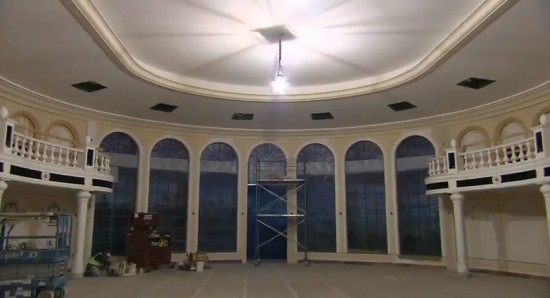 In the video shown below Imagineer Ted Robledo shows of a massive mural that will be placed behind the windows to create a background, using an effect from the Tiki Room.