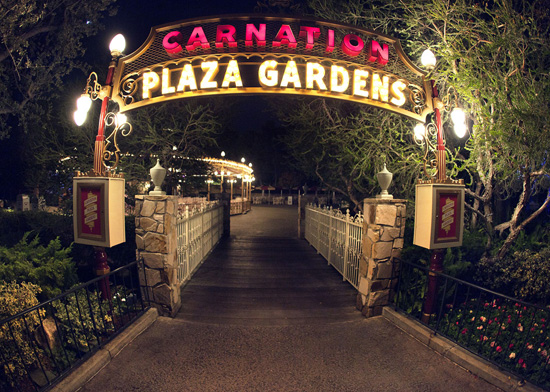 A treasured piece of Disneyana will disappear from Disneyland on April 30th at the end of this month. Disney will be closing Carnation Garden's the location that is filled with music of all sorts, and is considered the bandstand of Disneyland.

The colorful outdoor area right next to Sleeping Beauty Castle has had swing dancing parties call it home since the time that Walt ran the park, in fact the area was one of Walt's favorite in the park.

But that will all change soon because Disney has annonced the new Fantasy Faire “an enchanting village square that will immerse guests in the stories of their favorite princesses.” The new area is an update to the existing princess area located to the left of “it's a Small World.”

When the Fanstasy Faire built next to “it's a Small World” opened it contained not only a great place to for park guests to meet princesses but also a large theater that hosted a live show. The show was similar to “Beauty and Beast-Live on Stage” telling the tale of Snow White, but was much better.

Once the Snow White show was closed, the Fantasy Faire became a place that was only fun for the girls, and took hours to meet the princesses. With the new are Disney will try to avoid the issue of waiting in line for upwards of an hour.

Disney has released some concept art showing off the new area, and it's amenities. 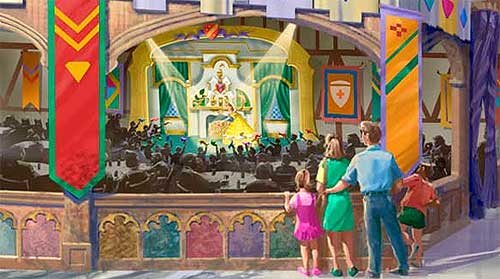 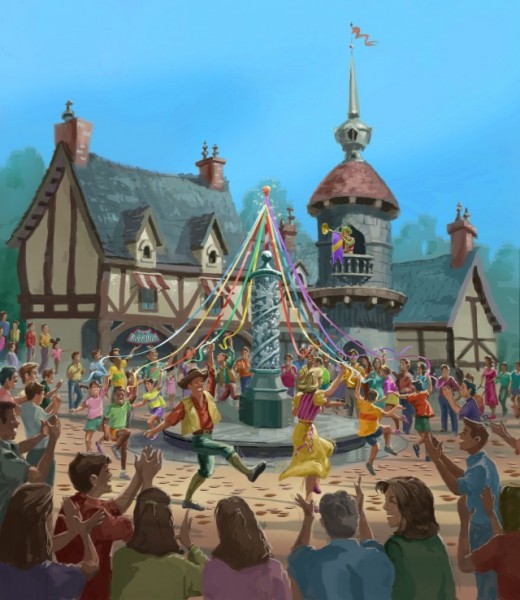 While Disney is taking away the classic look and feel of Carnation Garden's there is one tradition that Walt Disney Imagineering knew they couldn't break, and that is night time dancing. But during the day it still must tie in somehow so it is “where the tales of Disney’s fairy tale heroes and heroines will be brought to life each day.” 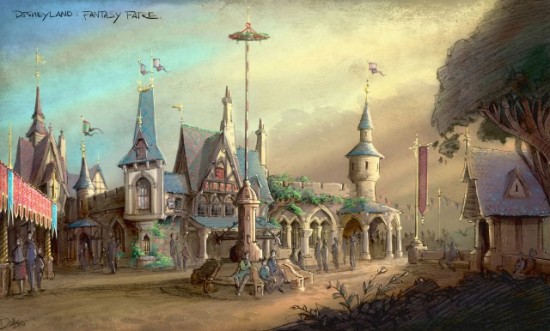 In Tangled Tower and Royal Princess Hall guests will have plenty of  “ample” time to greet the Disney princesses.

Many Disney fans have been sending around the picture below, and others like it showing Walt Disney, and early park guests enjoying Carnation Gardens. 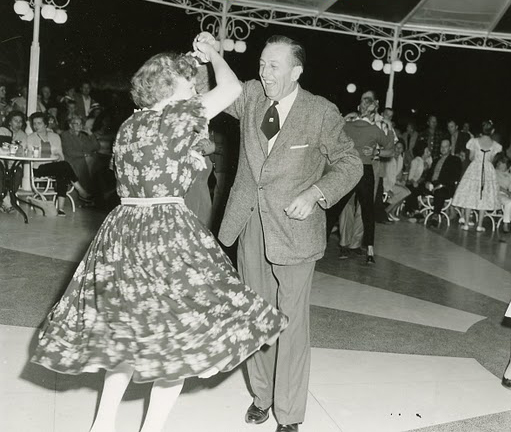 The Jump, Jive, Boogie Swing Party will continue to go on in Carnation Gardens until the closing of the area on April 30th.

While the party is ending at Carnation Gardens, Jump, Jive, Boogie Swing Party will continue to go on over at the Westside Stage in Downtown Disney.

Make sure to head to Carnation Gardens one last time to get your picture taken infront of the iconic sign, or just to dance the night away one last time.

What do you think of the new experience? Will you miss Carnation Gardens? Did you ever attend the night time shows? What will happen to Disney Performing Arts, the school bands that performed there? Did Disneyland lose one of it's most iconic lands?

Next Post: “Dog With a Blog” Announced for Disney Channel