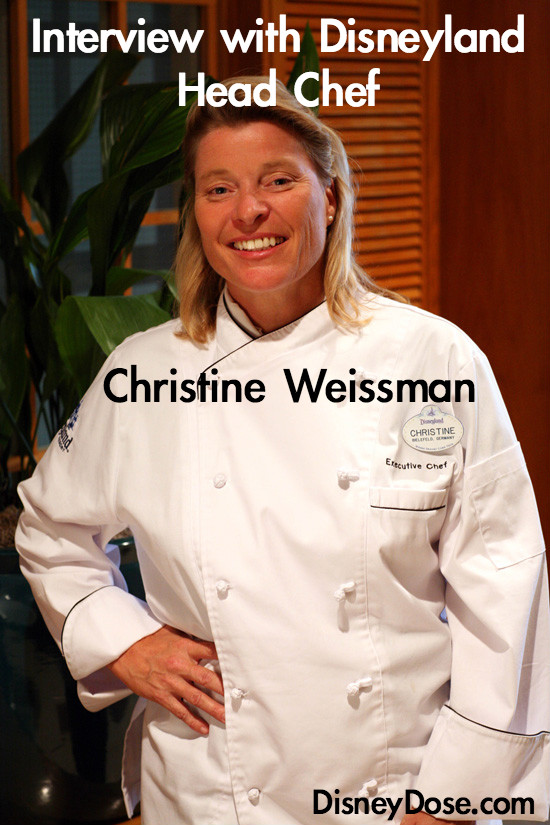 Disneyland is a theme park, and most theme parks have the same type of food: corn dogs, popcorn, and ice cream etc. New Disneyland Executive Head Chef Christine Weissman says that her goal is to serve the best ‘theme park food' there is as well as present new dishes that push the limits of what you have seen before.

Christine Weissman grew up in Bielefeld, Germany-her family ran a restaurant there. She began work as a dishwasher and eventualy learned how to cook from her father and grandmother.

Today join us as we discuss topics ranging from how new items are added in Disneyland, the challenges that running kitchens on a cruise ship, some secrets about the new Club 33 menu, and much more.

Previous Post: 3 Ways to Get “it’s a Small World” Out of Your Head

Next Post: 3 Things to Do Before Seeing Saving Mr. Banks