There is a very likely rumor circulating that the “Disneyland Forever” fireworks show will go on hiatus when the Disneyland Diamond Celebration ends on September 5, 2016. The show would be replaced by Halloween and Christmas specific firework shows. Beyond the 2016 Christmas season, not much is known. 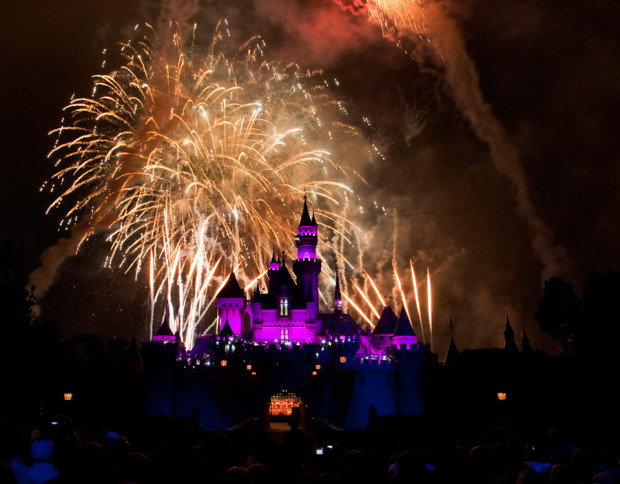 It is less clear what, if any, fireworks show will be put on at the beginning of 2017. The smaller “Fantasy in the Sky” show may be featured. There are other rumors circulating that all fireworks shows may be put on hold as a new launch pattern is devised that would move any threats out of the way of Star Wars Land. If no new launch plan is decided on, the current launch plan would force Star Wars Land to close early with Toontown every night. The current launch area and control booth is backstage behind Toontown and on certain windier nights can have a high impact on nearby guest areas. Having Star Wars Land close early seems very unlikely. The current fireworks plan and safety procedures will change as they prepare to unveil the new Star Wars Land to the public.

Until recently, it was believed that the “Disneyland Forever” fireworks show would run continuously for years in the same way that the 50th anniversary fireworks show, “Remember Dreams Come True,” ran for over ten years. Apparently, the decision to end “Disneyland Forever” and switch back to the “Fantasy in the Sky” show was actually budgetary, according to the initial report by WDWNT.

Disneyland Public Relations declined to comment, but suggested that more information will be presented in the coming weeks.

Just like a firework being blown by the Santa Monica winds high above Disneyland, these plans will continue to float around and change. Remember, these are all just rumors until they are set in stone and put on the Disneyland website.

There is lots changing at Disneyland as they prepare for the vertical construction of Star Wars Land and the relaunching of “Fantasmic!” in coming months. Join our Disney Dose newsletter to stay updated on all the rumors, news, secrets, and stories coming out of Disneyland.