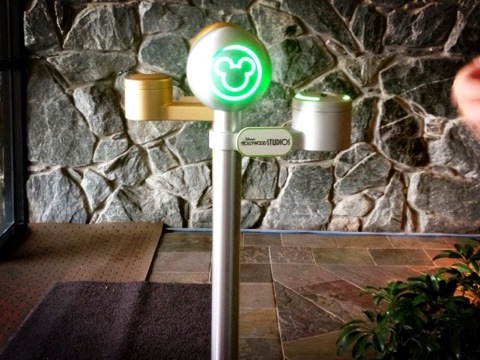 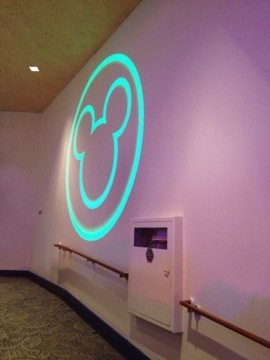 The signal has been given. Disney Passholders may now exchange their annual passes for plastic cards with the RFID chip. The card resembles a hotel key and is embedded with an RFID chip that will allow for easy access to the parks. For the most part, having the RFID chip in the pass means two things for pass holders: speed and efficiency.

Besides for the fact that plastic cards don't bend and get mangled in wallets as much as the old paper annual passes, the new Disney World RFID passes help guests enter the park much quicker than before. The new turnstile with the Mickey symbol can accommodate four guests at a time. Really, guests don't even have to take the pass out of a wallet. They can simply hold the wallet up to the turnstile and it will flash green once he or she gives a fingerprint.

Annual Passholders may pick up the new RFID embedded passes in the Odyssey building in Epcot during the Flower and Garden Festival. While in the building, Disney fanatics can check out the mini museum of Disney memorabilia from a model of a boat from the Jungle Cruise to the passes/tickets to the different lands from many years ago. 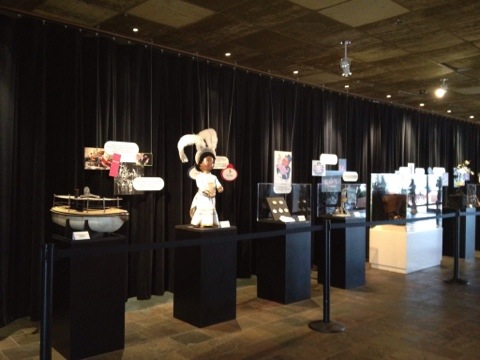 At the end of the display is the new bracelets that are coming soon. These Magic Bands will replace the RFID embedded passes in the future. The cast members that we talked to did not know when for sure it would happen or if we could still keep our passes in addition to the Magic Bands. Only time will tell. 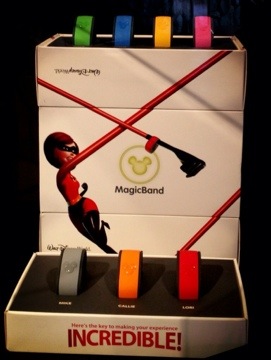 Once Passholders pick up the new passes, they may enter the parks using the Key to the World entrance. This entrance has been used only by guests staying at Disney resorts. They are able to use their room key to enter the park since it is also their park pass. So far, these are the only cards that have had the RFID chips in them. Now, Passholders can use these shorter and faster lines to enter the parks with their new tech-savvy passes. 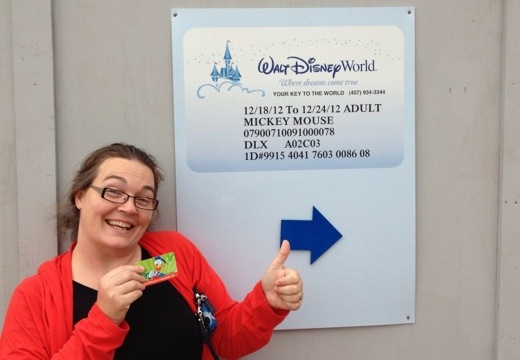 The end of 2012 was also the end of the 20% discount for the premium annual passes. Now that the new passes are here, it makes sense. No longer are guests referred to as Annual or Premium Passholders. It is just Passholder. There are a few differences though. The red stripe on the front of a card means free parking and entrance to all of the parks. What use to be known as just as annual pass has a different color stripe and does not include parking and the extra places: Disney Quest, Typhoon Lagoon, and Blizzard Beach.

Interactive queues, Photo Pass Plus and the new RFID passes may have some connections in the future. This past week, annual Passholders have been trying out their new cards at the Interactive queues, like the one at Test Track. I am excited about using the new cards to quickly access fast passes, since they won't be damaged as much in a wallet. It never fails. Each year at least one of our paper annual passes stops working in the fast pass machine and we have to pick up a new fast pass card from the cast member as well as replace the card. Not any more! Watch for #DisneyDose on Twitter to see how the new passes impact a day in the parks. 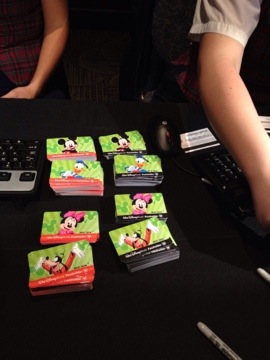 Next Post: New Hats Coming to the Disney Parks for Limited Time Magic