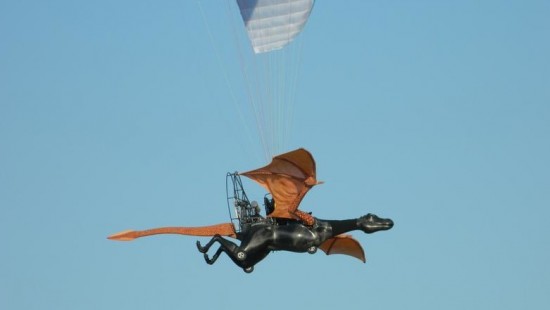 A dragon was discovered above the Shafter's Minter Field in Bakersfied California. Bakersfield is two hours from Glendale. Do you know what is in Glendale? Walt Disney Imagineering.

Disney wanted to keep this new dragon a secret so they drove two hours and even swore the airport officials to secrecy. But, Bakersfield Californian reports that restaurant manager Tammy Zaninovich posted pictures on Facebook after seeing the dragon. One of those pictures is the one you see above.

Could this dragon be a beast set for the new Avatar land to built in Disney Animal Kingdom in Florida? We reported on a patent filed for this very dragon. 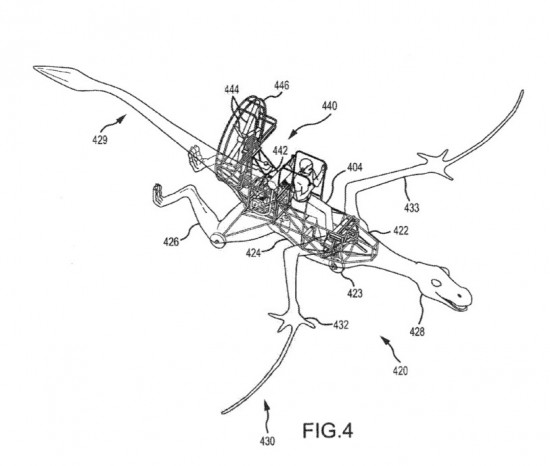 It has been almost nine months since Disney announced the Avatar project and no other word has come. Except for some small references, Disney and James Cameron haven't been talking about this upcoming land.

In the official word from Disney, they avoided the question.

“I can't really tell you much. So sorry,” Disney spokeswoman Angela Bliss said Thursday, confirming only that what people around the airport saw (she never used the word “dragon”) was a project of Glendale-based Walt Disney Imagineering.

“We're really always looking for new ways to expand the magic at Disney Parks,” Bliss said. “But we really don't have any specific comments about what you're asking me about.”

Disney will continue to test the project in the months to come, make sure to watch Disney Dose for more information on the subject.

Next Post: Disneyland, Where Did Walt Disney Get the Money For Disneyland?