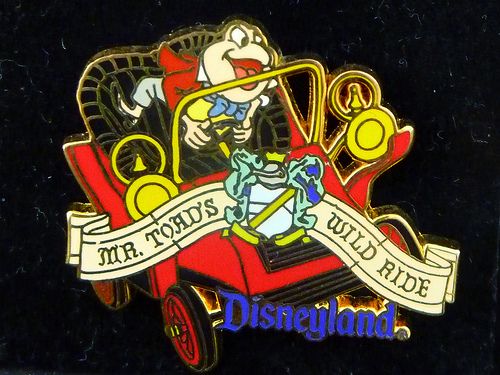 Disney has announced that they will be making a new movie based off of the ‘Mr. Toad's Wild Ride.' This new film will be a mixture of CG and live action, as the complete story of Mr. Toad is told.

This new film is being directed by Pete Candeland, the director behind videos, and iconic advertisements. The new feature is  being produced by ‘Tron: Legacy' producer Justin Springer. Disney is still looking for a writer to bring this story to life.

‘Mr. Toad's Wild Ride' was an attraction on both coasts at the Magic Kingdom and Disneyland.  But when Disney decided they needed a more relevant character in the Magic  Kingdom, ‘The Many Adventures of Winnie the Pooh.' ‘Mr. Toad's Wild' is still open in Disneyland and if this movie is made then it will probably stay that way.

Do you think that Disney would ever bring back ‘Mr. Toad's Wild Ride' to the Magic Kingdom? What do you think of this movie idea?