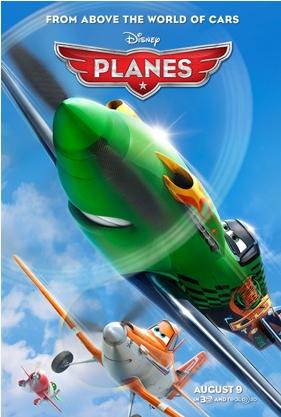 Opening Night. Usually this is not the best time to see a movie. Especially a family movie like Disney Planes as you might expect the theatre to be packed and noisy children to be in abundance. And you are more likely to have this experience with a Disney or Pixar film due to the popularity of these studios.

But with Disney’s hit and miss track record of late, and Pixar’s tendency to favor sequels over original material, the problem of long line ups is diminishing. This was certainly my experience with Planes. We had approximately 20 people in our theatre for the 7:30 pm show, again, on opening night. It’s hard to say if people just weren’t intrigued with a world above Cars, or perhaps have had enough of the over-exploitation of the original Cars franchise itself. I was willing to reserve judgment and give it a fair chance and I’m basically glad I did.

Here is the official synopsis for the film:

From high above the world of “Cars,” flies “Planes,” Disney's upcoming animated action-packed comedic adventure starring Dusty, a big-hearted, fast-flying crop duster who dreams of competing in the most exhilarating around-the-world air race in history. There's only a couple of not-so-small problems – Dusty is not exactly built for racing and he also happens to be afraid of heights.

Despite his fear and with encouragement from his mentor, a naval aviator named Skipper, Dusty narrowly qualifies for the big competition. Dusty's sportsmanship and speed begin to rattle the defending champ of the race circuit, Ripslinger, who will stop at nothing to see Dusty fail.

When disaster strikes during the climax of the final race, Dusty's courage is put to the ultimate test. With the support of friends old and new, Dusty reaches heights he never dreamed possible and in the process, gives a spellbound world the inspiration to soar.

Without giving too many details away, Planes was an entertaining diversion with many funny plane-related gags. The animation was theatre-grade, albeit without the extensive depth of the original Cars movie. This is no doubt due to the fact that the film is produced by DisneyToon Studios, and not Disney or Pixar directly. Having said that, although I chuckled several times, I didn’t get the sense that the rest of the audience was invested in the movie.

Now I have to get a bit more negative. If Cars was a Father, and Disney Planes the son, then you could say the apple didn’t fall far from the tree. My wives observation was that the movie felt very familiar and that’s because it is basically a remake of the original Cars movie. 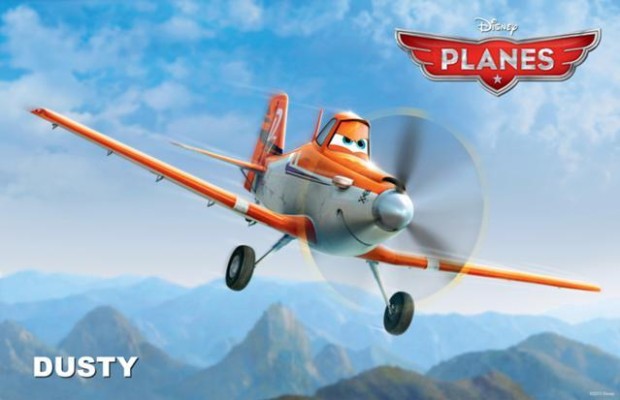 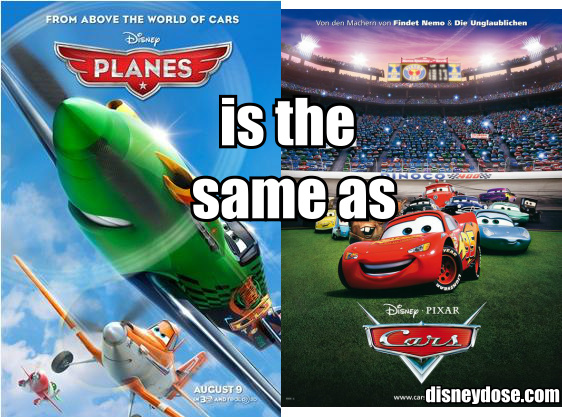 The relationship between the mentor Doc Hudson and rookie Lightning McQueen is repeated between Dusty and Skipper whose voice and manner is almost identical to Paul Newman’s Hudson. Mac the truck is recycled as Chug. Sally morphs into Ishani to become Dusty’s love interest. Chick Hicks returns with wings to become Ripslinger, the movies main antagonist. Even John Ratzenberger returns (in a pseudo-Pixar role) as Pitty, the airplane tractor Dusty meets briefly at an airport. 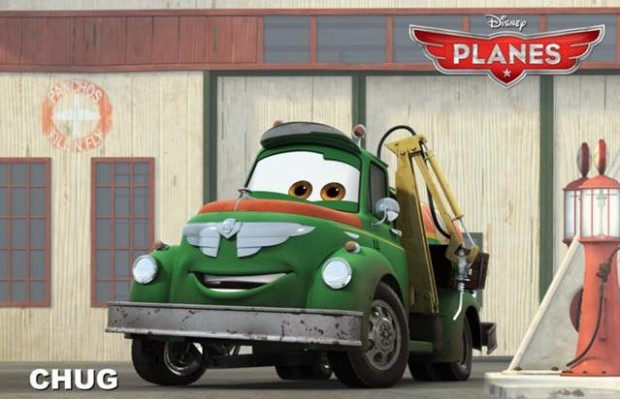 That all being said, the carbon copy approach isn’t necessarily a bad thing. The formula of the original Cars movie works well, and children will likely warm to the characters, even though they won’t realize why. Perhaps that was part of Disney’s plan? As an adult though, I was looking for something to distinguish this movie from Cars, but didn’t find it. For a movie whose tag line is ‘from above the world of Cars’ it ends up being firmly grounded in that film.

On the bright side, the preview for Frozen was hilarious, which I hope is a good sign for that film. I hope Disney puts it on the DVD release! I will be adding Planes to my movie collection and hope that Disney puts some awesome extras on it. If forced to give Planes a star rating, I’d have to give it 3 out of 5 stars. Although I can’t really give any reasons why it was a bad film, I can’t give any reasons why it was a good film. At least, not a stand-alone or original film. But if you’re thinking of buying it strictly for your children, then I could easily up the rating to 4 stars!

In conclusion, I image some are thinking I’m being a bit harsh with my judgment. I will admit my review was written while wearing the rosy-colored glasses of Pixar admiration that we all wear. No film, even recent Pixar films, can stand up under such an unreasonable focus! But the reality is that we all wear those glasses and so Disney and Pixar have to deal with it. I don’t envy them that.

The Good Dinosaur Will Be Pixar's Next Great Film

What do you think? Are we being too hard on Disney and Pixar? Is it possible to take off the glasses and just enjoy each new film for what it is, instead of what we think it should be? I don’t know if I can.

Watch for my review of Planes the game on the Wii system, coming soon!