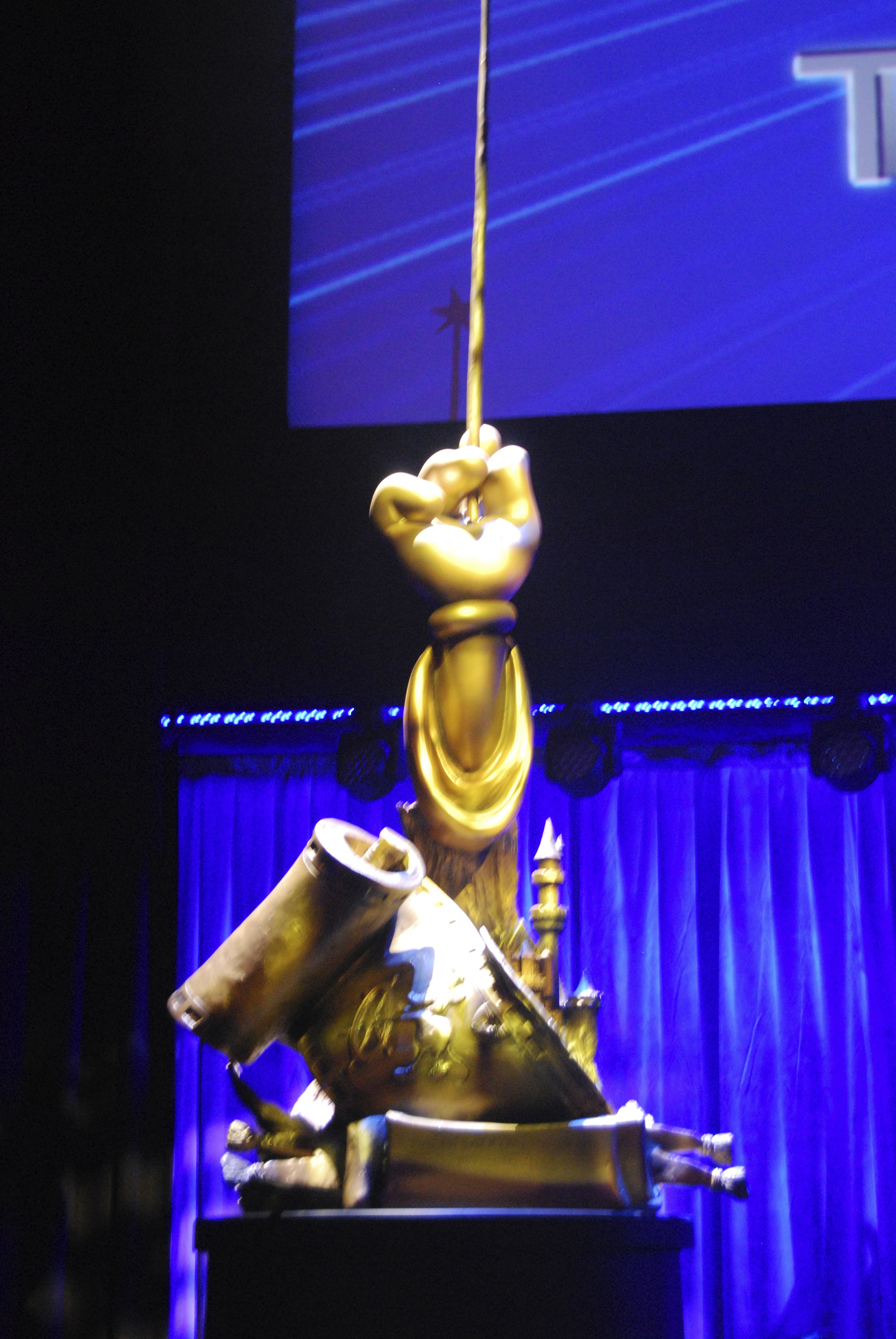 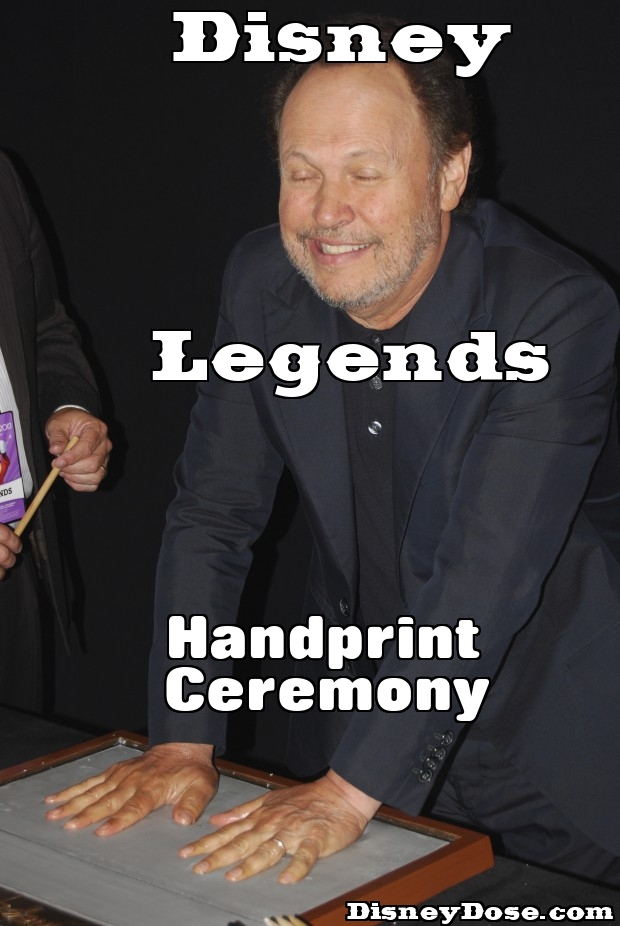 [guestpost]This post as well as all others covering the D23 Expo this week is sponsored by Hampton Inn & Suites, Anaheim/Garden Grove. They are a full service hotel just blocks away from Disneyland and feature a complimentary breakfast and workout facility. [/guestpost]

This year at the D23 Expo, I happened to be in the right place at the right time–most of the time. The story and photos that I am sharing with you today are from the minutes immediately after the 2013 Disney Legends Ceremony. 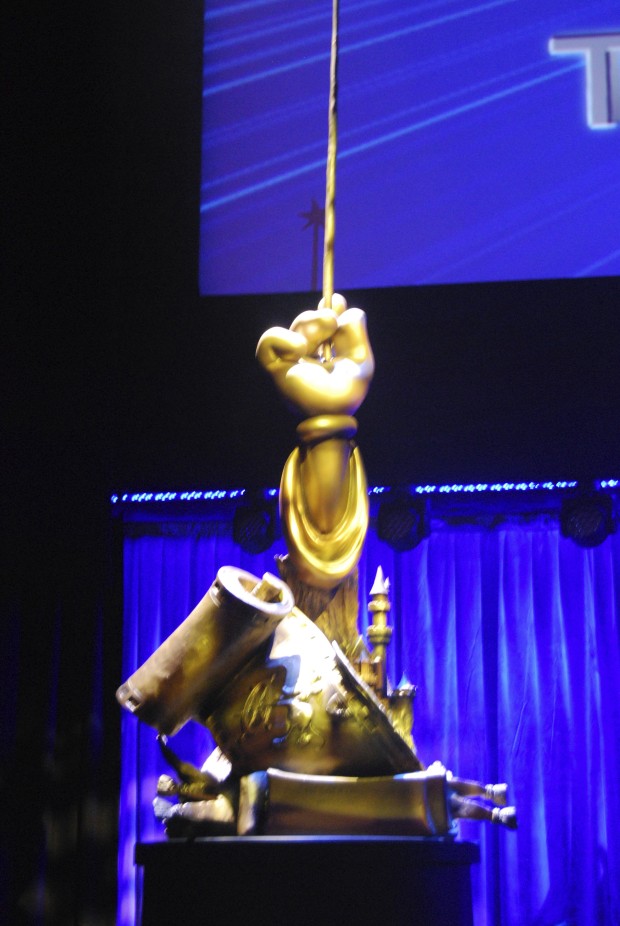 The ceremony had just ended and everyone was heading out of the arena where the event was held. Luckily, I hung back to get some pictures of the large scale model of the Disney Legends statue that was sitting on stage (as seen above).

On the left side of the stage, a large mass of people were gathering. The Disney Legends were about to make their hand prints for the Disney Legends area at the Burbank Studio. Seeing this, I rushed over to get as close to the hand prints as possible. A kind security guard looked down at my press pass and back up at me and said, “Well, you ought to be way up here.” He ushered me past the members of the general public and past reporters from much more established fan sites to a great spot.

I had the front row seat as Billy Crystal, John Goodman, Tony Baxter, and Glen Keane each came and created their hand prints.

At one point I even yelled out, “Mr. Crystal!”

This was the face that he gave me. 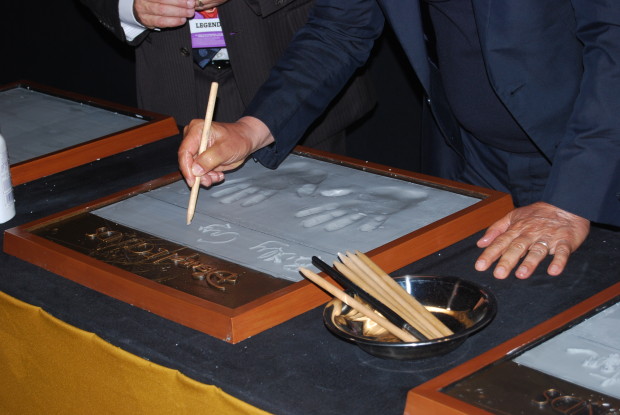 His costar from Monsters Inc and Monsters University John Goodman came out to sign. 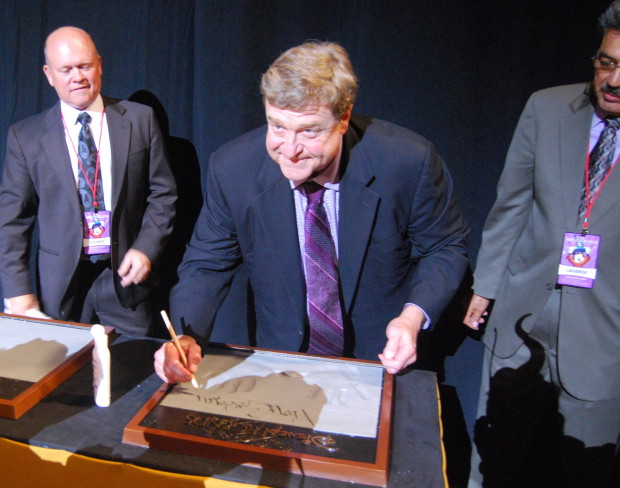 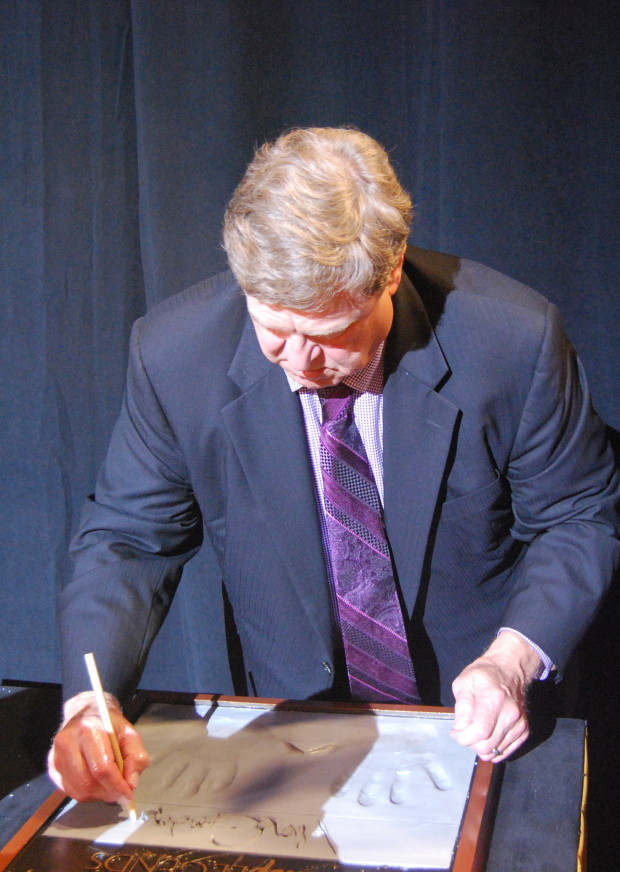 Guess who owns the hands that are pictured below? 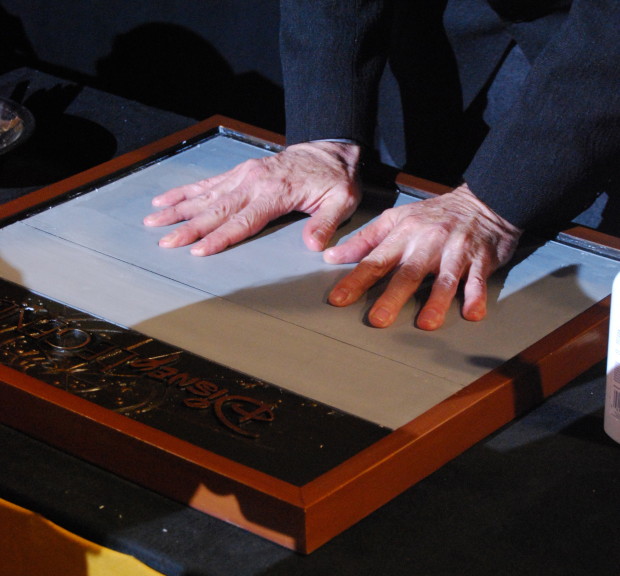 Those are the hands of Tony Baxter, the man who brought us Big Thunder Mountain, Splash Mountain, Star Tours, and Indiana Jones. 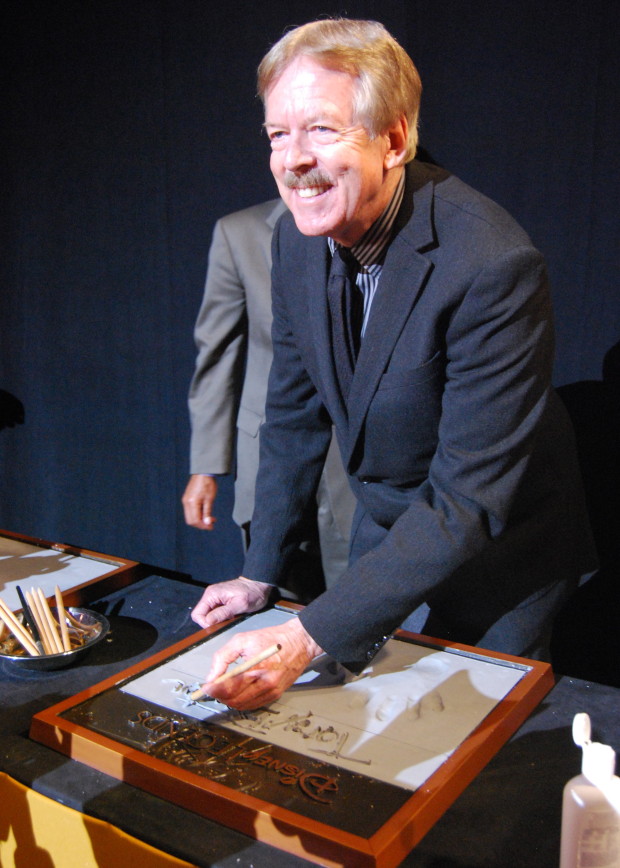 The final Disney Legend to make a hand print that day was Glen Keane, the principal animator and executive producer on Disney's recent movie Tangled.  He has worked for Walt Disney Animation for 40 years. 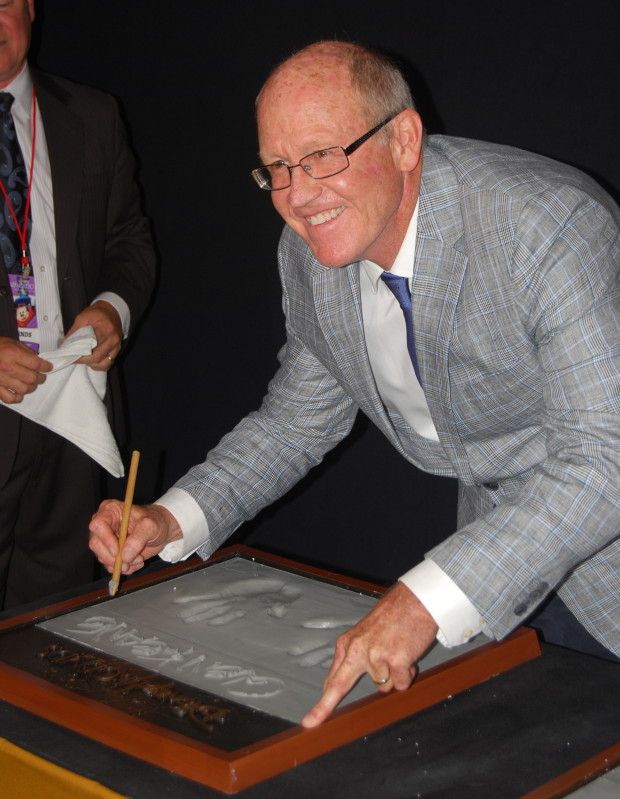 The hand print ceremony was a very special moment for each of the recipients of the award and for those watching. The Disney Legend award represents a lifetime of achievements at Disney and in the entertainment field.

We are almost out of time, but I have one last story to share. After the Alan Menken concert that same Saturday, I was walking into Indiana Jones in the single rider line. And who happened to be touring the park right next to me? Billy Crystal! I shook his hand and said hello. Meeting Mr. Crystal was a wonderful way to cap off a wonderful day at the D23 Expo and the happiest place on earth.