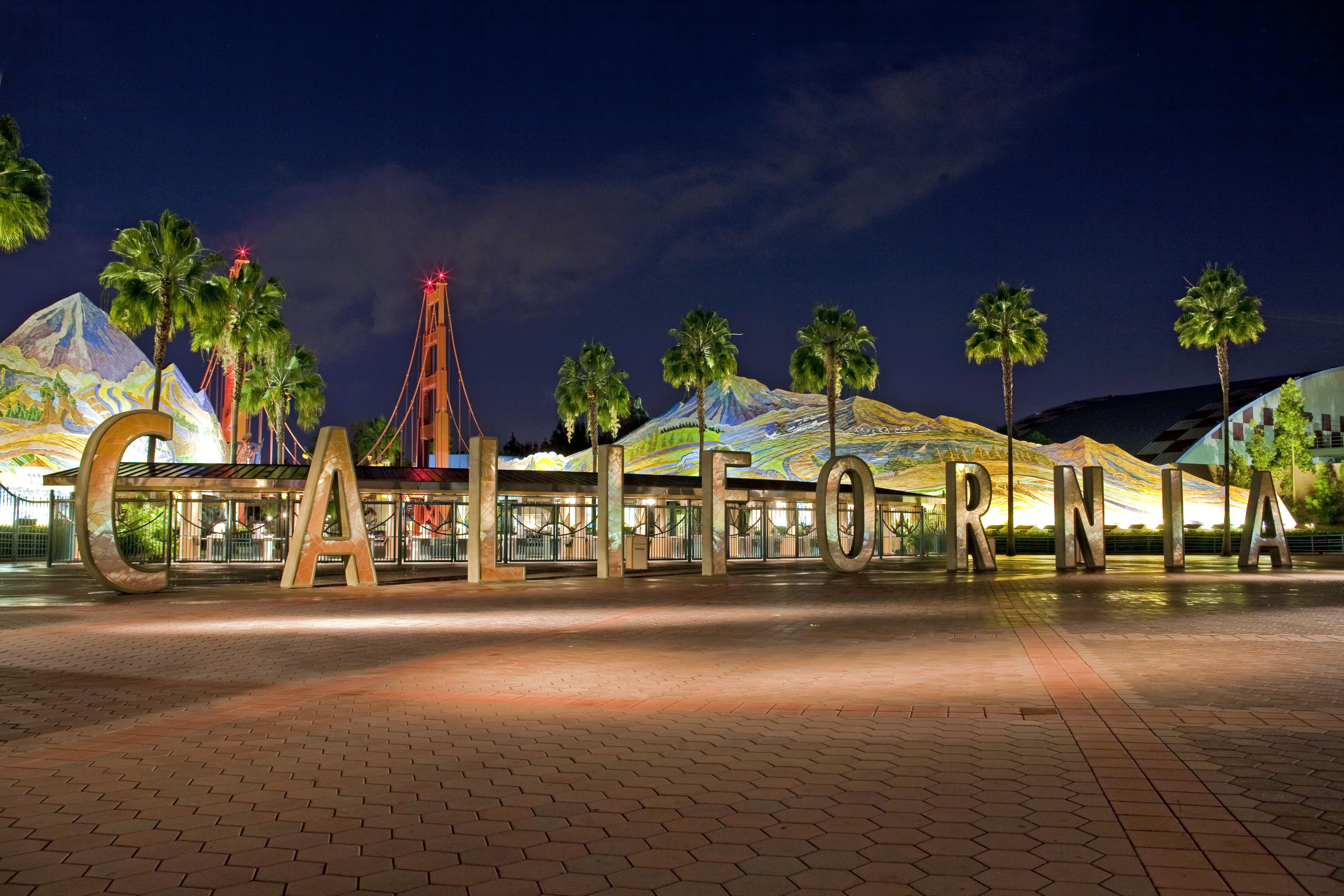 Disney has announced that the CALIFORNIA letters that had been in front of Disney's California Adventure since it's inception would be given to the Friends of the California State Fair, a nonprofit organization that benefits California Exposition & State Fair.

This gift highlights what California Adventure was for its first 10 years of existence, a State Fair. While the letters didn't fit within the Disneyland Resort, they will look wonderful at the Cal Expo. I personally loved California Adventure, but the entrance and the CALIFORNIA sign really needed to go. 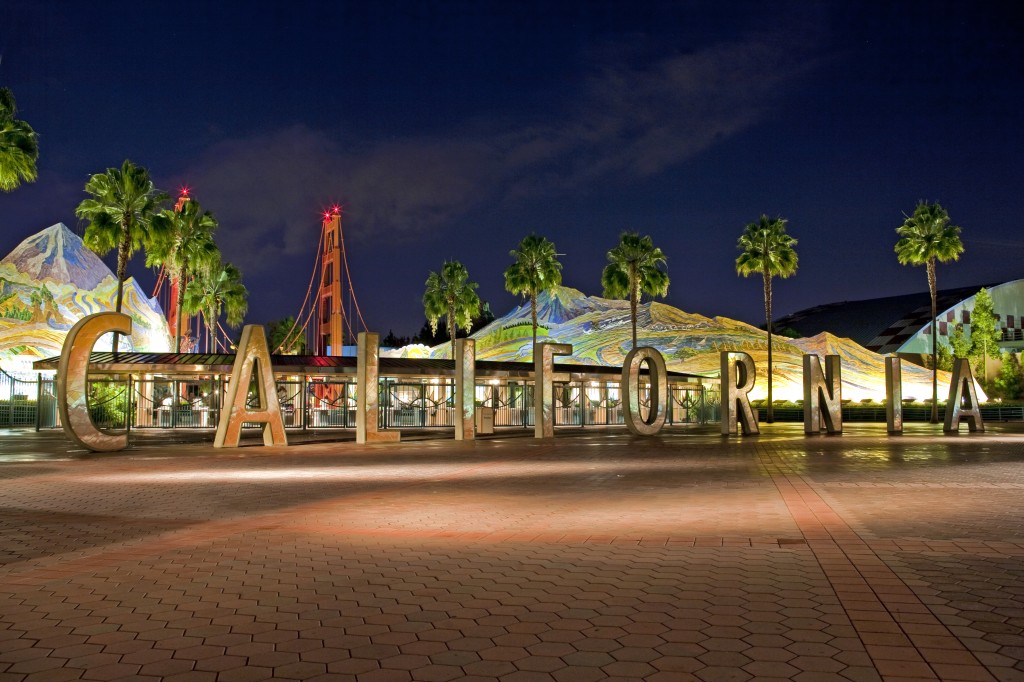 You can expect to see the letters in place for the opening of the State Fair in July in Sacremento. Here is a concept sketch for what that will look like. I personally think that the sign looks good on the side of the hill, and will provide a distinct look for the Cal Expo. 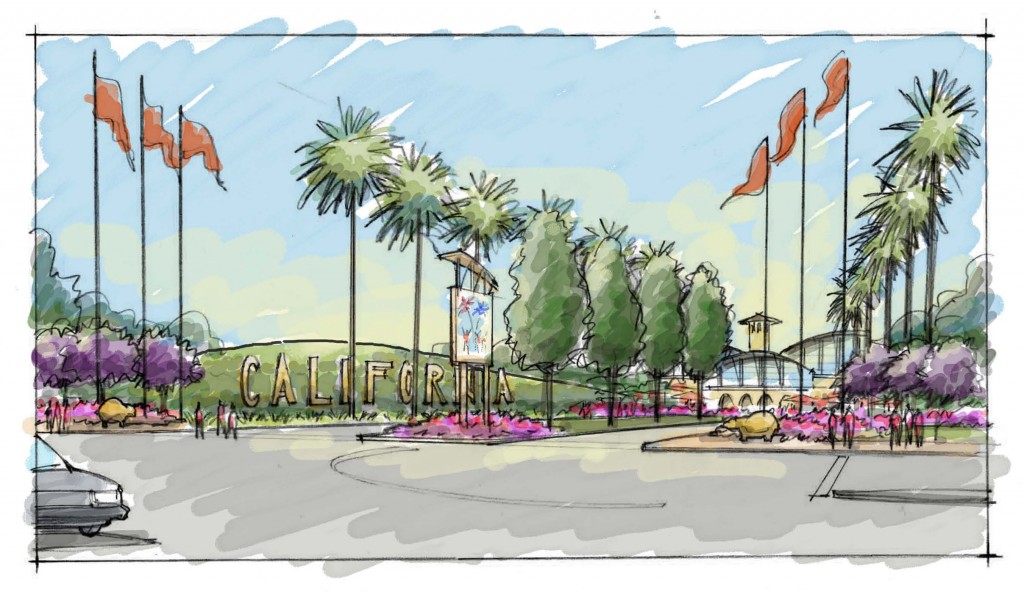 “As we near the completion of the Disney California Adventure expansion, it was important to us to find an appropriate home for the ‘CALIFORNIA’ letters,” said Disneyland Resort President George A. Kalogridis. “The letters were very popular with millions of Guests over the past decade, and Cal Expo is a fitting destination to continue their legacy.”

Disney also released a complete list of donations that they have made using props, and fixtures from California Adventure. It brings me joy that the letters, and so many other fixtures could be donated to charities.

·         The cab of the California Zephyr train that was formerly the home of Bur-r-r Bank Ice Cream and Bakers Field Bakery was donated to the Western Pacific Railroad Museum in Portola, Calif.

·         The sun icon that welcomed visitors to Sunshine Plaza was donated to the City of Anaheim for future use.

·         The giant toy train from EnginEARS Toys will be donated to Children’s Hospital of Orange County (CHOC Children’s) for future use.

·         Postcards and displays from the Greetings From California store at the main entrance of Disney California Adventure park were donated to many Southern California nonprofit organizations and educational facilities including the Boys & Girls Club of Tustin, the Anaheim Family YMCA, the Child Abuse Services Team office in Orange, the Environmental Nature Center in Newport Beach, and Betsy Ross and Orange Grove elementary schools in Anaheim.

·         Signs and character displays from Greetings From California were donated to Pretend City in Irvine.

·         The Reboundo Beach surfboard basketball game was donated to the Boys & Girls Club of Garden Grove.

·         Benches from throughout Disney California Adventure were donated to the City of Anaheim for use in public spaces.

(This news was shared through a Disneyland Press Release.)

Next Post: A Staggering Series of Stupendous Stunts: Disney Alliteration at its Finest