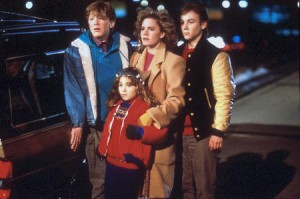 To satisfy consumer demand and serve the growing base of Blu-ray™ households, The Walt Disney Studios today announced plans to add more than 30 popular and iconic films to its ever-expanding Blu-ray™ library.  Each film selected for release has been fully digitally remastered, with dirt and anomalies cleaned to a pristine level, offering viewers optimum high definition picture and sound quality of some of their favorite films.

The films selected for release appeal to families, film-lovers and collectors with a wide-breadth of Live-Action, Animated, Romance titles that range from Beaches to While You Were Sleeping and Pocahontas to The Santa Clause. Many are celebrating special 10th, 15th and 20th Anniversary Edition releases, many are ACADEMY AWARD®-Winning Films like Dead Poets Society, Evita, Dick Tracy, and many are back by popular demand including Hocus Pocus, Adventures in Babysitting, and The Color of Money.

“We receive many requests and comments from consumers seeking specific titles they’d like to own on Blu-ray and, as such, we carefully selected a number of popular films that will satisfy demand from fans worldwide,” said Lori MacPherson, Executive Vice President, Product Management, The Walt Disney Studios. “As we grow our Blu-ray catalog we will continue to utilize the best technologies to provide the most pristine and immersive in-home experience of our films.”

In 2011, consumers’ high-definition packaged media purchases continued to rise with Blu-ray disc sales in the U.S. tallying more than $2 billion.  The Studio’s titles were among the most popular of the year with ACADEMY AWARD® nominee The Help, Disney’s Pirates of the Caribbean: On Stranger Tides, Disney’s The Lion King, Disney/Pixar’s Cars 2and Disney’s Tangled all ranking in the industry’s Top 10 Blu-ray releases, according to the DEG.

The year-long campaign launched in January 2012 with the release of Good Morning, Vietnam and Dead Poets Society for the first time on Blu-ray. Both films earned Robin Williams an OSCAR® nomination for Best Actor and are the perfect addition to any in-home moviecollection.

Beginning in May, the Studio will start to celebrate a number of film anniversaries, introducing multiple great films to Blu-ray including Father of the Bride and Bringing Down the House releasing on May 15th; The Color of Money, Cocktail and Ransomreleasing on June 5th; Sister Act and Evita releasing on June 19th; and The Horse Whisperer, Under the Tuscan Sun, Phenomenon, Step Up, Home On The Range andTreasure Planet releasing July 3rd.

And just in time for Halloween and the holidays, a wide array of titles that make perfect stocking stuffers for film fans will include titles such as Hocus Pocus, Arachnophobia,The Hand That Rocks The Cradle, Son of Flubber, Cold Creek Manor, The Santa Clause Trilogy, The Absent-Minded Professor, Flubber, While You Were Sleeping, Sweet Home Alabama, Beaches, Babes in Toyland, Atlantis: The Lost Empire,Brother Bear and Dick Tracy