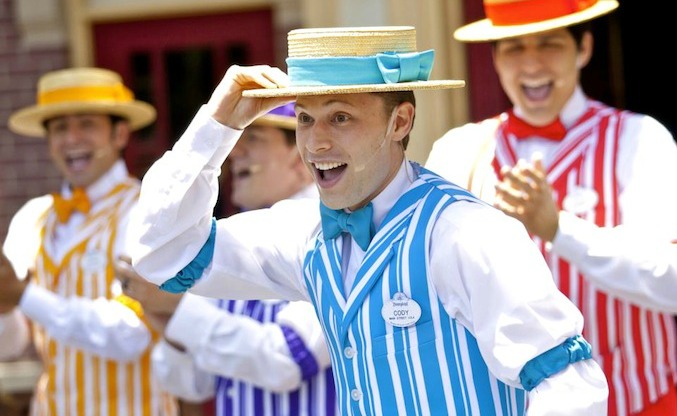 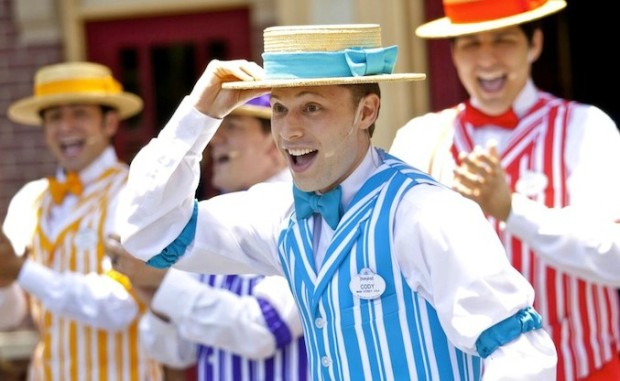 Disney Legend Richard Sherman wrote two new songs for the Disneyland 60th anniversary. We already shared a recording of the first song, Kiss Goodnight, which is the music for the finale of the new Disneyland Forever fireworks show.

Now, here is a video of the second song titled the “Disneyland Anniversary Song.” The melody was lifted from a song that Richard and Robert Sherman wrote together fifty years ago for the Disneyland 10th Anniversary. You may remember it as the song with the dancing cake in front of the castle from the Disneyland television show.

The song will be performed by the Disneyland Dapper Dans daily. I am quite happy about the prominence of Richard Sherman's music in the new offerings and the return to Disneyland's roots. I am just as excited about the mixture of the classic Main Street Electrical Parade “Baroque Hoedown” theme music's inclusion in the new Paint the Night parade.

Sign up for our weekly Disney Dose newsletter for more on Disneyland and updates on the 60th anniversary celebrations. Join us on our Facebook page for daily updates.

Previous Post: Disney’s Tomorrowland: a Lesson of Optimism and Hope For the Future

Next Post: Join the Disney Dose Founders Club + Get a FREE Copy of the Book