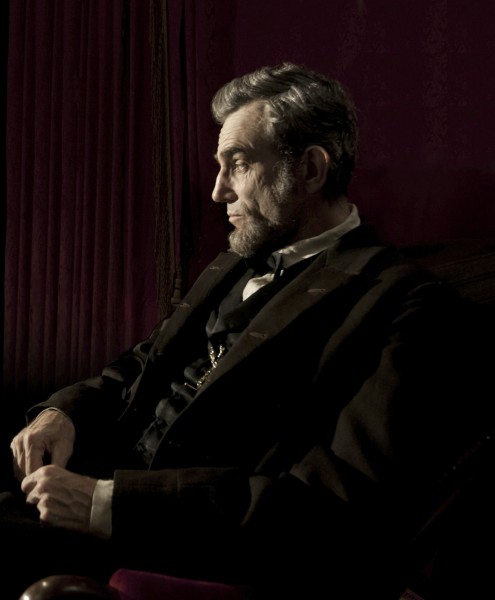 Disney and Steven Spielberg released the first still of ‘Lincoln'(Pictured Above) starring  two-time Oscar-winner Daniel Day-Lewis. We already announced the film ‘Lincoln' and shared with you that not only would the Daniel Day-Lewis be in the film but also  Joseph Gordon-Levitt, Tommy Lee Jones, Jared Harris, David Straithairn and Sally Field.
This fantastic masterpiece is based off of Doris Kearns Goodwin’s Team of Rivals: The Political Genius of Abraham Lincoln.
Previously, I said that the movie would be made the correct way. I continue to say this as it seems that Abraham Lincoln will be portrayed in the correct way, in other words, not as a Vampire Killer.