The new Cinderella is a fantastic retelling of the classic fairytale that closely resembles the animated version, while still adding more depth and beauty to the story than ever before. 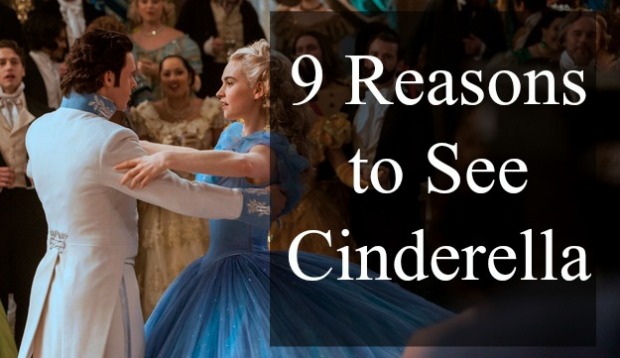 Here are the top nine reasons that you should go see the new version of Disney's Cinderella. 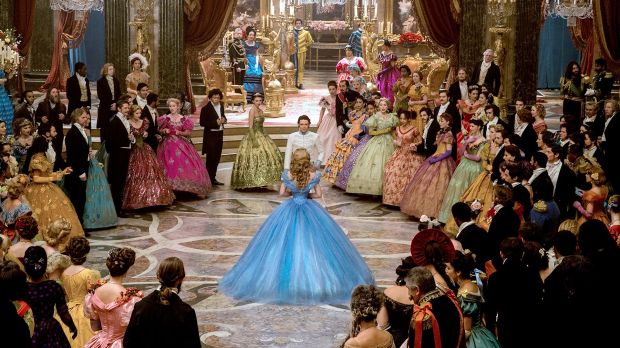 The visual designers did a wonderful job creating a world of fantasy that doesn't look too computerized. There is nothing worse than being immersed in a beautiful story and then being yanked out of it by poor computer graphics. This is not the case in Cinderella.

Sweeping long shots are combined with rich set design to create a fairytale world that looks so real we could almost step from the theater onto the dirt road.

Each actor was perfectly cast to enhance the story. Lily James as Cinderella brings a sense of innocence and place to the character. Richard Madden helped to add character to the usually dull Prince Charming.

The real win was the acting by Cate Blanchett who played the Evil Step-Mother, Lady Tremaine, absolutely wonderfully.

Follows the Script With Some Differences 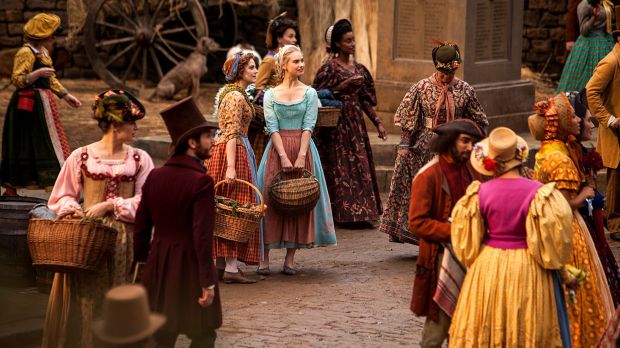 Fans of the original animated classic will really enjoy this new version. The script for the new movie is based on the 1634 story of Cendrillon by Charles Perrault.

As the animated movie and this new version share the same source material, a majority of scenes are very similar, but the new live action film is able to go more in depth on certain pieces from the original story.

One of the plot points that was expanded upon is how Ella became Cinderella and how she lost her mother, father, and servant friends. We finally have the entire picture painted for us that explains how the beautiful blonde girl ends up sleeping by the fire, talking to mice, while serving her step mother and step sisters.

With the added details about Cinderella's backstory came new details of why the stepmother is just so evil. For the first time, we don't just see the way things are, we see WHY things are the way they are.

“Have Courage and Be Kind”

Throughout the new film, Ella reminds herself of the words her mother taught her. This saying is “have courage, and be kind.” This is the driving slogan for Ella's continued happiness throughout the film and provides a string that nicely connects the story.

When I first heard it, I couldn't stop thinking of this scene from The Help.

He Loves Her For Her Goodness 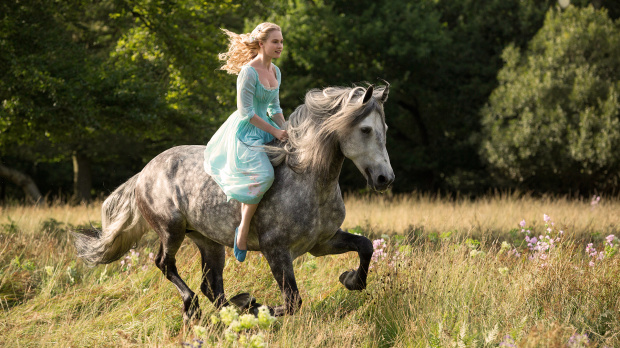 When the prince first meets Ella, she isn't in a beautiful ball gown. Ella is running away from her step family in her dirtiest work clothes and has ashes all over her face. I think it is safe to say that the prince doesn't fall in love with her specifically for her beauty.

The director successfully used this interaction to add depth to the love that Prince Charming finds for Cinderella. He loves her for her sayings of “have courage and be kind” and for her attitude.

Good for the entire family

The entire family can see this film. This is a welcome break from all of the swear word filled bloody films that seem to constantly fill the theater. Here we have the perfect amount of magic mixed with the “happily ever after” feeling to create a movie everyone will enjoy. The only caution is the deathbed scene with Cinderella's mother

Costumes Appreciated Even By the Fashionless

Being a young guy, I don't consider myself to know fashion. But, even I can tell you that I was wowed by the incredible costumes used throughout film whether it was the dress of the evil stepmother or the live action version of the incredible blue ball gown worn by Cinderella. A recent article by Babes in Disneyland has me even more interested in the costumes. 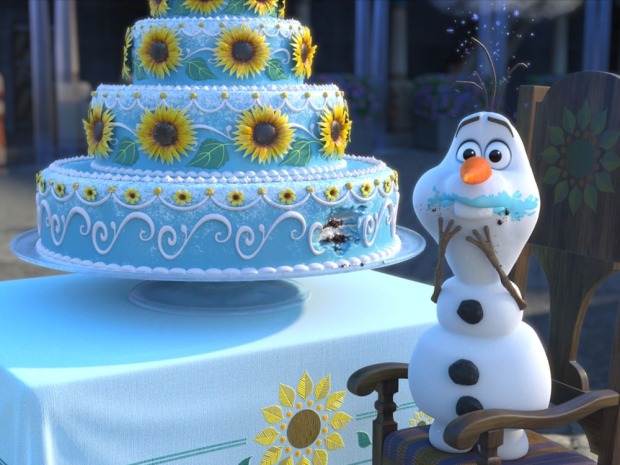 I'm making today a perfect day for you! The new song from the Frozen Fever short that debuted before Cinderella is now stuck in my head. This short was a nice trip back into Arendelle that lasted just long enough to get everyone excited for Frozen 2, which was recently announced.

(I still can't get over the fact that one of our guest movie reviewers didn't like the movie.)

My one personal quip was the use of Helena Bonham Carter as the fairy godmother. I would have preferred someone who was more grandmotherly and resembled the character from the original film a little more. Aside from this small criticism (back seat directing, if you will) there is very little for me to complain about.

In the next coming years we should expect to see even more of this type of retelling of classics from Disney and other studios. This version of Cinderella was a fantastic dusting off of the source material, and if that is the plan for all of the upcoming retellings of classics, I am quite excited indeed.

You should see this movie if you enjoy the classic Disney animated films, want a magical escape for a couple of hours, or would like a change of pace from the blood-filled flicks that seem to constantly fill the theaters.

I am very happy to have seen Cinderella and recommend the film.

Previous Post: He Rode Disneyland’s Indiana Jones Adventure 22 Times in a Row–That’s Why the Music is So Good