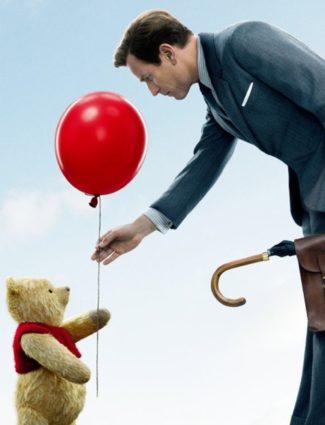 It seems that Disney has done it again by successfully reviving an old classic sure to strike chords of nostalgia in many with the newly released Christopher Robin playing in theaters now.

If you're looking for a film to wrap yourself in like a familiar and cozy family blanket then this is the film for you. Winnie the Pooh is back with all his Hundred Acre Wood friends in this live action Disney remake staring Ewan McGregor as Christopher Robin. Jim Cummings does the voice of our famous silly old bear and brings the character to life.

To our surprise, Christopher Robin grows up to be a high-strung workaholic with some harsh (perhaps PTSD invoked?) memories leftover from his time spent in the war. Disney does well to not turn children off from this movie by not focusing too long on Christopher Robin's war experience. But adults can see how this experience played a strong part in his evolution from boy to man. Christopher Robin returns as a changed and not-so-carefree man to his wife and young daughter. Often focusing on work rather than time spent with family, his young daughter (Bronte Carmichael) is left wanting to fulfill a role of duty rather than play while his wife (Hayley Atwell) shows frustration at her husband's time spent at work.

Christopher Robin is all grown up now and with that comes the responsibilities and pressures of work and family life. We see insights into his stress at work led by a certain woozle of a boss (Mark Gatiss) and the unpleasant tasks his boss assigns him such as cutting jobs of fellow employees. When Christopher Robin's worlds of work and family collide, leaving him feeling hopeless and the audience feeling sympathetic, here comes Pooh.

Winne the Pooh's appearance back into Christopher Robin's life begins with hilarity at the reality of the situation of finding a talking bear sitting on your neighborhood park bench. From there our adventure takes off as Winnie the Pooh pleads with Robin to come back to the Hundred Acre Wood to help him find his lost friends. We see the whole Hundred Acre Wood gang in this film such as Tigger, Piglet, Eeyore, Owl, Rabbit, Kanga, and Roo.

The movie tells a heartwarming story of the importance of family, enjoying the sweetness of life, and the value of simply doing nothing that will strike a chord in adults as well as children. The banter between Christopher Robin and Pooh is sure to leave people of all ages laughing as that bear of very little brain works to remind Robin of how doing nothing often leads to the very best kind of something. 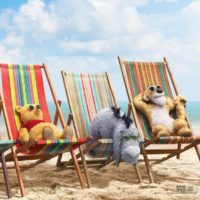 Personally, I absolutely adored this movie. I grew up reading and watching Winnie the Pooh like so many of us and the nostalgia alone was enough to make me smile. I was initially worried about this live remake and how the characters would be portrayed in a live action film but Disney does not disappoint. The characters look like lovable stuffed animals that you want to carry home with you afterwards.

As an adult and parent, I identified with Christopher Robin's struggles of balancing work and family that the movie explores which makes this an enjoyable film for all ages. This newest Disney addition is more than just a movie for parents to suffer through for their kid's sake. There is a lesson to be learned for all adults and one that you will enjoy whether you laugh or cry to this warm Disney film.

Like I mentioned in the review, there are a few dark moments in the beginning that parents might want to be aware of. See Common Sense Media's page on the film for more information. Those moments were so fast, however, that I don't see them impacting kids too strongly.

Christopher Robin came to theaters on August 3rd and is currently playing in theaters now.

Previous Post: 15 Magical Facts About Disneyland That Will Surprise You

Next Post: Remembering 9/11 Aftermath in Disneyland and WDW: This Day in Disney History