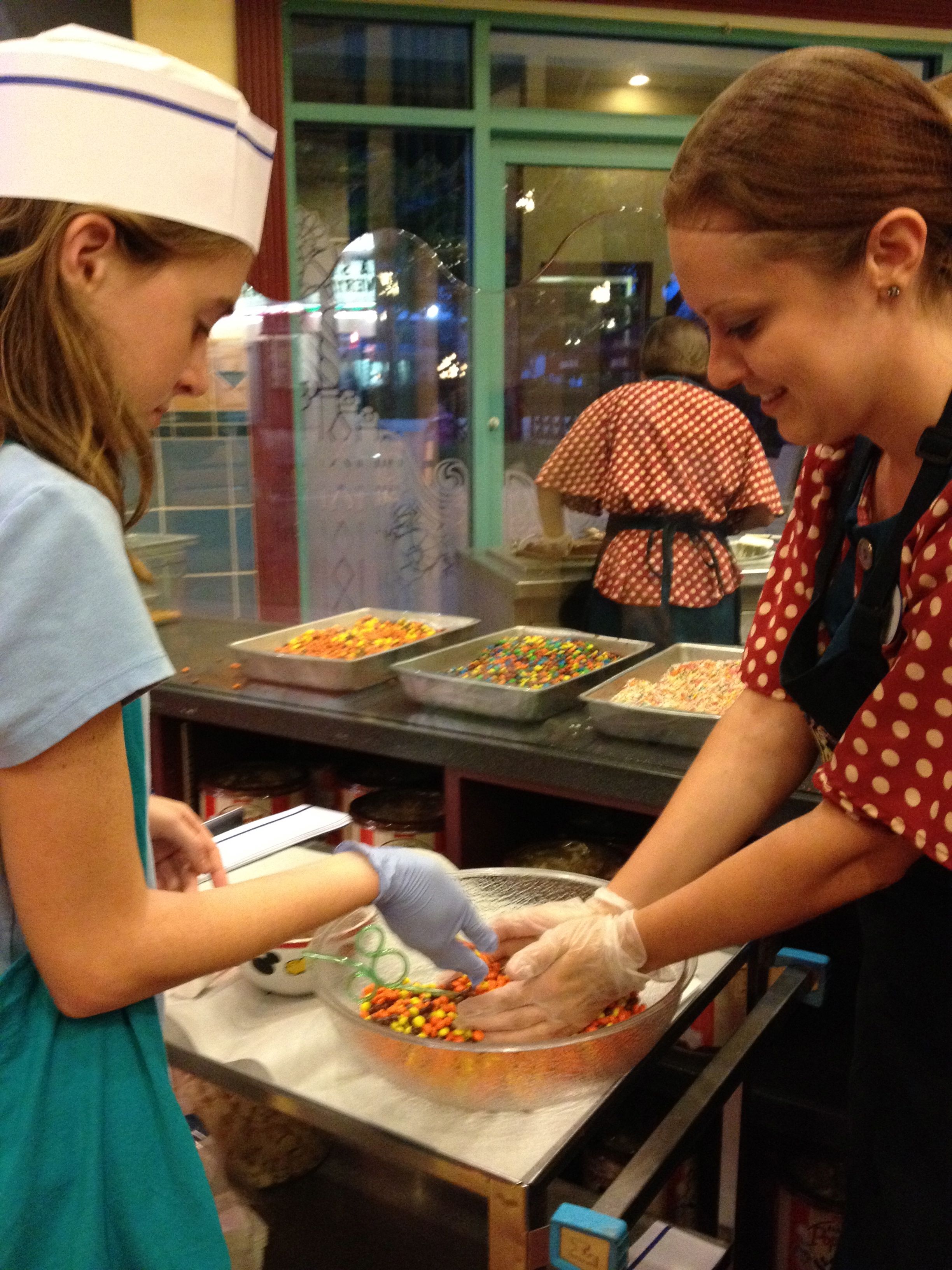 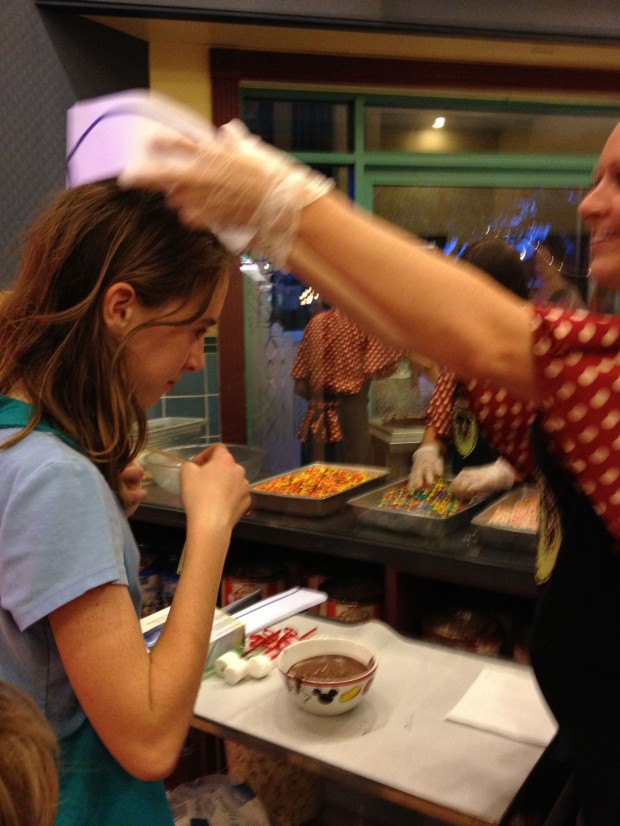 Magical Memories do not happen all day every day.  It really wouldn't be magic then, would it?  One cast member in Sweet Spells created a Magical Moment for my daughter on a visit last May.  It made such an impression on me that I included her in my Characters of Disney article.  The day started out like a typical day in Hollywood Studios.  We looked for Hidden Mickeys along Hollywood Boulevard and then stopped in to Sweet Spells to drool over the magnificent chocolate covered treats they sell.  As we were pointing out all of the treats we wanted to devour, the cast member asked my daughter if she wanted to create her own marshmallow treat. 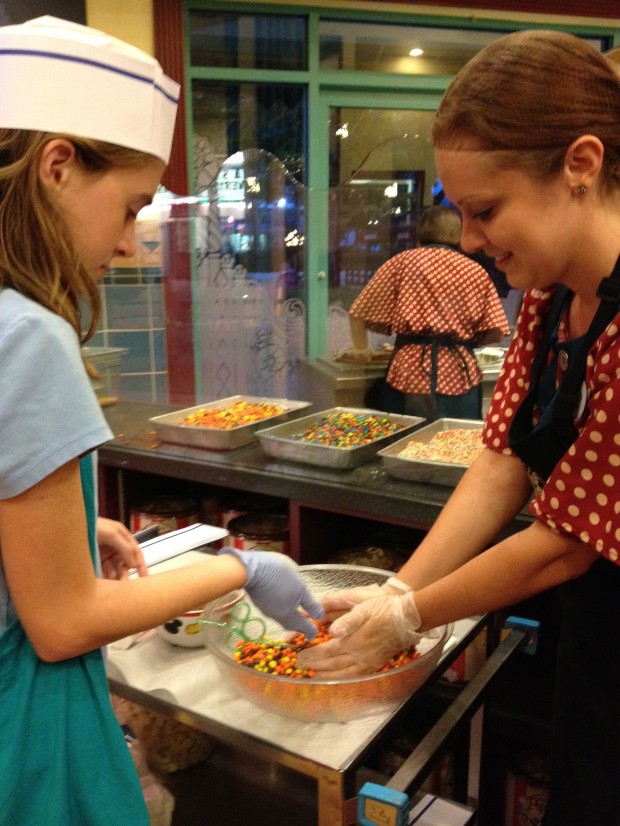 You would have thought that the cast member was putting a crown or a tiara on my daughter's head instead of the cook's hat by the way she was giggling.  We have spent many evenings watching the cast members create the delicious treats in Sweet Spells through the window at the end of the building.  The way they take so much pride in each treat, covering it in chocolate and then rolling it in the candy toppings, is something to see.  My daughter has seen this process many times and for her to get to create her own (for free) was very special.  There was no one else around us so the cast member was very patient with my indecisive child and helped her through all of the steps.  I have not seen anyone before then create their own marshmallow treat at Sweet Spells and have not seen it since.  After she created her own edible work of art, we all sat on the benches outside of the shop and ate our Magical Memories.  Magical Moments are a rare treat to find and in this case, quite yummy.  Even though it was almost a year ago, I remember that cast member and how she made my daughter feel.  Maybe this May, I will look for her again at Sweet Spells and tell her that she created a Magical Memory for our family.