Disney's Fantasy ship is going to receive “Disney’s Aladdin — A Musical Spectacular”,  this news was announced today in a press release.

The exclusive live theater production “Disney’s Aladdin — A Musical Spectacular”is staged in the luxurious, 1,340-seat Walt Disney Theatre. In the fast-paced 45-minute musical comedy, Aladdin is back as the “street rat” of Agrabah meeting up with a Genie who grants him three wishes, battling the evil Jafar, and falling in love with Princess Jasmine.

It seems to me that the description of the show coming to the Fantasy is the same as this description.

In this musical comedy, Aladdin is back as the “street rat” of Agrabah who winds up the unlikely owner of his very own Genie who grants him 3 wishes! When he meets the rebellious young Princess Jasmine, daughter of the Sultan, he falls in love with her. But Princess Jasmine is being courted by Jafar, an evil wizard with impure intentions. He is searching for the lamp that holds the Genie who is now Aladdin's ally, hoping to usurp both the Sultan's throne and the Genie's power.

The description above is taken strait from Disneyland's website describing the Aladdin-A Musical Spectacular. It is almost the exact same except for it is a little longer. So it saddens me to spell this out but Disney's California Adventure seems to be about to loose Aladdin. The same thing almost happened two years ago, when Disney tried to switch Aladdin for Toy Story the Musical. The online response to that suggested action stopped it for awhile. When the Disney Parks Blog posted that Aladdin would be staying they slipped this in. 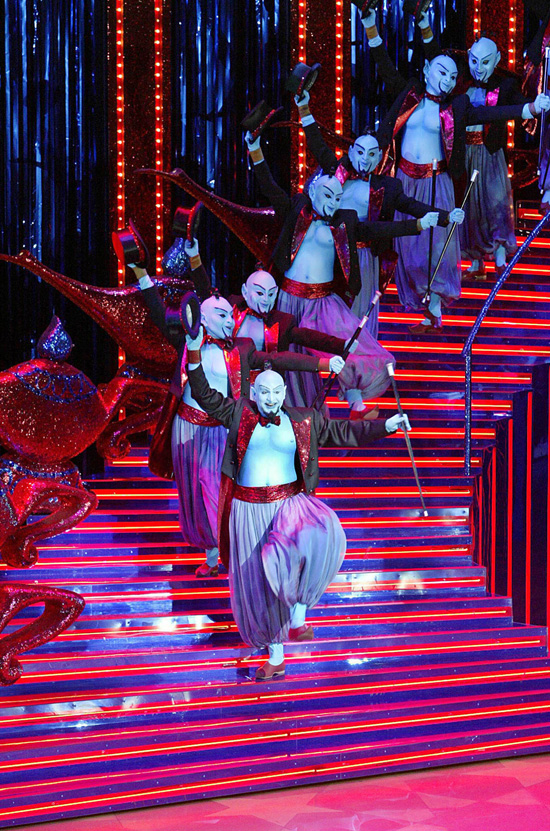 Although “Toy Story – The Musical” was scheduled to move into Hyperion Theater following Genie’s last bow, Buzz, Woody and their pals will stay focused on the new additions in Toy Story Mania…for now.

Previous Post: What is to Come for Disney World and the Cruise Line