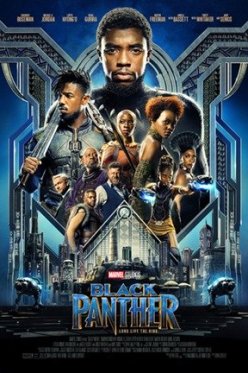 Marvel's latest film, Black Panther, was incredible! I can easily confirm that this new film is in my top 3 Marvel movies of all time. Black Panther delights with a fast paced story, strong leading characters–of both genders, and incredible visuals.

The third feature from director Ryan Coogler, who brought us Creed and Fruitvale Station, is surprisingly fresh for being Marvel Studios' 18th film. The movie takes places largely in the mythical African country of Wakanda. The country is built on a bed of the rarest metal on earth. The metal allowed for the Wakandan people to make advancements in technology that improved all aspects of life.

Our story revolves around the struggle for the thrown between T'Challa, the man we know as the Black Panther from Captain America: Civil War, and Killmonger. Part of the success of the story comes from Killmonger, who at first glance seems a brutal villain, having a clear motivation to right former injustices of slavery that we can connect with. While we may not agree with his way of going about it, this conflict and our understanding makes Black Panther a lot more than a good versus evil superhero film a la Captain America fighting Nazis.

And right alongside T'Challa are his mother, sister, and longtime best friend/love interest. They are as much the stars of the film as he is. Shuri, T'Challa's younger sister, was my favorite character in the entire movie. Played by Letitia Wright, Shuri was insanely smart and not afraid to poke fun at her newly crowned king brother. Responsible for most of the tech developments in Wakanda, she is strong, smart, and most importantly felt like my own sister. If I could hangout with any character from the film it would be Shuri. 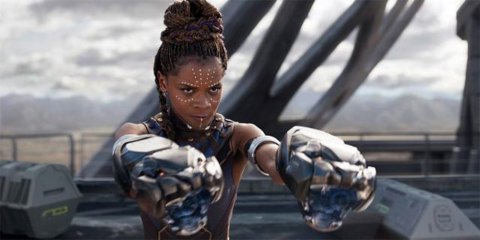 As you have likely realized, Black Panther is the first black superhero ever. While that is important, the film they created around that character is almost more impressive and earth shattering. They created an authentic feeling of Africa in the setting, costume, and story elements while also painting the struggles of an African American in the US. This is not just a black superhero, but an African superhero with the story about his heritage. The visuals capture the stunning beauty of the continent and the costumes drew inspiration from varying tribes (see a great featurette on this). They easily could have had a story of Black Panther set against the backdrop of New York City, but that would not have had nearly the same power and effect as this culturally centered piece.

Disguised as an impoverished country world, Wakanda melds the countryside and high tech developments. People walk through dusty streets alongside floating trains while the latest health technology is discovered below the surface. The production design team did a fantastic job creating a world that was somehow grounded, believable, and aspirational. 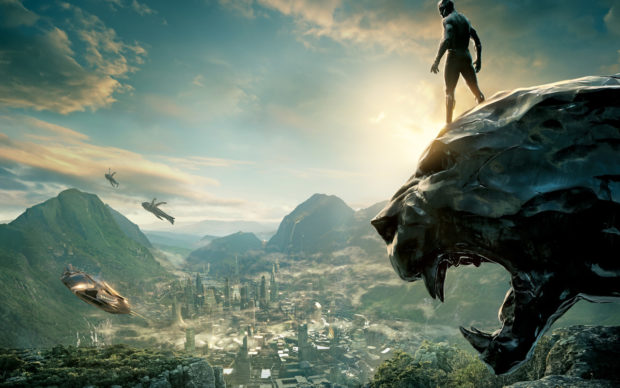 Black Panther is an incredible addition to the Marvel Studios lineup. I cannot say how excited I was leaving the theater after experiencing this genre-rocking superhero film. The 2h and 15m flew by and I just wanted more of all the characters. I can't wait to get back out to see the movie once again when it is released to the public!

Read more from us below:

Previous Post: Top 25 Best Disney Blogs That You Should Be Reading

Next Post: Do Your Homework Before Seeing Avengers: Infinity War–NO SPOILERS