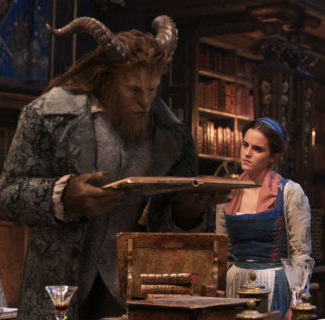 Watching the new Beauty and the Beast film was like meeting an old friend for the first time. This retelling of the story added depth to the classic story we all know and love.

Arguably, Beauty and the Beast is one of the most loved animated films of all time. The original film was a turning point for stories that could be told through animation and for the Disney company as a whole. That 1991 version marked the first time that an animated film had ever been nominated for the Best Picture Academy Award (the film won two Academy Awards for best song and best score).

So when this new film was announced, I was curious to say the least. What more could they add to the classic telling of Beauty and the Beast that had been so well received? My faith in the studio's ability to create powerful remakes was increased with the release of the 2015 retelling of the classic Cinderella film. I hoped that the same level of realism and outright passion for the story found in the Cinderella remake would appear in the new Beauty and the Beast film.

And, I was not disappointed…

Beauty and the Beast Review

The writers and director of the new film were able to breath new life into the classic “tale as old as time.” The new film found its success in incredible writing to add more layers to the characters, the deeply talented cast of actors, and powerful music throughout.

The script for this new version of the film somehow jammed tons of new information into the story without boring the audience with the details. They were able to bring a new perspective that helped to provide all of the motivations for the characters. You won't find any glaring holes in the plot here. Those were all filled with details that make a truer understanding of the characters and a deeper love for them possible.

Specific choices were made to make Gaston quite villainous. You will have no problem rooting for his demise after the actions he makes in this film. His character is actually malicious. On the other hand, Belle has even more spunk in this version. The moment she is locked up in the cage she promises her father that she will escape. She even creates a tied line of sheets to scale down the palace walls (though she doesn't ever quite make it that far). Another nice addition was the creation of a love of books in the Beast. Now, there is a clear development in the story were the Beast and Belle connect over their shared love of books and reading (there are some clever Shakespeare and other classic literature references thrown in). 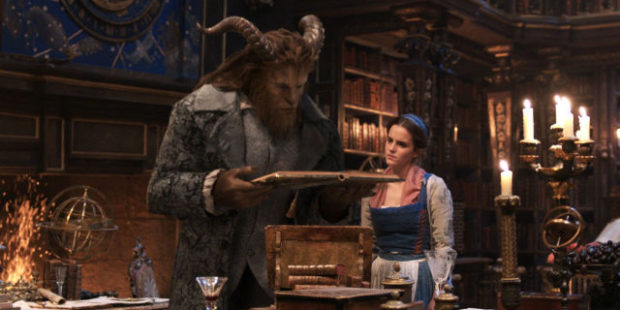 All of these story points were beautifully brought to life by the incredible ensemble of actors in the film. There is no better place to start than with Emma Watson. She fit perfectly into the role of Belle. Emma Watson is the worldly and sophisticated person that Belle aspires to become. Her personality fit perfectly in with the new character and she did a marvelous job. Now, we can't stop there. The supporting cast was star studded with Emma Thompson playing Mrs. Potts, Stanley Tucci and Audra McDonald playing a harpsichord and wardrobe, and Ewan McGregor and Ian McKellen playing the classic Lumiere and Cogsworth duo. Josh Gad (Olaf from Frozen) plays Le Fou, Gaston's trusty sidekick–another character that was given much more depth in this new version. Kevin Kline plays Maurice, Belle's lovable father, and delivers yet another inspired performance. 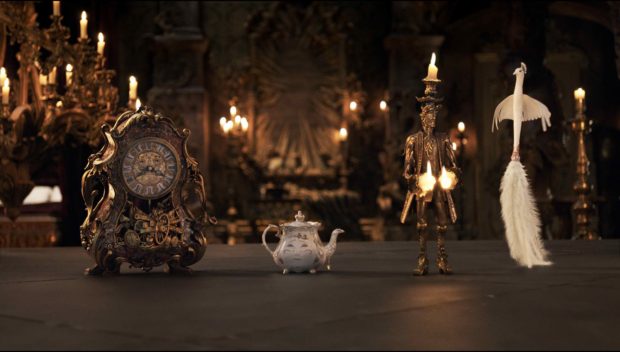 This film is a return to the golden musical age of Hollywood. The room I was screening the film in began to applaud after both “Be Our Guest” and “Beauty and the Beast.” From a room full of jaded reporters and familiar studio families, that's rare. After having just watched La La Land, it is difficult not to compare. That film was reviewed as the return to golden age musical we've all been waiting for, but this new Beauty and the Beast blew me away with its incredible musical numbers and boisterous scale.

Alan Menken, the legendary composer for the original film and so many other Disney classics, returned to work on this new telling. The new songs were blended in with the classics seamlessly.

The 2 hours and 9 minutes of the film flew by, and when the credits began to roll, I was planning when I could see it again (a rare occurrence for me with new films). This will be a movie–and soundtrack–you will not be forgetting anytime soon.