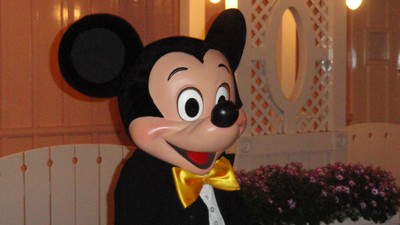 So my wife and I are sitting at home watching TV the other night when on comes one of those well made, fun filled commercials for Disney Parks – you know the ones where everyone from 3 to 83 has a smile on their face and Disneyland and WDW's Magic Kingdom blend in together as if it was one park. My wife blurts out “I want to go to Disneyland now!” Yep, its time, time to recapture the magic; time to pay a visit to the Mouse. I don't know about now – but it's coming – a time when my wife and I will wear our Disney smiles again. Can't come soon enough if you ask me. 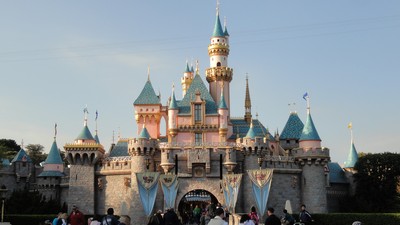 I've never had a bad day at Disneyland. My worst days were probably my own fault as illness crept in. Is there anything worse than spending months planning a trip to Disneyland, making that trip Disneyland, then somewhere along the line, begin to catch a cold? Been there done that, a couple of times. If you're lucky, the cold comes on your last day at the park and not your first. So yeah, catching a cold or flu might be something that turns that Disney smile into a frown. But looking back on that Disney Parks commercial that we saw the other night, I understand the reasons to smile but I'm here today to tell you that if you think you are going to wear that Disney smile all day long at the park, you've got another thing coming. There is the other side of the Mouse, things that happen at the park that are frustrating and aggravating and your hope at the end of the day is that the the totals from the fun, magic, smiles side are greater than the frustration and aggravation side. It generally is. 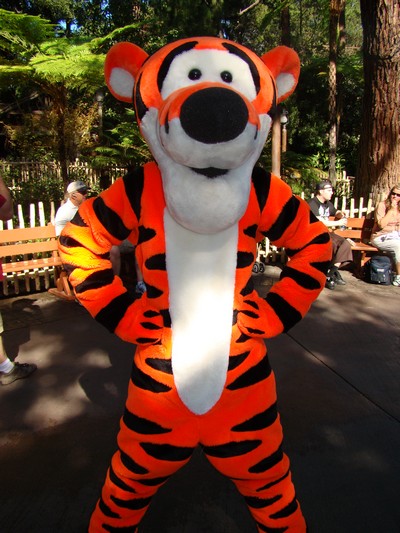 Sometimes it feels like a conspiracy, a plot to ruin your Disney day and it all starts with the masses of people passing through the turnstiles. The place gets crowded and crowds equal lines. If you have no patience for lines, you have no business being in a Disney park. Here is my number one rule for getting the most out of any Disney Park, GET THERE EARLY. Especially in Disneyland, the crowds build as the day moves on. If you want to get a lot done with a minimum of wait, arrive before the crowds do. You will be amazed what you can do before noon – that's a reason to smile. That 90 minute wait for stand-by to get on Splash Mountain 3 in the afternoon, not so much. It also helps to know how to use the fast pass system but savvy Disneyland veterans know that you can maneuver through the attractions using a minimum of fast passes, again, it comes down to arriving early. 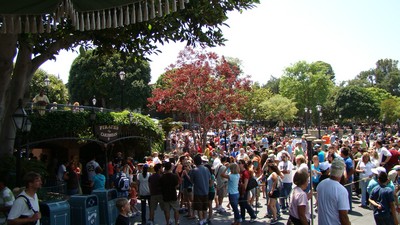 Oh, the humanity! Some of the nicest, friendliest people in the world are people visiting Disney. Need park help? Need park advice? Ask a Disney person and you will get your answer and then some. They'll smile; you'll smile as you share your Disney day. Most people are like that – most – BUT NOT ALL. Again, especially in Disneyland, you will have a chance to witness some of the rudest behavior imaginable, people whose personal park experience is believed to be more special than the other 40,000 people in the park. Where else but in Disneyland will you see a 6 foot tall man wearing mouse ears walk right up and stand in front of a 5 year old to watch a parade or fireworks right before it starts?

In Disneyland, there are no shortage of people who do not know how to follow simple rules. Everybody forgets to turn their flash off on there camera once in a while. That person who is taking a flash pictures of every scene is Pirates of the Caribbean is not being forgetful. Nor are the two teenagers sitting in the first seat who have there legs draped over the front of the boat. You will hear and read it over and over, no flash photography or video lighting; keep your arms and legs inside the ride vehicle at all times and at least a dozen times in a day, you will see men and women, old enough to know better, think that the rules are for someone else. 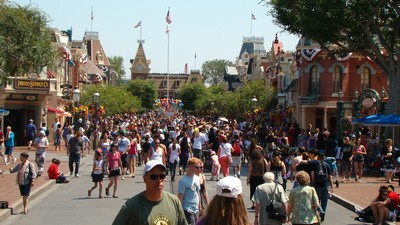 Yep, other people can certainly can cause your blood pressure to rise by poor behavior but sometimes you can't leave your own family off the hook. This is especially true if you are in the park with a large group. You want to stay together but eventually families almost always run into competing agendas. There sooner you realize that not everyone works on the same page, the better your park visit it going to be. Best advice, pick your spots to be together but realize you will need to have time to be apart. And watch out for weariness.

Remember my wife and I sitting in front the TV spot watching the Disney Parks commercial dreaming of when our next trip will be? Here is the other side – we both know that if we make our usual 4 or 5 day trip to Disneyland, there will be at least one very strong “difference of opinion”. Oh yeah, the fight is on. Hopefully its short but we both know its coming. And I can pretty much tell you when the fight is coming – late afternoon or early evening of about day 3. By that time, Disney exhaustion has begun to set in and the smallest difference of opinion can quickly escalate simply from being tired and cranky. It's hard but try to avoid getting overly tired – it can lead to bad things. 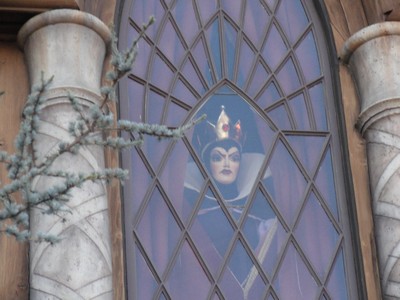 Before I go, I'm not letting Disney off the hook either. One of these days, I'm going to go through Disneyland and just count cash registers. They are out to sell anything and everything at an inflated price simply because “we are Disney and what we sell, people buy”. Disney sells nice collectible items that people pride themselves in purchasing. They also sell a lot of cheap stuff that they should be ashamed of putting in one of their retail stores. As a personal note, not every souvenir you buy even survives the trip as your $25 POTC baseball cap goes flying into water on Grizzly River Run (I've actually lost two Disney hats on that ride – maybe a lesson has been learned – maybe). Instead of counting cash registers, maybe I should just count the number of times I have to reach for my wallet in the course of a Disney day.

And then there is the food. In recent years, Disney has made efforts to upgrade their in-park dining but for casual park visitors, chances are pretty good that you are going to be disappointed in something that you have paid an arm and a leg  for when in comes to Disney dining.

BEST DISNEYLAND TREATS-You Haven't Heard of One of Them

It has has taken many years, but my wife and I have manged to eliminate a lot of the disappointment in park dining with careful choices of what to eat in the places we like. We had to eat a lot of bad food to get there though. 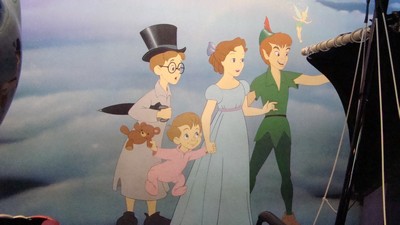 But after all is said and done, after dealing with rude behavior, family arguments, and Disney trying to suck the last dollar out of my bank account, I have to say, at the end of the day, I still have countless reasons to smile. The best of Disney is greater than some of the frustration that you have to put up with. That smiling guy on the Disney Parks TV commercial? That could be me, surviving the worst and remembering the best. 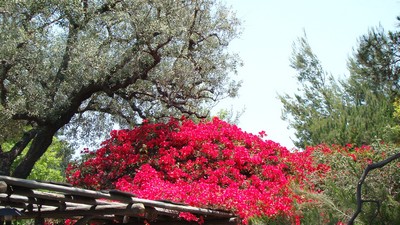 Previous Post: For Some It Really Is A Tower Of Terror